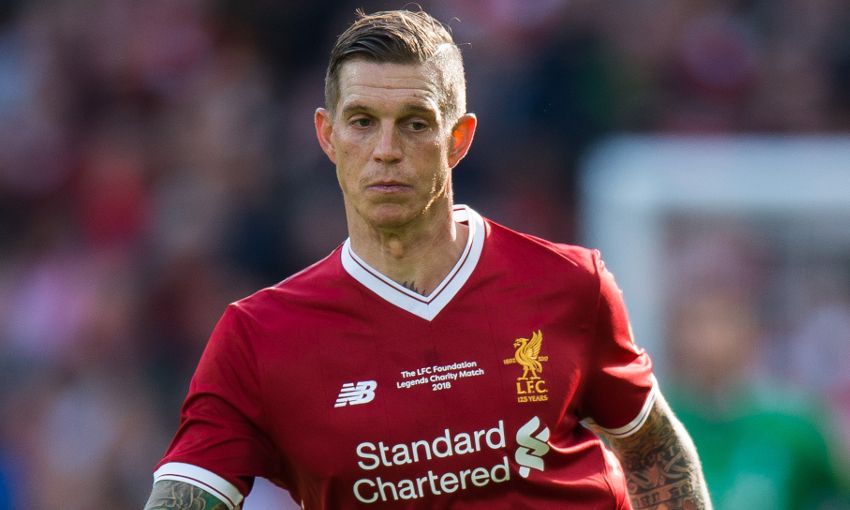 The Dane returned to Liverpool to represent the Legends team in a goal-filled charity match with Bayern Munich which ended 5-5 as funds were raised for the LFC Foundation.

The Reds had raced into a three-goal lead early on but squandered their advantage and trailed by one heading into the final minutes – until Bjorn Tore Kvarme popped up with a driven finish at the Kop end to level the score.

Agger was delighted to pull on the shirt again and contribute to the cause, though the centre-back could not shake off old habits and rued the failure to keep Bayern at bay.

“We’re never happy to concede five!” he told Liverpoolfc.com. “But the most important thing was the show and the cause, helping the foundation. And I think it worked.

“It was hard but it’s always nice to be back, especially in front of a full house. I haven’t touched the ball since the Sydney trip last year, so it was nice to touch it again but it’s getting harder and harder.”

The retired 33-year-old lined up alongside a host of teammates from his spell at Liverpool, including Xabi Alonso, Jamie Carragher, Luis Garcia, Steven Gerrard, Dirk Kuyt and John Arne Riise.

Asked what he missed most about being a professional, Agger said: “It’s just being in a game, feeling the atmosphere and playing for something.

“When you get out of football, it’s difficult to reproduce that in anything you do. That has been the hardest thing for me. It’s always nice to see the guys and to play alongside them is even better.”

And there was the chance to ‘give something back’ on a day when a sold-out crowd helped to raise money to support the initiatives of the LFC Foundation, which aims to create life-changing opportunities for children and young people.

“I’m not sure it can happen anywhere else in the world. Here, it happens every single time,” Agger said of the capacity turnout. “This is the least we can do.”

Agger: Anfield brings back so many good memories