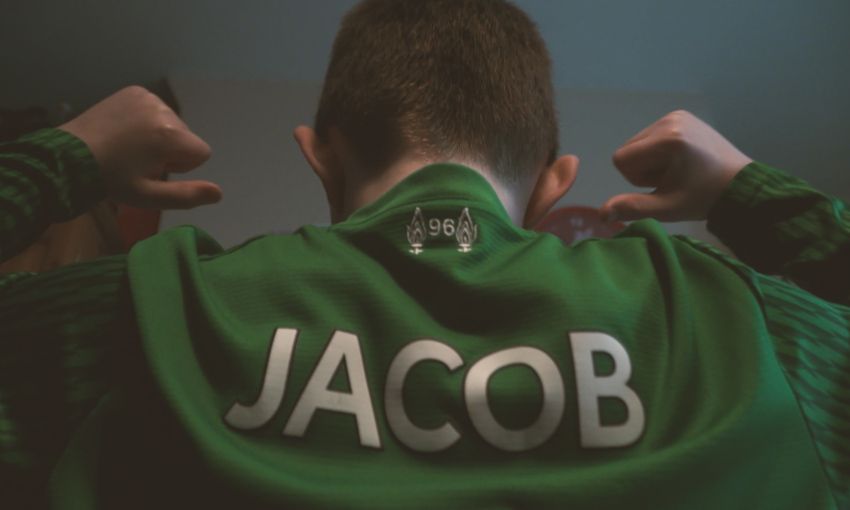 Liverpool Legends' charity game against Bayern Munich this weekend will be extra special for Jacob Brindley - and not just because he is set to be a mascot for the fixture.

When the nine-year-old Reds fanatic walks out alongside his heroes at Anfield, he will do so with full knowledge of the importance of the funds raised by the match.

In 2009, Jacob was diagnosed with Acute Lymphoblastic Leukaemia - a form of cancer - and forced to undergo treatment at Alder Hey Children's Hospital.

After successfully fighting off the disease, the lifelong Liverpool fan was dealt another blow in 2012 when he was told by doctors that his cancer had returned.

During this second period of treatment, Jacob took part in clinical research trials at Alder Hey's Institute in the Park, a research, innovation and education facility aimed at developing better treatments for young patients.

Last year, the facility benefited from a £225,000 LFC Foundation donation raised through the March 2017 Legends match between the Reds and Real Madrid at Anfield.

The club's official charity is aiming to provide further support to such causes as a result of Saturday's game against Bayern Munich, helping more children like Jacob to enjoy happy and healthy lives.

Jacob's mum, Claire, said: "When we were told Jacob had leukaemia, we were totally devastated and shocked. It was much easier for him coping with the treatment as a baby, but he was still incredibly brave when aged 3 he had to go through it all again.

"Alder Hey has been amazing and continues to do so with Jacob’s follow up care and support. All the staff on the ward are great; the nurses have been brilliant with Jacob. Everyone is so supportive and caring.

"Jacob's so excited [to be a mascot] and we're really looking forward to watching him go out as a family."

You can also help raise funds by purchasing official Legends memorabilia in store or online.