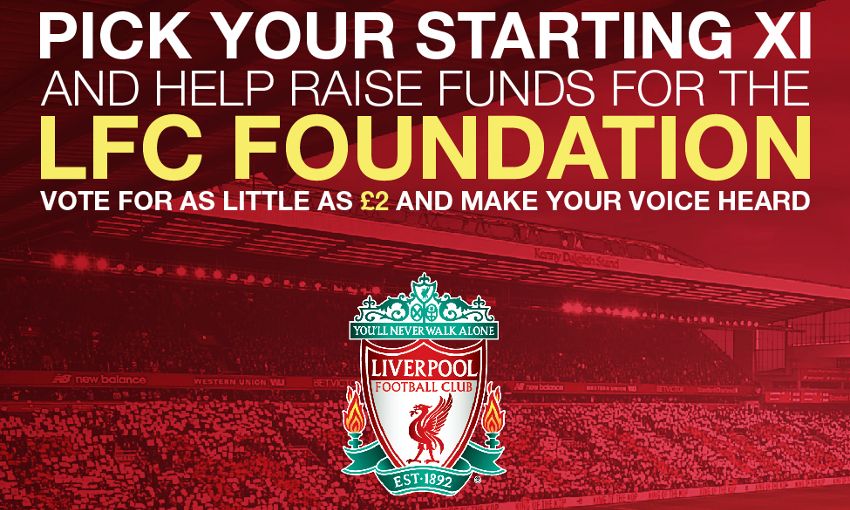 Liverpool FC Legends have joined forces with Vitality and pioneering start-up company, On the Team, to bring football fans an entirely unique platform through which to engage with the club and raise funds for Liverpool FC Foundation.

And the new ‘On the Team’ app - powered by Vitality - will give fans an opportunity to have their voices heard by helping to select the legends they most want to see in the LFC starting XI.

The match will also mark a ‘first’ in European club football as, in an unprecedented move, the Liverpool FC Legends that fans would most like to see play will be put forward for selection by the Reds manager, Ian Rush, for his starting XI.

By downloading the ‘On the Team’ app, fans will be given the chance - from as little as £2 - to vote on which players they want to see take to the pitch as well as helping towards a £20,000 donation which will be made to the LFC Foundation. These funds will support the LFC Foundation’s programmes and partnerships, which create life-changing opportunities for children and young people.

One lucky voter will also be randomly selected to win a once-in-a-lifetime experience, known simply as ‘The On the Team Experience’.

The experience will reward the voter the opportunity to act as assistant manager for the LFC Legends on the day of the game, and join Rush and the rest of his team in the best seats in the house next to the dugout for the duration of the match. It also includes a pitchside position for the legends’ pre-match warm-up. Courtesy of Vitality, the voter (and one guest) will receive travel, and two nights’ free accommodation.

To enter, fans should download the ‘On The Team’ app from the App Store and select their team before voting for their selected team. 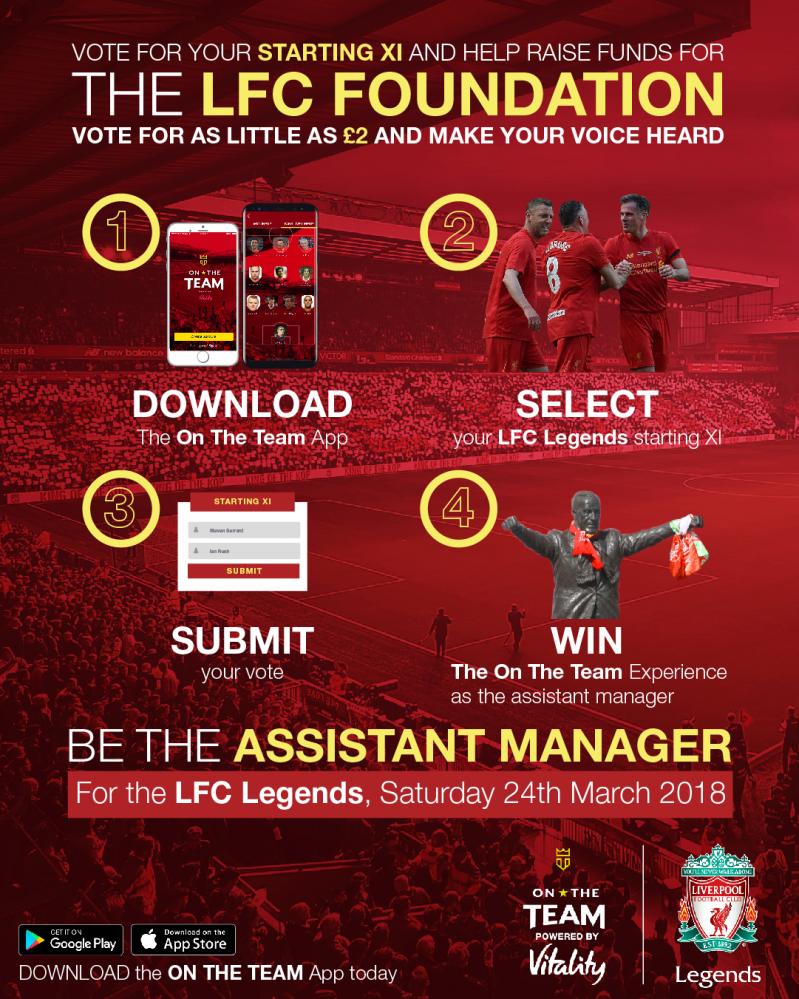