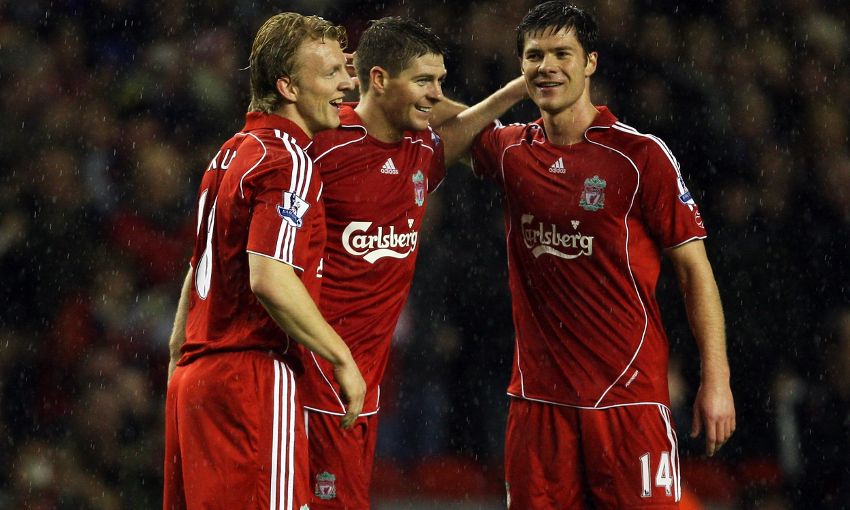 Steven Gerrard has spoken of his excitement at getting the chance to play alongside Xabi Alonso and Dirk Kuyt once again when Liverpool Legends host Bayern Munich at Anfield next year.

The game, scheduled for Saturday March 24, 2018, is being staged to raise funds for the Liverpool FC Foundation and tickets are priced at £20 for adults, £5 for juniors and £15 for over 65s.

Season ticket holders and members can purchase tickets now, while general sale begins at 11am GMT on Wednesday November 22.

Gerrard, now manager of the Reds' U18s, scored and provided three assists in the last Legends game, which saw Liverpool beat their Real Madrid counterparts 4-3 at Anfield back in March.

The likes of Kuyt, Jamie Carragher, Luis Garcia and Robbie Fowler will also be playing against Bayern, while the German giants will be able to call on the services of Bixente Lizarazu, Martin Demichelis Owen Hargreaves and Giovane Elber, among others.

Alonso, meanwhile, will play for both teams.

Recently, Liverpoolfc.com sat down Gerrard to discuss the match. Read on to find out what the legendary former skipper had to say...

Steven, how much are you looking forward to playing in front of the Kop again?

I can’t wait. Every time I get the invitation, I don’t understand why they send me one because to get invited to play in front of the whole Anfield crowd, the Kop, and put on that red shirt is always an incredible experience. It’s an experience that I miss an awful lot so to get the chance to do it with a lot of friends, ex-teammates and heroes of mine growing up, of course I’m never going to turn that down.

Bayern Munich at Anfield, it’s a game that certainly whets the appetite isn’t it…

Well, they are trying to test us aren’t they! Last time it was the mighty Real Madrid and now it’s the mighty Bayern Munich, so the test seems to be getting tougher and tougher each time. But we’ll be ready and we are confident from our last performance getting a tasty win, so we are really looking forward to it.

Of course, the game is being played to raise funds for the LFC Foundation which is doing a brilliant job both here on Merseyside and further afield...

It does an excellent job and that’s the reason why we all very keen to take part and give back to help them raise funds. We know they spend it in really vital areas both locally and afar, so that’s the key and the most important thing about the day. Hopefully people will come out to support us as well. We will do our bit on the pitch and hopefully we get the fantastic support like we did against Real Madrid. I’m sure it will be a really special day.

Just how much are you looking forward to playing with Xabi Alonso again?

That’s another reason why you don’t turn the invitation down. I heard on the quiet that he could be showing up and hopefully he plays more minutes for us than them, but to be alongside him again will be very special. I had some wonderful years alongside him and he made me a better player. Some of the things I did for Liverpool as a No.8 and a No.10 I wouldn’t have been able to do without Xabi, because he gave me the time and space on the ball. That’s what he did. He was an expert at passing short and long and it was a great experience to play alongside him, so hopefully he hasn’t been eating too many cakes and letting himself go too much and he’s still as good as ever!

Will you be dropping Xabi a little text to make sure he plays for Liverpool longer on the day than he does for Bayern?

He knows. I’ve been retired a lot longer than him so he knows he’s going to be doing my running! He should be used to that because he used to do it all when we played. It just means that I will get closer to the goal because if he comes in I’ll move up, so hopefully I’ll get a few more chances on goal due to Xabi’s passing. 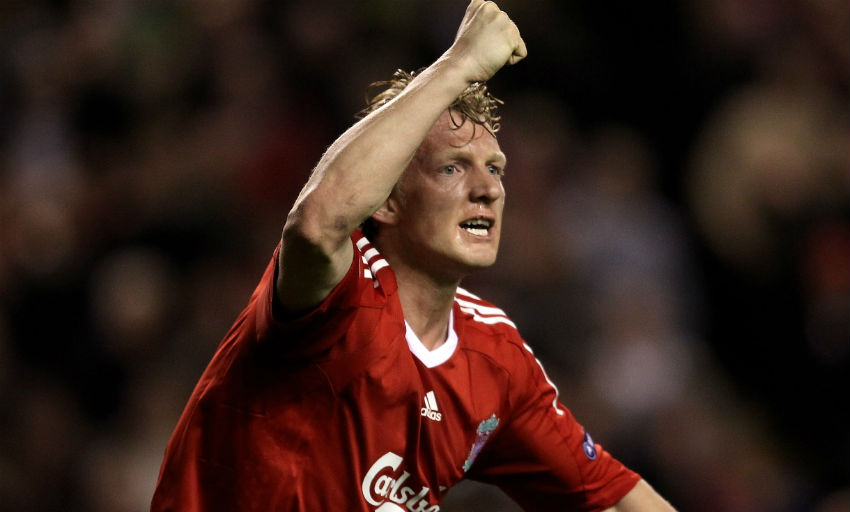 We also have another hero of the Kop returning, too. How much are you looking forward to seeing Dirk Kuyt, the man for the big occasion, again?

He scored very important goals and he was a very selfless player. He did a lot of dirty work and running for the team. Dirk was a teammate that you appreciated more than most because you knew in every training session and in every single game he would always give 110 per cent and that’s Dirk. That smile, that enthusiasm, that character that he showed, he had many great years here. It’s great to have him back and he will be welcomed into the team with open arms. Both Xabi and Dirk, I’m really looking forward to seeing them and spending some time with them.

What's your favourite memory of playing alongside Dirk?

There’s too many really. I don’t think you would be doing him a service by picking one. I think how you remember Dirk Kuyt is someone who stepped up at important times and he was always in the right place at the right time. You never really remember him for fantastic goals but for important goals. That’s what Dirk should be remembered for.

The last time the Legends got together you rolled back the years with an unstoppable Kop-end strike against Madrid - how special was it to have that feeling again?

It was nice to get on the scoresheet and it was nice to get a win. These games are for the LFC Foundation and that’s the most important thing, but when the game starts there’s pressure. The fans are coming to see us play. We have to entertain, we have to try and win and do special things as a team. But the whole day, the experience of being around all of the players and to play in front of the fans again is what I remember most, and hopefully I will get a similar experience again.

Supplying passes to the likes of Ian Rush, John Aldridge, Robbie Fowler - you never get tired of that, do you…

I never get tired of it, that’s my job and that’s what I grew up learning to do and that’s to give centre-forwards service. When are playing with those names you mentioned, heroes, it comes with pressure and you’ve got to provide the bullets for them to fire.

Out of the Legends you played alongside last time who impressed you the most?

Carra always keeps us together at the back like he always did. He’s still got decent legs for the team. Didi Hamann does all the dirty work and adding Xabi and Dirk around that, Steve McManaman’s energy, there’s a lot we have. Michael [Owen] popped up with a typical goal, Robbie showed bits and bobs and was unlucky not to score. Jason McAteer provided some quality down the right side, so I remember a lot of it. Competition for places is big now, even to get on the bench, so it will be interesting to see what the squad is.

Tickets for the match will go on sale to season ticket holders and LFC members from 11am GMT on Monday November 20, while general sale begins at 11am on Wednesday November 22.

Tickets will be available to purchase online only by clicking here.