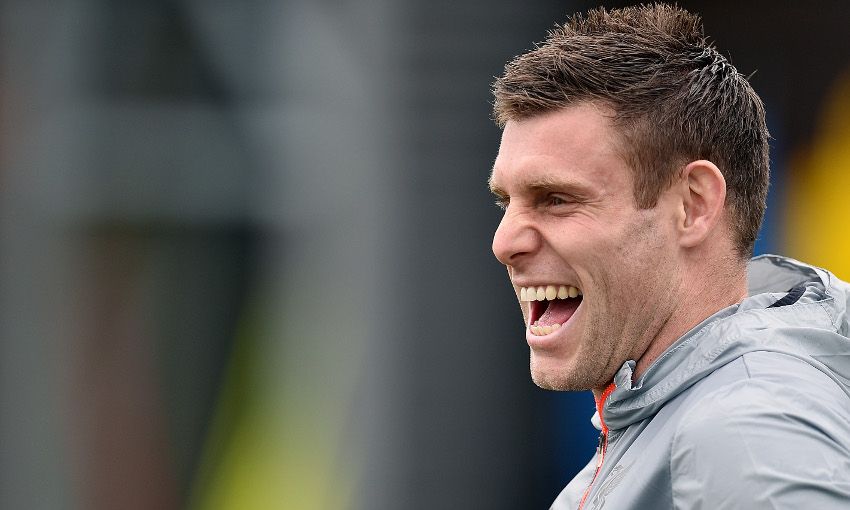 James Milner will appear alongside a host of Liverpool legends at a star-studded team golf tournament later this week to help raise funds for charity.

The Reds No.7 is set to feature in Icons of Football 2017, a three-day Ryder Cup-style event teeing off at the world-famous Belfry course on Friday.

Milner will be joined by Anfield heroes Robbie Fowler and Paul Ince, as well as the likes of Paul Scholes and Michael Carrick, in an England team captained by European Tour star Lee Westwood.

They will compete against a Rest of the World team led by former Ryder Cup captain Darren Clarke and featuring former Kop favourites Patrik Berger and Craig Bellamy, who will count Pep Guardiola and Gabriel Batistuta among their teammates.

A share of proceeds from the event will be split between three charities: Special Effect, The Bluebell Hospice and Smile for Joel - a regional charity set up last year in memory of football referee Joel Richards, who died along with his uncle and grandfather in the Tunisia terror attack of 2015.

Ahead of participating in the event, Milner said: "I'm thrilled to be involved in Icons of Football 2017.

"To give us the opportunity to play under the captaincy of Lee Westwood in a Ryder Cup-style event is brilliant.

"It takes us out of our usual comfort zone on the football pitch and into a totally different environment and being a golf lover it's going to be a great experience.

"I know a lot of my teammates in the England team already and a few of the lads in the Rest of the World team, but to go up against legendary names like Batistuta and Guardiola will be amazing for me and the crowd.

"I just hope they're not as good at golf as they were at football."

For tickets or further information on the event please visit: iconiqe.com.

Milner: A great cause, a great stadium - it'll be fun