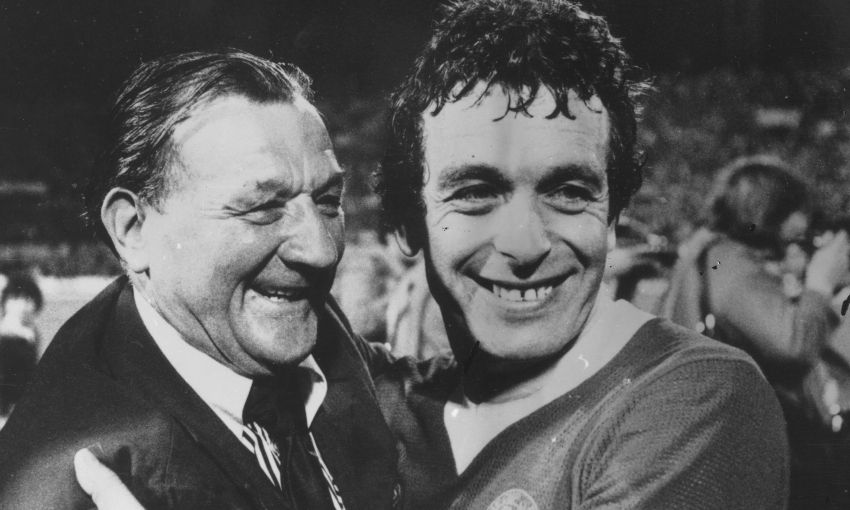 Where legends are made... PES 2018 coming this September

As we remember the moment Liverpool won the European Cup for the first time 40 years ago today, esteemed journalist and author John Keith, who was in the press box that night in Rome, pens this piece about how Bob Paisley helped the Reds conquer Europe.

There was not a drop of champagne in sight in Liverpool’s dressing room in the bowels of Rome’s Stadio Olimpico that balmy Italian night of May 25, 1977 as the newly-won European Cup sat on a bench with warm Coca-Cola in paper cups the celebratory drink.

But the achievement of Bob Paisley in leading Liverpool to become champions of Europe for the first time – and at his first attempt – should be toasted down the Anfield generations as the most significant result in the club’s 125-year history.

It was the night Liverpool joined the elite of European football, the wonderful, magical evening when Paisley’s side signposted what the future held for the club that only 17 years earlier had been facing the likes of Scunthorpe, Leyton Orient and Lincoln City in the second tier of English football.

Now, on the 40th anniversary of that Roman conquest, the genius of Paisley should be hailed. A humble, introvert man who had to be persuaded to succeed the outrageously charismatic Bill Shankly, the inspirational figure who fired the Anfield revolution when he crossed the Pennines from Huddersfield to become Liverpool manager in December 1959.

Promotion, league titles, a first ever FA Cup and the club’s first European prize in the form of the 1973 UEFA Cup were all part of Shankly’s harvest of silverware.

Yet, three attempts to land the European Cup had ended in failure, notably in Liverpool’s debut season in 1965 when their semi-final against world champions Inter Milan fell victim to corruption in the second leg after a sensational 3-1 win in the Anfield first leg.

Paisley, who later revealed he accepted the manager’s job only because he wanted to avoid his long time Boot Room colleagues facing the sack if an outsider came in, had to contend with a battery of doom-mongers when he took over.

Many in the media questioned whether the self-effacing assistant manager and renowned club physiotherapist, who counselled injured players when Shankly froze them out, would be able to maintain Liverpool’s stature after the Scot stunned football by resigning in July 1974.

His first steps in the job were bedevilled by an 11-match ban for Kevin Keegan, the Draconian punishment for the England player’s Wembley dismissal after fighting with Leeds’ Billy Bremner in the Charity Shield.

Little wonder that sitting behind his Anfield desk in front of a small group of football writers – me included – he looked upwards and offered the prayer: ‘Smile on me and guide my hand.’

Those words became the subtitle to my official biography of Paisley and one thing is for sure, some kind of power, maybe from within himself, certainly did guide his hand.

His judgment of players was peerless, exemplified by his switch of Arsenal’s Double-winning striker Ray Kennedy, a club record £180,000 buy by chairman John Smith on the day Shankly quit, to a left midfielder feared throughout Europe, the result of painstaking inquiries to track down his school teacher, who revealed Kennedy played on the left as a boy.

And what a “treble Scotch” Paisley served up for the Kop by signing Alan Hansen, Graeme Souness and Kenny Dalglish.

Despite being robbed of Keegan’s talent for so long, Liverpool finished Paisley’s first season as league runners-up to Derby, the battle undecided until their penultimate match.

Years later, Bob joked as he reflected on his fabulous haul of 19 trophies in nine seasons: “I’ve had some hard times as well… like when we finished second!”

The triumph, though, that leaps out of his vast array of achievements was in the Eternal City 40 years ago. After a league and UEFA Cup double in 1975-76, the following season began with the jolting announcement by Keegan that it would be his last at Anfield before taking up a new challenge.

Fair to say that the situation affected Keegan more than it affected Liverpool as they remained powerfully in the hunt for a then unprecedented treble. The “T” word became almost banned at Anfield with Paisley, a keen horse racing follower, insisting: “When I’m backing the horses I don’t even think of a treble until and unless two winners come in.”

Liverpool were top of the league for most of the season and reached the FA Cup final after a semi-final scare against Everton, when referee Clive Thomas bizarrely disallowed what would have been a Bryan Hamilton winner to set up a replay in which Paisley’s side cruised to a 3-0 win. Manchester United lay in wait at Wembley.

The title was won with two games to go, Liverpool finishing a point ahead of Manchester City, and in the European Cup the quarter-final against the previous year’s finalists Saint-Etienne produced one of Anfield’s towering nights.

Liverpool overcame a 1-0 first-leg deficit to go through on a 3-2 aggregate, the late winner by “super sub” David Fairclough greeted by a tumultuous roar that almost lifted the Kop roof. 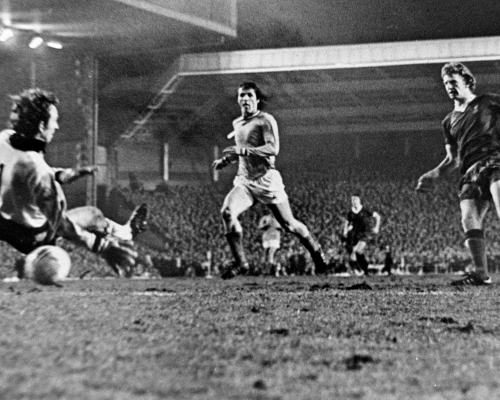 In the semi-final FC Zurich were dispatched on a 6-1 aggregate to secure Liverpool’s first progress to a European Cup final. Their last action prior to it was the FA Cup final against Manchester United, when the treble dream evaporated with a 2-1 defeat, Jimmy Case’s stunning strike ironically the highlight of the game.

Paisley later admitted to me that his decision to name Ian Callaghan as a Wembley substitute was wrong and in training two days later Cally, the lone survivor from Liverpool’s first European game in 1964, was the first to know he’d be in the Rome team.

“I was jogging at Melwood when Bob ran up beside me,” Cally revealed. “He said: ‘Do you want to play on Wednesday?’ Of course I do, I replied. ‘Well, you’re playing,’ he said. And then ran off!”

Although Achilles victim John Toshack was cleared to travel to Rome, he broke down on the morning of the game and once again, as he did often in Europe, Paisley gave winger Steve Heighway a central role with the task of running at the German defence, one of the many successes on the night.

Paisley’s team-talk was short and patriotic: “The last time I came to Rome was on the back of a tank helping to liberate the city during the Second World War,”  he told his players. “We beat the Germans then so go out there and do it again.”

Keegan, producing probably his best display of his six-year Liverpool career, tormented Berti Vogts and should have earned one or even two penalties before the one tucked away by Phil Neal to secure the cherished trophy. 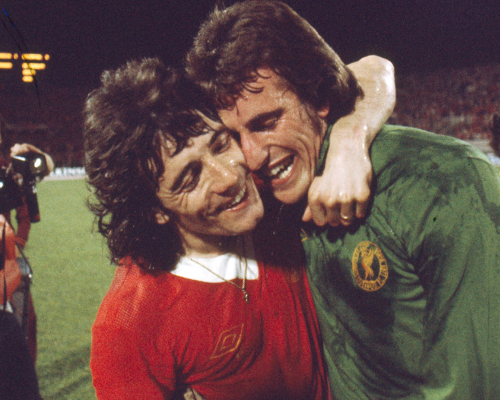 That came after Terry McDermott’s 27th-minute goal had been followed by a spectacular Allan Simonsen equaliser, a game-changing Ray Clemence save from Uli Stielike and a powerful headed goal by Tommy Smith that Paisley declared “Dixie Dean would have been proud of.”

As the 27,000 Liverpool fans joyously celebrated only the second English triumph in the European Cup, back at the team’s hotel, the Holiday Inn St Peter’s, the champagne party was in full swing.

One man, though, sat quietly sipping orange juice. “I’m not having alcohol, I’m just drinking in the occasion,” said Bob Paisley. “There’s only three sober people in Rome tonight… me, the Pope and Horace Yates,” Horace being the teetotal Liverpool Daily Post sportswriter.

He added: “This has been my perfect day. The team’s performance was outstanding, the fans were great and so was the weather. We’ve shown that English football can take on and beat the Europeans. The players can take pride in what they have achieved.”

So could a certain Robert Paisley, the quiet genius.

Keith has also written a book to coincide with the 40th anniversary of Rome ’77.

His souvenir publication 'Reykjavik to Rome' tells the inside story of Liverpool’s quest to become champions of Europe, which began in 1964 under Shankly and had a glorious climax 13 years later when Paisley’s side toppled Borussia Monchengladbach 3-1 at Rome’s Stadio Olimpico.

It is also available on mail order at £9.50 including package and posting by calling 07773 715666 or emailing john.s.keith@hotmail.co.uk.

Don't miss the chance to see the European Cup at Anfield

Guidance from police for fans travelling to Rome