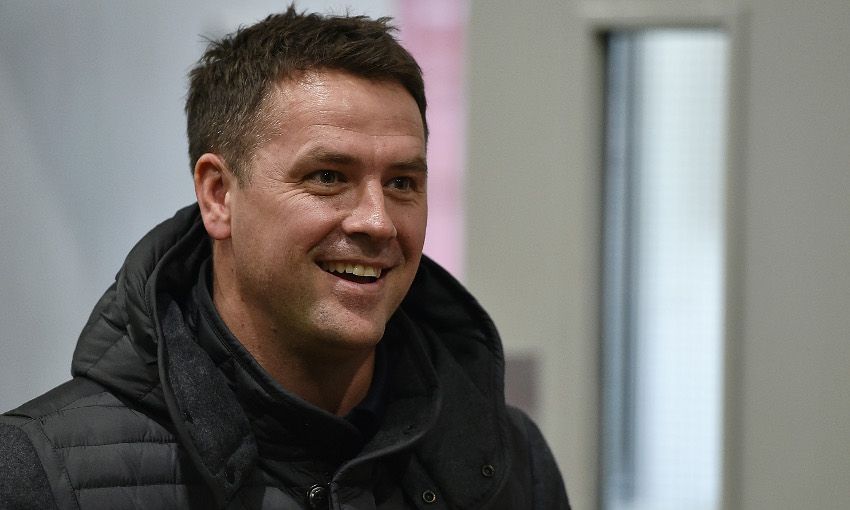 Michael Owen has revealed the former Real Madrid player he is least looking forward to facing when Liverpool FC Legends take on the Spanish outfit at Anfield next weekend.

The ex-Reds striker, who spent a season with Real in his playing days, is just one of a host of stars who will take to the famous turf on March 25 in order to help raise funds for the LFC Foundation.

The fixture represents a chance for Owen to catch up with teammates from both clubs, but there is one old colleague he is not looking forward to seeing on the pitch.

"I know who I'm least looking forward to coming up against, [it's Michel] Salgado because he keeps himself so ultra-fit for these games," he told Liverpoolfc.com.

"I've played on his team a couple of times on tours to the Far East and I've played against him as well.

"He's horrible to play against because he's just so fit and so aggressive and you just want him to clear off to another side of the pitch.

"He's pretty fit and that goes a long way to being decent in these games."

Owen is excited, though, by the prospect of coming up against a childhood hero of his once more.

"I think I even had a shirt with 'Butragueno' on the back [that] I got for Christmas one year.

"He was a legend [and] it was great to see how fit he was when he played."

The respect the two teams of legends have for each other has been evident whenever they have spoken in anticipation of next weekend's fixture.

But that might not be as clear when the competitive edge kicks in across the 90 minutes, Owen says.

"We all joke about the game because we don't take ourselves seriously anymore in terms of the quality of our game compared to what it was," he insisted.

"But I know for a fact that as soon as you put your boots on and you're jogging out there, you want to put in a good performance.

"Of course, we're not as good as we used to be, but it's great to feel that you can still pass the ball about or score a goal."

Sky and Virgin Media customers in the UK and Ireland can watch Liverpool FC Legends take on Real Madrid LIVE and FREE on LFCTV by tuning into channel 429 on Sky or 544 on Virgin Media.

LFCTV GO will also be showing the match free worldwide (Spain excluded). Visit liverpoolfc.com/video on the day for free access.