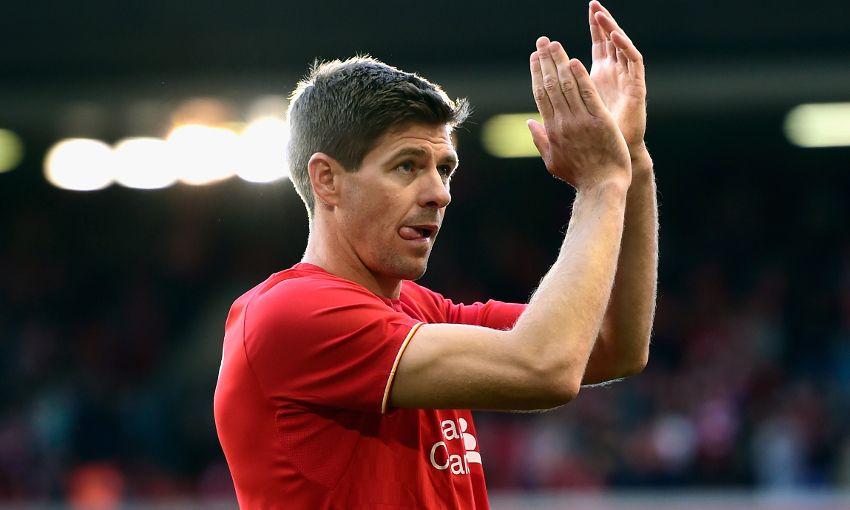 The former Reds captain, who spent 17 years in the first team at Anfield and was the club’s skipper from 2003 until his departure in the summer of 2015, confirmed the decision on Thursday morning.

In a statement, he said: “Following recent media speculation surrounding my future I can confirm my retirement from playing professional football.

“I have had an incredible career and am thankful for each and every moment of my time at Liverpool, England and LA Galaxy.”

The Huyton-born midfielder graduated from Liverpool’s Academy and made his senior debut as a substitute against Blackburn Rovers in November 1998, ultimately clocking up 710 games and 186 goals.

Blessed with natural abilities that made him one of the leading midfielders of his generation, Gerrard was a key figure in the treble-winning season of 2000-01, aiding Gerard Houllier’s team to triumphs in the League Cup, FA Cup and UEFA Cup.

His influence steadily grew at Anfield and Houllier handed the Scouser the captain’s armband in October 2003, heralding the beginning of the most consistent and prolific era of his career.

Following the appointment of Rafael Benitez as manager, Gerrard was the talisman of Liverpool’s sensational run to Champions League glory in 2004-05.

A memorable strike against Olympiacos ensured the Reds progressed from the tournament’s group stage and kick-started a fairytale journey to the final in Istanbul.

There, his boyhood side trailed 3-0 to Italian giants AC Milan – but his determination was the catalyst behind an historic comeback, with his header the first of three responses that drew the tie level and paved the way for Benitez’s charges to win the trophy on penalties.

Gerrard was the inspiration behind the club’s 2006 FA Cup triumph, scoring twice in the final with West Ham United – which has subsequently been named after him – en route to another shootout success via a 3-3 draw.

He also helped Liverpool return to the Champions League showpiece in 2007, though on that occasion they were beaten by Milan, and claim a second-place finish in the 2008-09 Premier League.

The No.8 lifted the League Cup under the stewardship of Kenny Dalglish in 2012, and was appointed the captain of his country – for whom he amassed 114 caps before retiring from international football in 2014.

That year, Gerrard came closest to winning the only domestic honour that eluded him, the Premier League, as the Reds produced a stunning charge to take the title race to the final day only to be pipped by Manchester City.

After bidding farewell to Anfield at the conclusion of the 2014-15 season, Gerrard joined LA Galaxy in Major League Soccer, where he played 34 games and scored five goals.

He said: “Thank you to the amazing fans of Liverpool, England and LA Galaxy for the incredible backing you have given me throughout my career. Your loyalty and support has meant the world.

“I am excited about the future and feel I still have a lot to offer the game, in whatever capacity that may be. I am currently taking my time to consider a number of options and will make an announcement with regards to the next stage of my career very soon.”