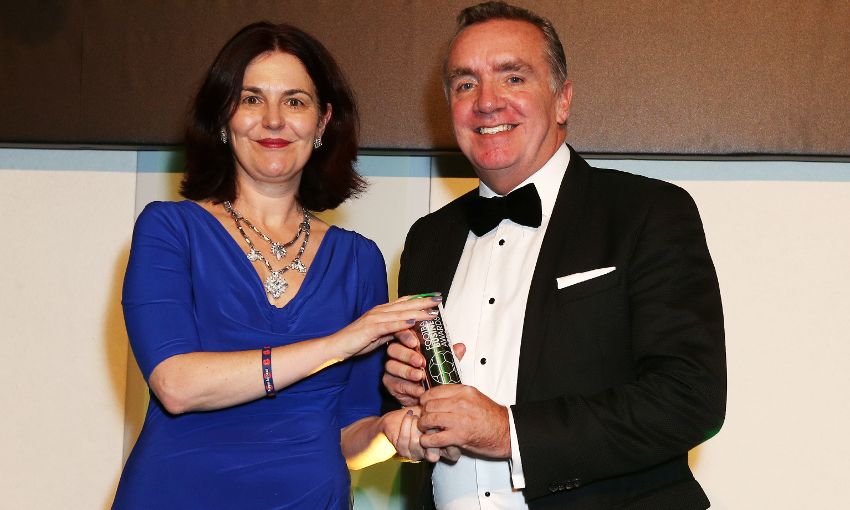 Ayre was presented with his award at the prestigious event, which was held at Emirates Stadium.

The Football Business Awards, which are now in their fifth year, recognise and reward the hard work that takes place to support the success of the game.

Ayre, who joined the Reds nine years ago, was appointed chief executive officer in 2013 after undertaking the roles of managing director and commercial director.

Upon accepting his award, he said: “I’m delighted to receive this award and be recognised as chief executive of the year across the Premier League.

“This award is also an acknowledgment of the fantastic work and support of my colleagues at Liverpool for their commitment and dedication to the club during what has been a very busy year.

“Being chief executive of Liverpool is a privilege and great honour.

“This award is an indication of the fantastic progress the club has made through the collective efforts of our supportive ownership group, brilliant manager, team and staff and of course our incredible supporters. This award is really for them.”

Photo: Ian Ayre receives the award from Julia Clark, Pro-Vice Chancellor and Dean of Faculty of Business and Law at Manchester Metropolitan University.