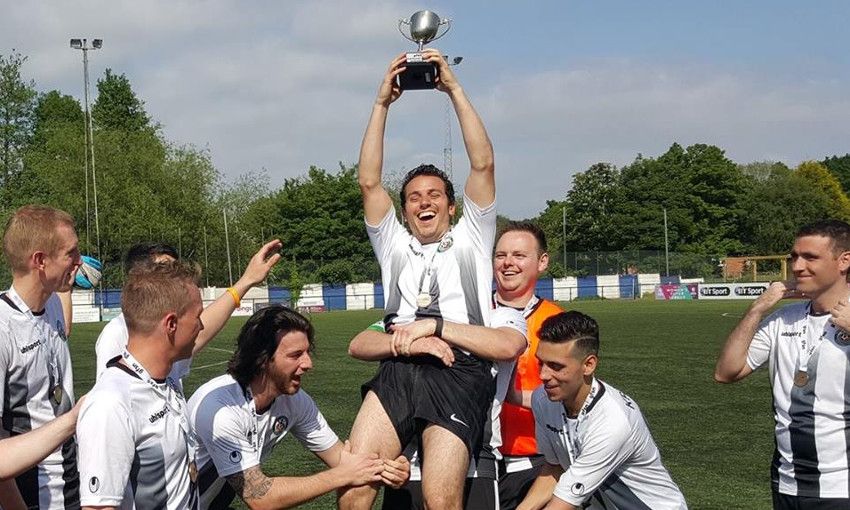 Mersey Marauders LGBT Football Club will celebrate receiving a Grow the Game grant by playing a friendly fixture against the Liverpool Echo on July 2, hosted by Liverpool FC.

The £1,500 grant, awarded by the country's largest sports charity, the Football Foundation, will be used to launch an additional team who will initially engage in friendly games with local opposition.

Two coaches will also be trained to boost the Marauders' prospects as they compete in the Gay Football Supporters' Network League.

These developments will be marked when the Marauders take on the Liverpool Echo at the club's Academy in Kirkby at 5pm BST on Saturday, July 2.

Mersey Marauders manager Paul Williams said: "I would like to thank the Football Foundation for their support in this new venture. The additional funds will help us greatly enhance our offer of football on a more frequent basis to suit the needs of our participants.

"We look forward to getting started and welcoming new members, LGBT or otherwise, who wish to be part of our friendly and growing club."

Football Foundation ambassador and prominent sports journalist Hayley McQueen has also given her backing to the initiative.

She said: "Very well done Mersey Marauders Football Club for working with the Football Foundation and Liverpool County FA to secure this Grow the Game grant.

"This investment, which is provided by the Premier League and the FA, has created an opportunity for more people to play football, which will not only keep them fit and healthy but also develop their life skills.

"Grants like this one make a real difference to grassroots football. They help clubs meet the costs associated with starting a new team – like getting volunteer coaches qualified with FA coaching badges – and so help to drive up participation levels in the sport, especially among under-represented groups."