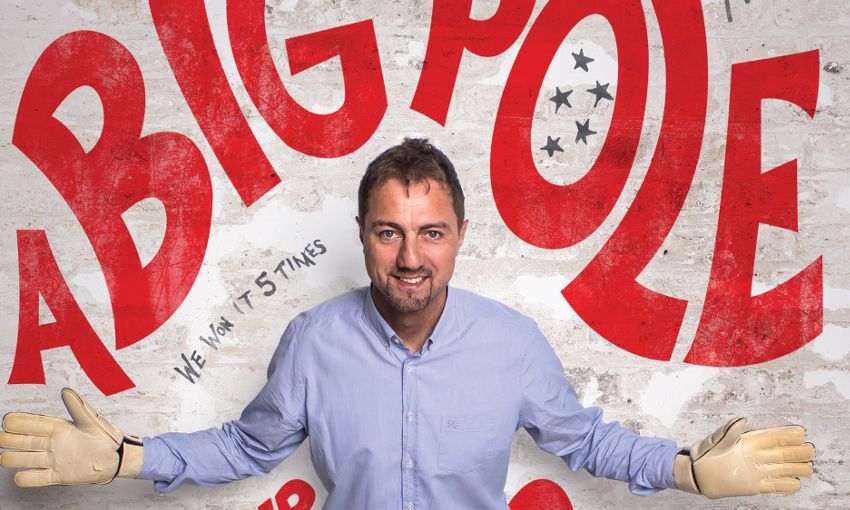 Jerzy Dudek is best remembered by Liverpool supporters for that incredible save from Andriy Shevchenko during the miracle of Istanbul.

And in an exclusive extract from his brand new book - 'Jerzy Dudek: A Big Pole in our Goal' - the former Reds goalkeeper relives that incredible stop in the 2005 Champions League final against AC Milan which is still talked about to this day.

For the very first time in my life I was proud of myself. It was a moment I will never forget. Something people remember me for. They called the 2005 Champions League final the ‘Miracle of Istanbul’. Well, this was my miracle. The save of my career. Of my life.

But I wasn’t thinking that at the time. It was all something of a blur. Before I realised it, one of the AC Milan players – Serginho – had the ball close to the touchline on our right side. He had plenty of space. I was sure that he would cross it perfectly into my penalty area. There are just fractions of seconds to grasp what is happening in those situations, to be aware of who is around you. I barely saw where my defenders were. Jamie Carragher was towards the near post, Djimi Traore at the far post and Sami Hyypia in the middle. Then an AC Milan player flashed between them. This is all a keeper sees in those kind of situations.

The ball was in the air. Sami was closest to me and I knew it would pass him so I realised that someone from Milan would have a great opportunity for a header. I was focused and prepared for the effort on goal. I didn’t know that the AC Milan player who the ball was heading towards was none other than Shevchenko. He was just a flash of white in my eye line, but when the ball flew over Sami he had a free header on goal.

He met it well. His header was pretty powerful. He directed it downwards, slightly to my right. I dived to block it and the ball bounced off me, just two yards in front of goal. Now I was hoping that my team-mates would help me as I wasn’t able to get up quickly to dive on the ball or clear it away. All I could do was at least try to get up and be in front of the goal; to give the AC Milan player the ball had bounced towards a slightly smaller target to aim for.

I was on my knees. I think one of my legs was even a little behind the line. The odds were stacked against me. In that split second, with the AC Milan player almost on top of me, I instinctively raised my hands up. It was a pure impulse. I almost screamed: “Here I am! Aim at me!”

I saw that it was Shevchenko who was running for the ball. It landed perfectly for him. He hit it as hard as he possibly could, like he was channelling all his anger.

His shot struck my hand – the ‘hand of God’ I jokingly called it after the game as I recalled the famous moment when Diego Maradona scored a goal with his hand during the 1986 World Cup against England. The ball could easily have broken my fingers and flown into the net. But it didn’t. It flew upwards instead. It was almost like I’d swatted away a giant insect to protect myself. I quickly sprang to my feet to be ready for the ball coming back down from the Istanbul sky, but it landed behind the net. 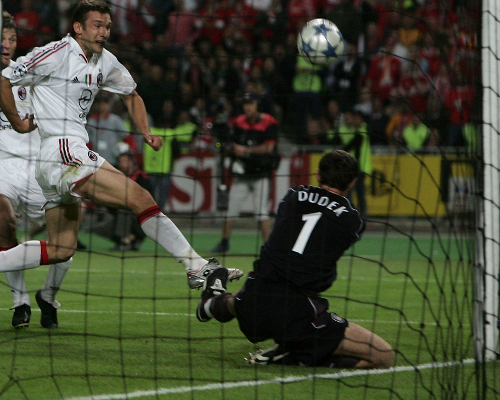 John Arne Riise – or ‘Ginge’ as he was known to the lads – raised his hands in the air like I’d just scored a goal. It felt like I had.

I now saw that Jon Dahl Tomasson was in front of me. I thought that it must have been his header that I’d saved initially before Shevchenko pounced on the rebound. It seemed impossible to me at the time that both chances had fallen to Shevchenko and he hadn’t scored. Later on I saw the TV replays and realised how dynamic his jump had been. He put so much into that header that he had naturally taken a few steps forward when he landed to put himself in front of me and ahead of our defenders.

I looked towards the scoreboard and noticed the time. The 117th minute – the 27th minute of extra-time. Had the ball hit the net then our dream would have been all over. ‘This is what you wanted’ I thought to myself – ‘to make such a great contribution in the final few minutes’.

I knew then that we would go to penalties. I knew that it would be a draw, that I’d saved a winning goal, but I couldn’t believe what had just happened. I’ve seen the replays many times since and the expression on my face as the reality of what had just occurred hit me says a thousand words: ‘That was impossible’.

But then most people thought Liverpool winning a fifth European Cup was impossible when the half-time whistle blew...

'Jerzy Dudek: A Big Pole In Our Goal' priced at £18.99 is on sale now from official club stores or our online store. Click here to buy the book.