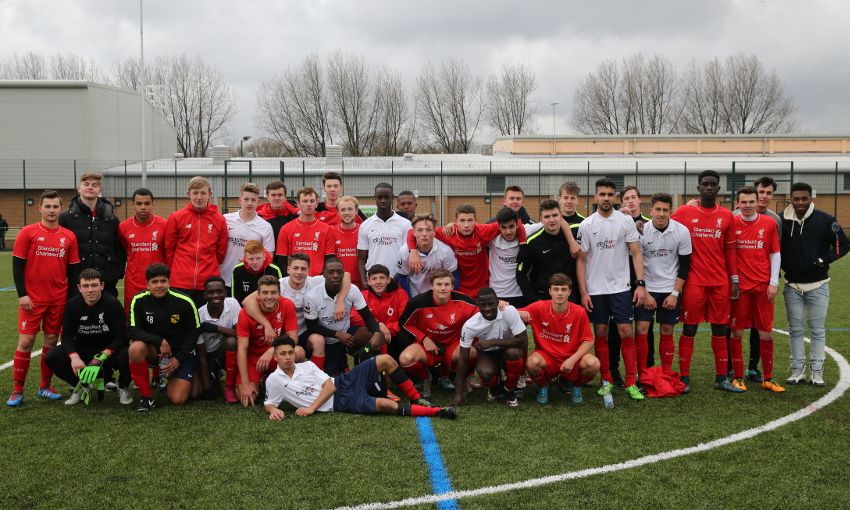 David Makuch and top goalscorer Elliot Nevitt were on target for the young Reds as they put in the ideal preparation for the forthcoming Dallas Cup youth international football tournament.

Both teams were buoyed by Sturridge's support at the game, with the striker chatting to the players and wishing them good luck for their trip to the States.

The squad fly to Tampa on March 14 to acclimatise and play friendlies before heading to Dallas for the tournament, which culminates over the Easter weekend.

The Foundation have performed well in past tournaments, reaching the final in 2014, where they were edged out by Costa Rica, and the quarter-finals in 2015, where they lost to MLS side FC Dallas.

The squad approach the Dallas Cup in good form, flying high at the top of the U19 Development League and unbeaten this season, while they also have a national cup semi-final against Plymouth Argyle to look forward to.

The College are recruiting new Year 11 students who will start in September 2016. To apply, attend the Open Evening at 4pm on Tuesday March 15 at Wyncote Sport Ground, L18 6HF.

For more information call 0151 7244983 or head to www.lfcfoundationcollege.com.