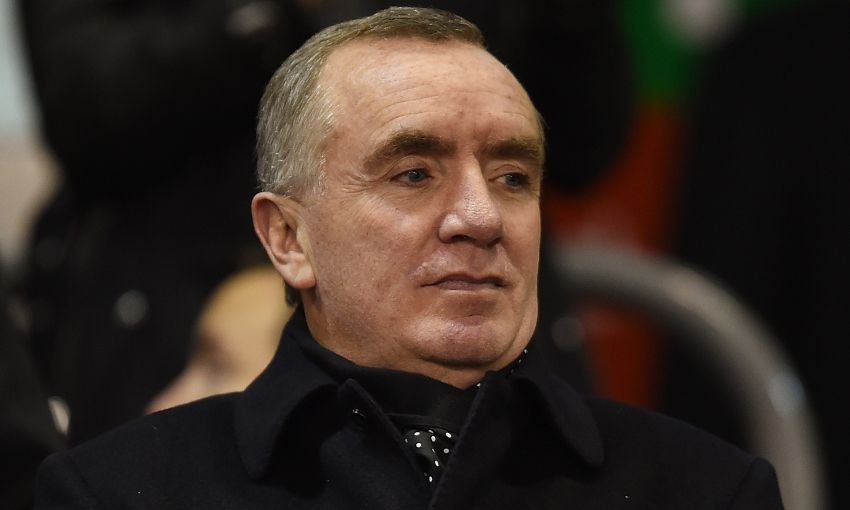 Ian Ayre today spoke to the media to discuss the announcement of Liverpool FC’s new pricing and ticket structure earlier this week.

The club's chief executive met with the press at Melwood to talk about the process in reaching the arrangements, which will come into effect for 2016-17, as well as some of the initiatives on offer.

Under the new pricing and ticket structure, 45 per cent of matchday tickets will see a price decrease from next season.

Around 200 tickets will be priced at £77 for Category A games (six per season, 1,200 across the campaign, occupying 0.4 per cent of Anfield’s capacity on matchdays).

In addition, there will be the introduction of £9 tickets, of which there’ll be around 500 per Category C fixture, with over 1,500 being made available in total.

64 per cent of season ticket prices will decrease or freeze under the new structure, with the lowest priced at £685. 818 season tickets will go on sale at a cost of £1,029, taking up 1.5 per cent of the stadium’s capacity on matchday.

Other initiatives include: local supporters being given priority access to over 20,000 tickets; over 20,000 extra tickets in a new pricing category for fans aged between 17 and 21 offering a 50 per cent reduction on prices; and in excess of 1,000 free tickets being provided to schools across Merseyside for each home game.

Ayre said: “After nine months of dialogue, we feel and felt at the point of our announcement and continue to feel, what we’ve tried to do and have done is create a range of ticket prices that has something for everyone.

“When we started on this journey of looking what we might do with this new facility and new announcement, the things that were key were finding more affordable tickets, addressing the issue of more younger fans in an ageing fanbase and more local fans to preserve that uniquely Liverpool atmosphere and continue to grow it.

“If you look at the facts of our announcement this week, we feel it very much does that. Right at the bottom, we’ve got free tickets for schoolkids that are linked to attendance and attainment; we’ve got a £9 full-price ticket for Category C matches which will probably be the lowest in the league; we’ve got 1,000 tickets a game at half-price for 17 to 21-year-olds; we’ve got 1,000 tickets a game for local people, so we’re able to feed the local market particularly.

“I think that’s the wrong thing to focus on. What you have to do is look at the facts, look right down through the spectrum of tickets we’re offering and prices we’re offering. Most tickets are either freezing or coming down and we have actually introduced a new range of very low-price tickets to continue to feed the things that are important.”

The announcement regarding the new ticketing and price structure came following a 13-month consultation with the Ticket Working Group, a sub-group of the official Liverpool FC Supporters' Committee.

The panel met regularly with the club over the last year to discuss affordability and accessibility of tickets, and Ayre feels the Reds have done their utmost to take their input into full and fair consideration.

The redevelopment of Anfield’s new Main Stand will add an extra 8,500 seats to the stadium and Ayre insists Liverpool will use that extra capacity to address some of the core issues raised by the Ticket Working Group.

He said: “I think there are 20,000 tickets this coming season that will be specifically made a priority for local people, 20,000 tickets for young adults and free tickets for schoolkids in the local area. So we are not pricing anyone out of the stadium – there’s something for everyone, there’s a price point for everyone. There’s a real emphasis.

“I have been at the club for nearly 10 years and I can’t remember a time where we’ve had this amount of focus on local fans, new local fans and young fans. And that comes as a result, actually, of the investment the club – the owners – have made in this new stand. We were never able to do it because there wasn’t anywhere for anyone to go.

“We’re not missing any opportunity – we’re actually taking that opportunity and using it to best effect.”

On the possibility of fans leaving Saturday’s Barclays Premier League fixture with Sunderland in the 77th minute in protest at the new pricing, Ayre said: “I respect everyone’s right to do what they feel is right, but for any fan who is listening or thinking about that, I would say ‘have a look at the facts’.

“You might be walking out for something that you’re not quite understanding, because we don’t feel that’s the effect it’s going to have on people. Liverpool Football Club, Jürgen and the team and everybody has always said how lucky we are to have such great support. If people want to leave at 77 minutes then I think that’s disappointing. But it shouldn’t be because they feel the prices are wrong, because there’s something for everyone in there.

“If somebody sits in a position where there’s a £77 ticket next season but can’t afford that, we have another option for them. There’s something for everyone. Nobody is being priced out of the stadium – there is a seat for everyone at the right price.

“That’s the thing to look at before you take that type of action and walk out during the 90 minutes of a Premier League game. I would say look at the facts.”

The club’s chief executive continued: “We have a responsibility to everybody who is a supporter of this football club, not just the [near] 46,000 that attend tomorrow, and that is about managing the club in a sustainable way.

“We’ve just nearly finished spending over £100m building this new facility and we have to set a pricing policy that allows us to continue with the business plan that we set to build that facility, and that’s what this does. At the same time, it addresses the issues that were flagged to us.

“We’re in a great position now and in the summer we’re going to have one of the biggest and best facilities in the country, we’ve got a great manager building a new team at Liverpool, we’ve got great owners – that £100m came interest-free, they don’t take a single penny out of this football club – and I think people should be careful what they wish for.

“For those of us who were around when we didn’t have this type of owners making these types of decisions, the club was in a real mess.

“People should make their own decisions but I feel absolutely that we’ve made the right decision, that we have everyone’s best interests at heart and that that should continue.”