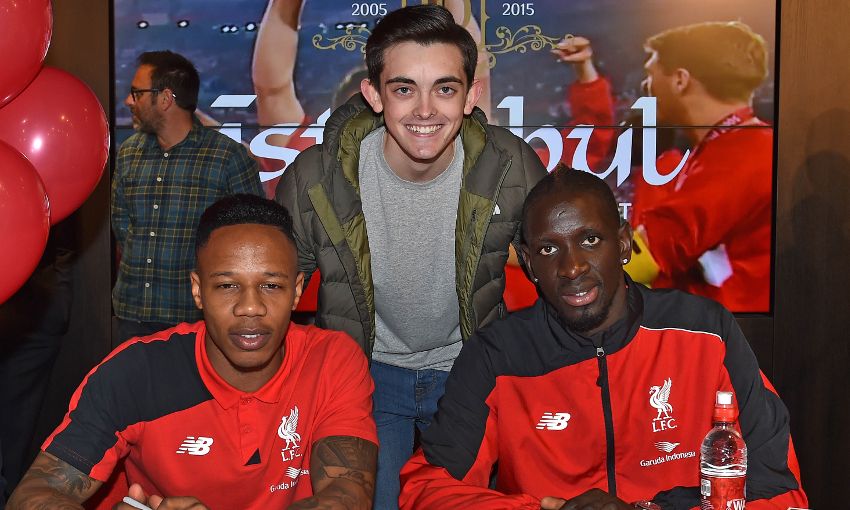 Mamadou Sakho and Nathaniel Clyne delighted supporters when they paid a very special visit to the newly re-opened Liverpool FC store in Williamson Square on Monday.

The duo were joined by official club mascot Mighty Red, as they met supporters, signed autographs and posed for pictures.

The LFC Academy coaches were also in attendance as they hosted free mini-football coaching sessions for the kids.

Check out our gallery below.

Meet Mighty Red during an Anfield tour this December