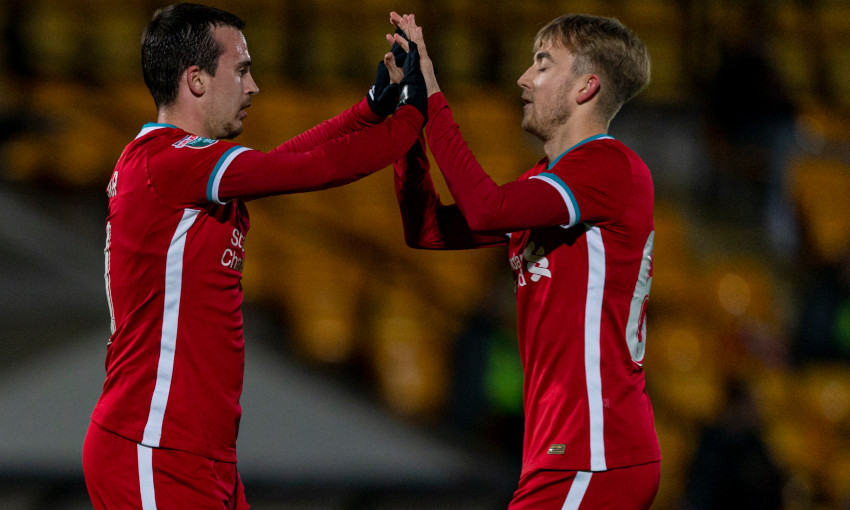 Qualification for the knockout stages was not possible for the young Reds following defeats to Wigan Athletic and Tranmere Rovers earlier in the competition.

But Barry Lewtas' side were nevertheless hoping for an encouraging display at Vale Park in the newly-renamed Papa John's Trophy.

Paul Glatzel made his first start of the season and played for an hour, while Billy Koumetio was also in the XI and Joe Hardy returned from injury.

Millar netted two brilliant goals as Liverpool gave a good account of themselves, but they were punished for some defensive lapses against their more experienced opponents.

Lewtas' charges had made the perfect start and took the lead after 10 minutes.

Fantastic work by Conor Bradley down the right flank saw the Northern Irishman get away from Cristian Montano and feed Millar, who produced a clinical finish beyond the reach of Dino Vasser.

Within a minute, though, the League Two side were level.

Harry McKirdy found space along the left and his cross was headed into the net by an unmarked Mark Cullen from eight yards out.

A slip from Remi Savage when the Reds were caught from their own corner let in McKirdy shortly after, but his effort from outside the box was well held by Vitezslav Jaros.

The hosts did take the lead in the 18th minute, however.

Cullen was afforded too much space on the right wing and his delivery teed up Alex Hurst inside the penalty area to control and fire past Jaros.

Vale were in the ascendancy and twice came close to increasing their advantage further.

First, a loose pass saw the home side charge forward and put Cullen clean through on goal but Jaros' magnificent save diverted his strike wide, before Cullen rattled the crossbar soon after. 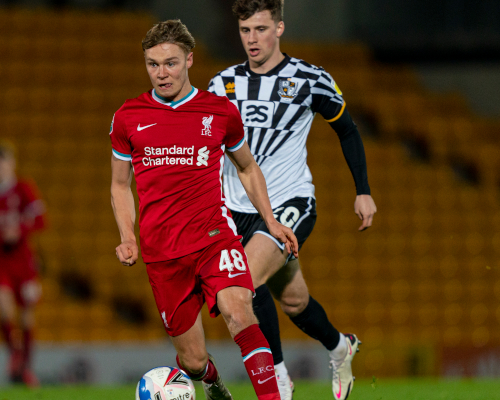 Sepp van den Berg nodded a Leighton Clarkson corner over before Jaros saved Liverpool again, the 'keeper denying Cullen once more from close range before Millar made it 2-2 in the 34th minute.

Clarkson's astute pass fed the Canada international down the left and Millar cut inside to the penalty area and guided an unstoppable effort home via a slight deflection.

The Reds almost took the lead early in the second half.

Clarkson spread play to Bradley on the right and the 17-year-old's cross reached Glatzel at the near post - but he was thwarted by a fine save from Visser. Luis Longstaff tried to put away the rebound and was blocked out by an excellent last-ditch tackle. 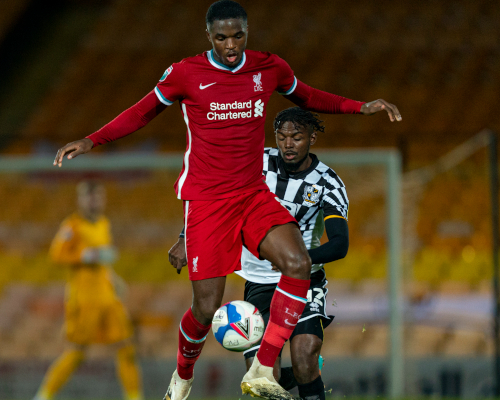 With Lewtas' side presenting a real threat going forward, there was always the danger they would be caught on the counter-attack.

And so it proved on the hour mark as a ball over the top caught out Savage and McKirdy ran through and finished emphatically to restore Vale's lead.

Despite their frustrations at conceding two quickfire goals, Liverpool continued to take the game to their opponents, with Millar a constant menace to the Vale defence.

The best of their final opportunities came with 15 minutes left to play.

Substitute Hardy did so well to win the ball back and he set up Fidel O'Rourke with a clear sight of goal, but the forward could only slice his effort straight at Visser.