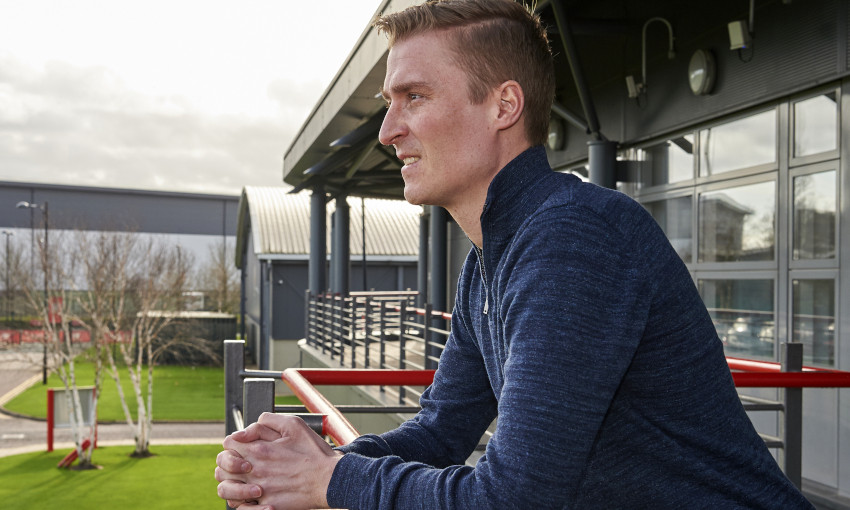 A special guest was welcomed to the Academy this week as Stephen Darby returned to the place where he began his journey in football.

The Academy graduate visited the Kirkby complex to receive a cheque for more than £4,100 for the Darby Rimmer MND Foundation, raised by staff and players on a walk up Snowdon last year.

Darby was forced to retire from football in 2018 after being diagnosed with motor neurone disease, having played for Swindon Town, Notts County, Rochdale, Bradford City and Bolton Wanderers, as well as Liverpool, during his career.

The 31-year-old received the cheque from U23s manager Neil Critchley and the Academy’s head of business operations, Andrew Powlesland. 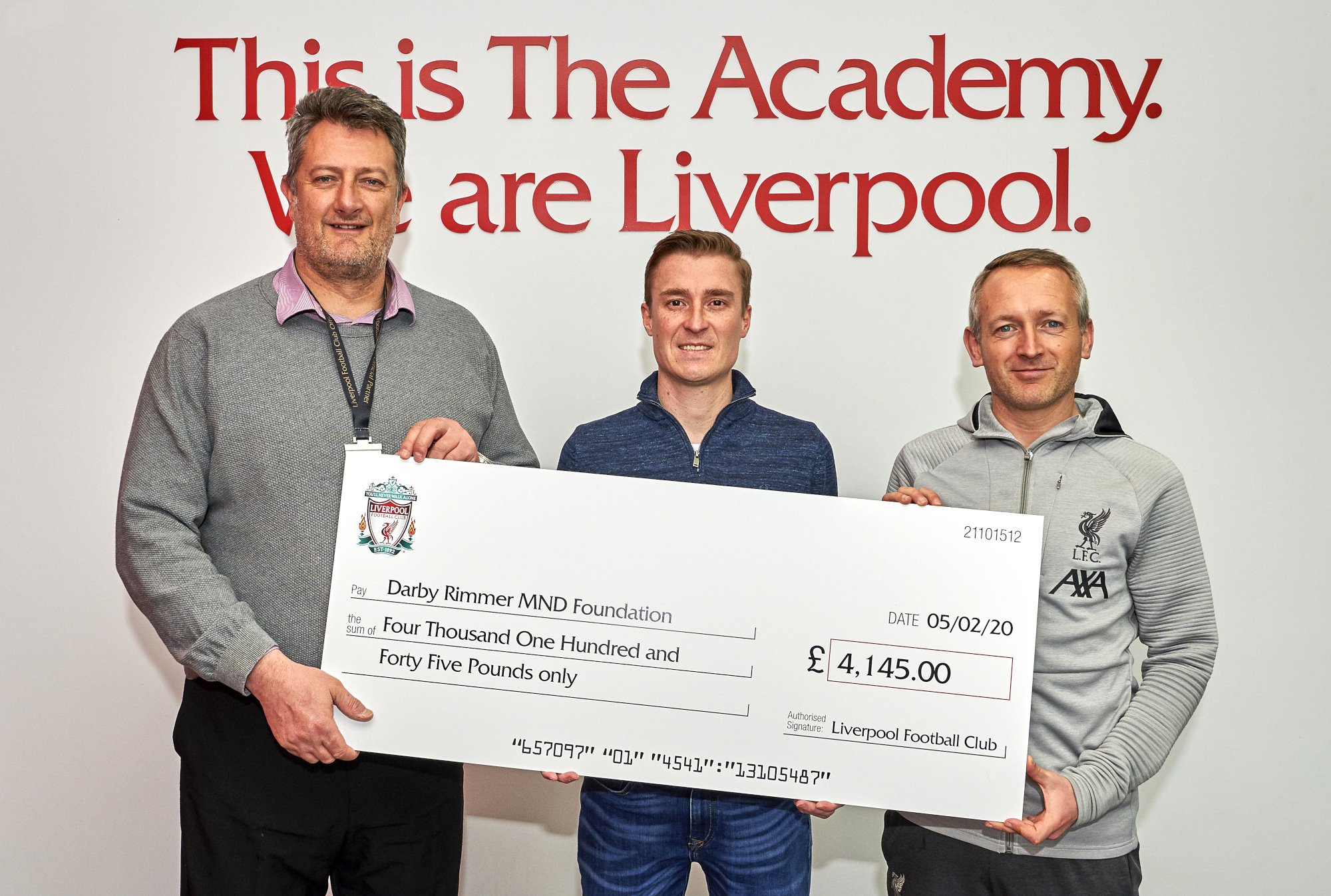 He also met up with coaches who were at the Academy during his spell In Kirkby, which included Youth Cup final victories over Manchester City and Manchester United in 2006 and 2007 respectively. Darby captained the side to the first of those two triumphs.

“It’s great to be back,” he said. “There’s been a lot of changes since the last time I was here – I still got a little bit nervous driving in actually!

“It’s a place which has a special place in my heart and I’ve got great memories of being here. I spent my whole youth career here, from eight or nine years old, and it’s great to be back to see Neil and see some of the staff who were here when I was here. You can tell there’s a really positive vibe in the place.

“To have the support from the Academy is overwhelming. What the staff and the Academy lads did in raising money and awareness was fantastic and we can’t thank them enough.

“The money raised will go to families who have someone diagnosed with MND, whether they need equipment or house adaptations or carers, and towards research.

“We’re making positive strides and hopefully we can find a treatment and a cure sooner rather than later.”

Darby made six appearances for the Liverpool first team between 2008 and 2010 before departing for Bradford in 2012. 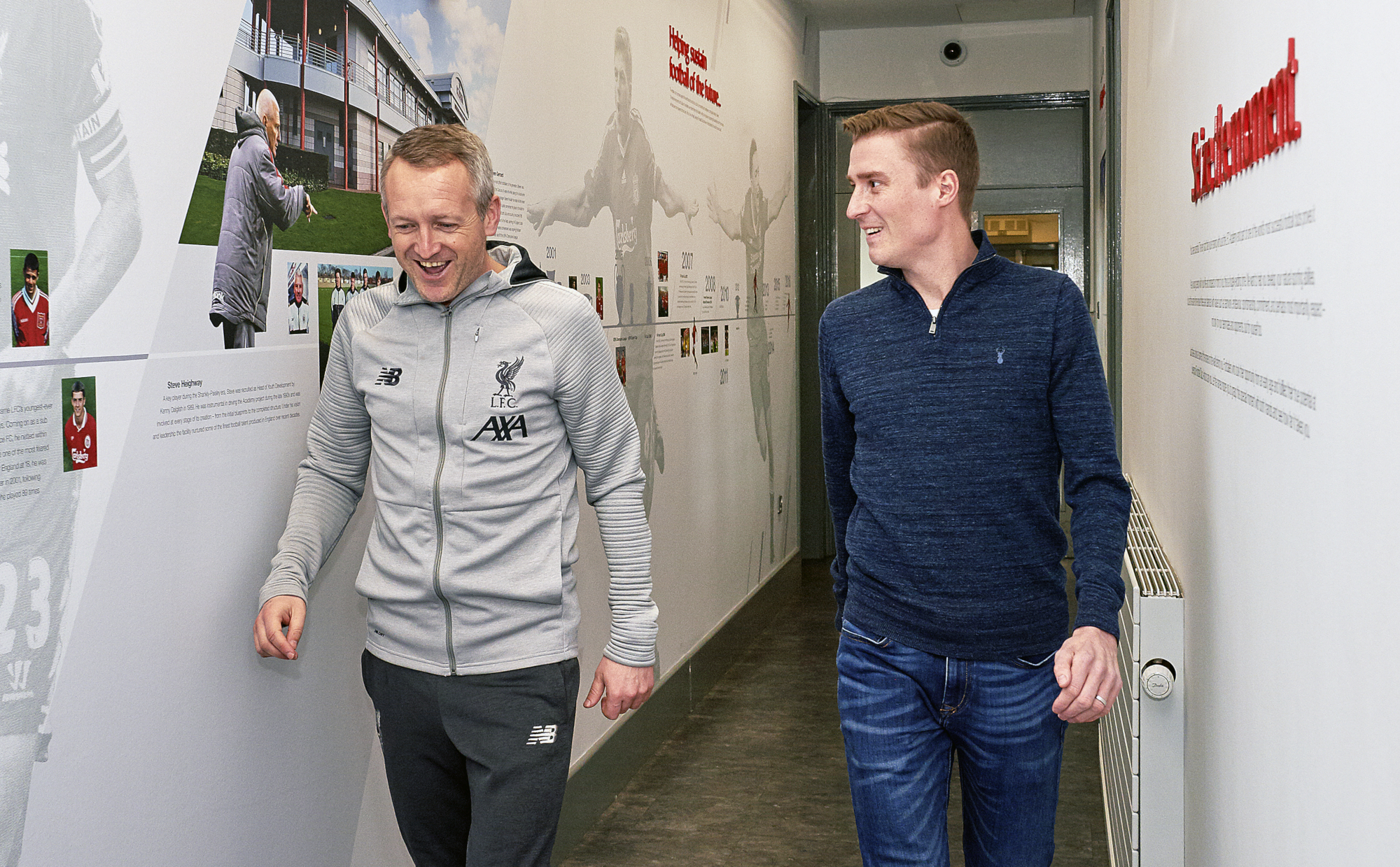 “It’s great to see Stephen and spend some time with him. You see his enthusiasm and delight at being back here; it has been a while since he has been back here, so it is great for him to come back and see the surroundings he was once in.

“He’s a hugely impressive person. As a club, it’s only right that we try to support him in what is obviously a tough period for him. He is doing some fantastic work in his foundation and we’re here to support him in any way we can.”

If you would like to support Stephen and his foundation, you can find details at darbyrimmermnd.co.uk.