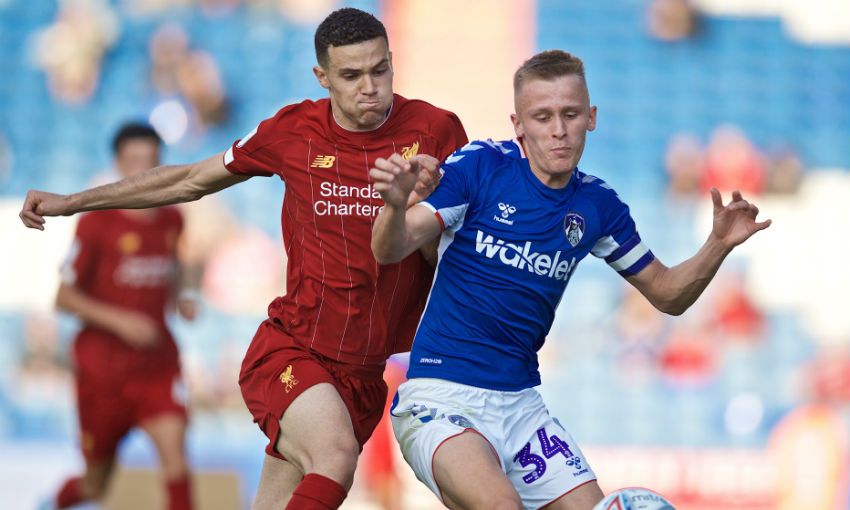 Liverpool U21s were cruelly beaten 3-2 by Oldham Athletic in their EFL Trophy opener on Wednesday evening.

Neco Williams and Harvey Elliott were on the scoresheet for the young Reds at Boundary Park, but Jamie Stott's late header proved to be the difference.

Williams opened the scoring in Greater Manchester with a terrific strike after three minutes before Oldham went ahead through first-half goals from Desire Segbe Azankpo and Alex Iacovitti.

Elliott's intervention shortly before half-time pulled it back to 2-2 as Liverpool – also featuring summer recruit Sepp van den Berg – then went on to dominate the second half.

But Neil Critchley's side conceded in the 81st minute and will now look to respond at Fleetwood Town on September 25 in their second Group B fixture of the competition.

It was a fearless start from the visitors against League One opposition and they quickly broke the deadlock in emphatic fashion.

Yasser Larouci's cross was only half-cleared by the Oldham backline, and there waiting on the edge of the penalty area was Williams.

The right-back had the calmness of mind to let the ball bounce in front of him before unleashing a powerful effort that flew into the top corner. 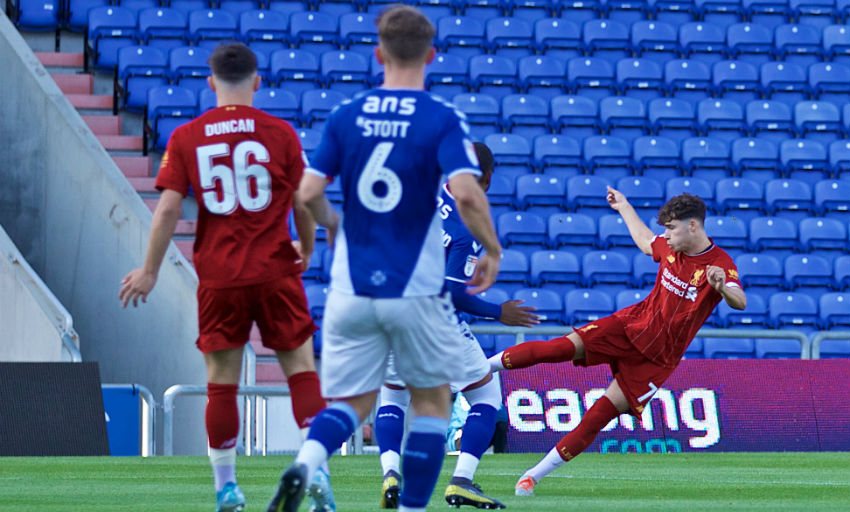 The frantic opening to the affair continued as the Latics put their own mark on the game. Van den Berg was on hand to perform a goal-line clearance to prevent Chris Eagles from scoring, although Curtis Jones did strike the post after neat footwork at the other end.

But having missed a golden opportunity earlier on, Segbe Azankpo made amends by squaring proceedings. Liverpool gave away possession deep in their own half, with Segbe Azankpo pouncing to run through and loft the ball over Dan Atherton.

Oldham then took the lead shortly prior to the half-hour mark when Iacovitti turned home a free-kick clipped in from the left touchline.

However, Critchley's charges did not become disheartened by going behind. They drew level a minute before the interval when Jones' drilled shot was saved by the goalkeeper into the path of Elliott.

Elliott faked a shot to give him a better sighting of goal before side-footing to restore parity. 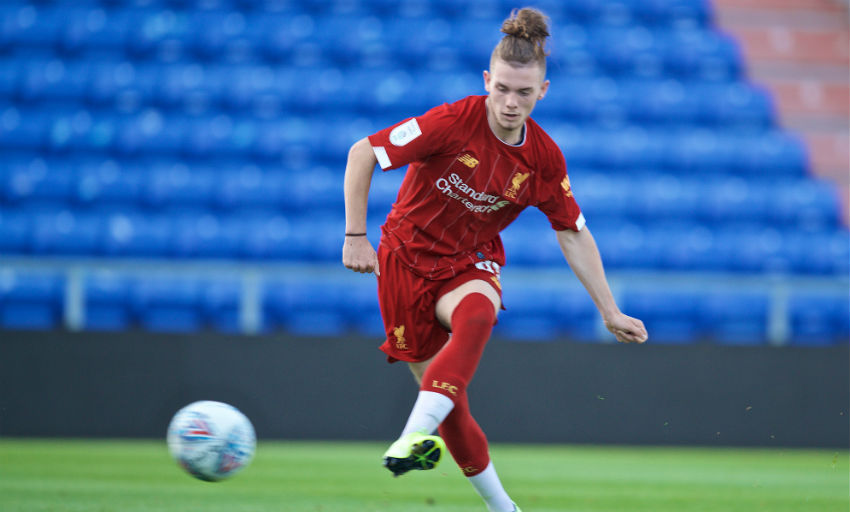 Moments after the restart, Atherton pulled off a brilliant reaction save to frustrate Eagles once again.

Liverpool took control of the second half, dominating possession and going close through Jones and substitute Jack Bearne.

However, Oldham snatched the three points when Stott leapt highest at a corner to nod beyond Atherton with nine minutes remaining.