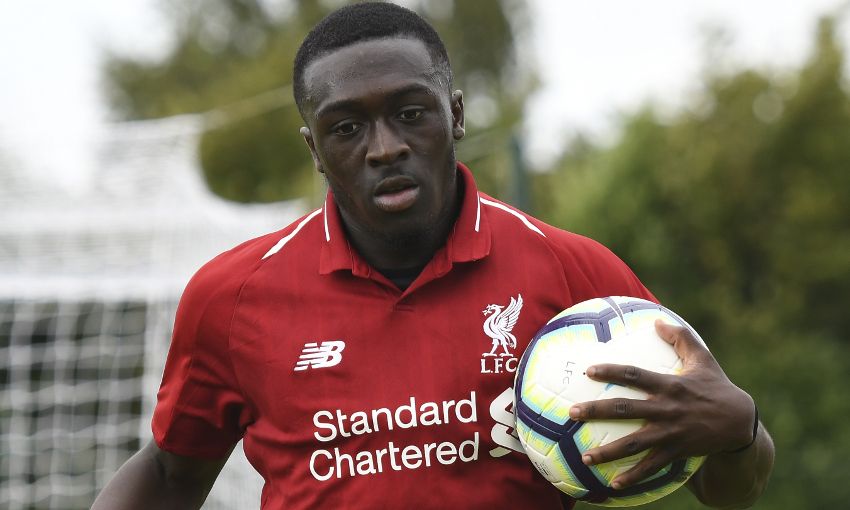 Bobby Adekanye hopes to be in contention for Liverpool U23s' trip to Chelsea on Saturday.

The forward sustained a knee injury from a heavy fall in the closing stages of the Premier League 2 clash with Arsenal last Friday and was stretchered off the field and supplied with oxygen.

However, the issue is not as serious as initially feared and the Netherlands youth international himself and U23s boss Neil Critchley are hopeful he will be able to resume training in time for the next game.

“I was in shock myself and was a little bit scared by what happened. It was a horrible landing and the pain wasn’t good,” Adekanye told Liverpoolfc.com.

“I just want to thank the Arsenal physios as well, who helped me along with Paul Kelly and Paul Squires to recover quickly.

“Now I feel less pain, I’m feeling good again and hopefully I will be back training with the squad and can play against Chelsea because it’s a game I don’t want to miss.”

Critchley added: “It’s never nice to see a young boy carried like that and you are obviously worried for him in that moment.

“Fortunately, it seems as though he is going to be OK. I think he went into a state of shock more than anything and he was worried obviously.

“But the pain has subsided somewhat because he had some swelling there and a little bit of pain, but he is walking around and we are hopeful he could still be available for us this weekend.

“Bobby has been a big player for us this season and been in excellent form. In every game we have played he has been a real attacking threat for us.

“The opposition have had trouble handling his ability, he has been playing game in, game out now and if his injury is not as bad we hope he will be able to continue that fine form for us.”

Bobby Adekanye: I feel confident and there's more to come

Adekanye at the double as U23s win in Budapest

Adekanye on the mark as five-star U18s thrash Derby