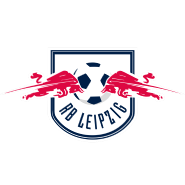 Liverpool produced an impressive performance as they defeated RB Leipzig 2-0 in the first leg of their Champions League last-16 tie in Budapest.

Mohamed Salah gave the Reds the lead eight minutes into the second half when he latched onto a loose backpass and raced clear before finishing with trademark aplomb.

A second followed soon after, with Sadio Mane capitalising on Nordi Mukiele’s error and netting clinically at Puskas Arena in the Hungarian capital to give Jürgen Klopp’s side the advantage at the halfway point of the tie.