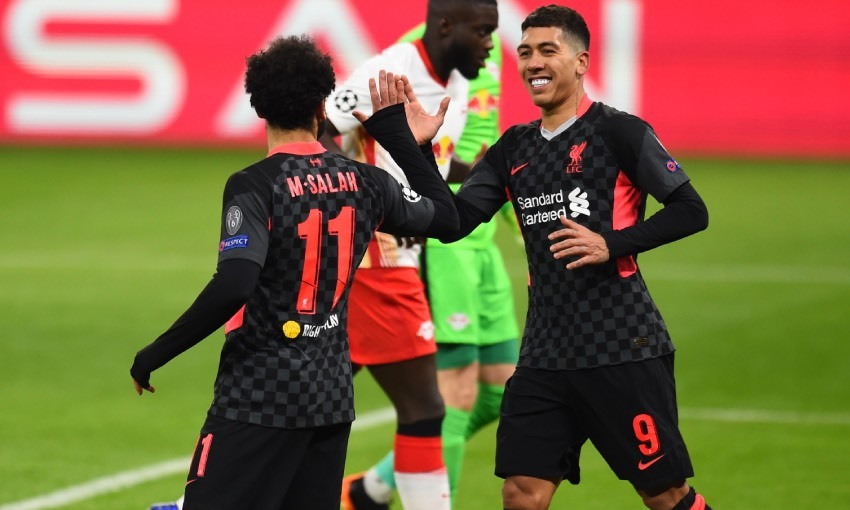 Liverpool produced an impressive performance as they defeated RB Leipzig 2-0 in the first leg of their Champions League last-16 tie in Budapest.

Mohamed Salah gave the Reds the lead eight minutes into the second half when he latched onto a loose backpass and raced clear before finishing with trademark aplomb.

A second followed soon after, with Sadio Mane capitalising on Nordi Mukiele’s error and netting clinically at Puskas Arena in the Hungarian capital to give Jürgen Klopp’s side the advantage at the halfway point of the tie.

Liverpool made one change – and it was an enforced one as James Milner missed out due to a hamstring injury, so Thiago Alcantara was restored to the starting line-up.

Ben Davies and Divock Origi returned on the bench.

Budapest’s impressive Puskas Arena was chosen as the venue for the first leg of the tie as COVID-19 restrictions in Germany prevented Leipzig from hosting the fixture at their home stadium.

When play got under way, the Reds dominated the ball in the opening minutes; however, Dani Olmo could have given Leipzig the lead with five on the clock when he nodded against the base of the post from 10 yards out following Angelino’s centre.

Liverpool went close themselves twice in quick succession as they regained control. First, Trent Alexander-Arnold’s ball around the corner sent Salah speeding into the box, but he was thwarted by a strong arm from ex-Red Peter Gulacsi.

Klopp’s team regained possession quickly and Curtis Jones slid Roberto Firmino into space. This time, the No.9 crashed into the side-netting. 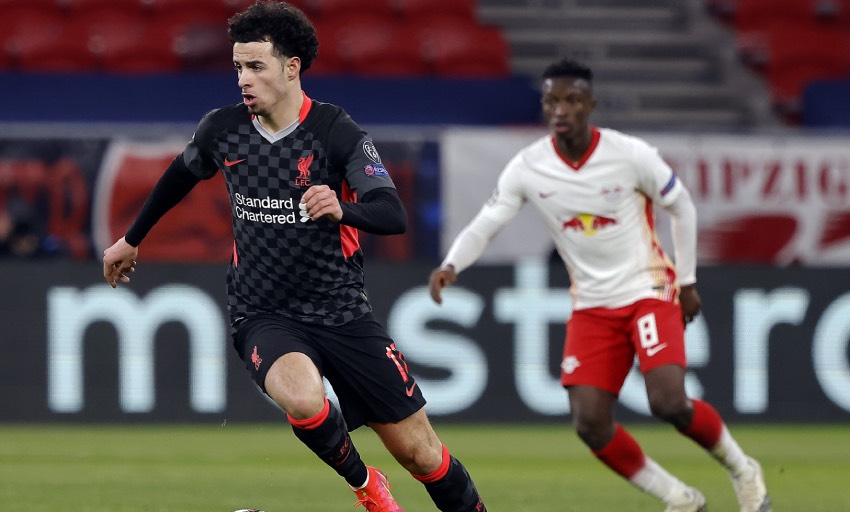 Next, a fine interchange of play between Firmino and Salah resulted in the former hoisting the ball into the centre, where Mane rose to head over the crossbar.

Just after the half-hour mark, the away team went close once more. This time, Gulacsi raced from his line to prevent Mane reaching a pass over the top. But his clearance landed at the boots of Andy Robertson, who sent it back where it come from and skimmed the roof of the net from 45 yards.

Firmino then had a stooping headed effort ruled out after it was deemed the ball had gone out of play before Mane hooked it into his path as the opening half concluded without a goal.

Leipzig almost began the second half by taking the lead inside two minutes as Christopher Nkunku escaped behind Jordan Henderson, but was thwarted by a fine save from Alisson Becker.

Nevertheless, it was Liverpool who made the breakthrough on 53 minutes.

A wayward pass backwards from Kevin Kampl was pounced upon by Salah, who raced clear and deceived Gulacsi with a reverse shot into the corner.

The Reds added a second moments later. This time, Mukiele misjudged an attempted clearance from Jones’ ball forward, allowing Mane to speed away and slip home.

Leipzig replied with Angelino crashing a drive wide of the post and Olmo being denied by a block from Robertson as he went to shoot inside the area.

As the contest entered its final quarter, Alex Oxlade-Chamberlain and Xherdan Shaqiri were dispatched from the bench in place of Thiago and Firmino.

In stoppage time, Leipzig had a chance to reduce the arrears, but substitute Hwang Hee-Chan scooped wide of the advancing Alisson as Liverpool sealed a commanding first-leg advantage ahead of the return meeting on March 10.