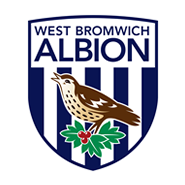 Liverpool were held to a 1-1 draw by West Bromwich Albion in the Premier League at Anfield.

Sadio Mane rasped the Reds into an early lead when he controlled Joel Matip’s pass on his chest and fired home on the turn.

However, West Brom equalised in the 82nd minute when Semi Ajayi rose to find the back of the net with a header that went in off the upright.

Roberto Firmino almost won the points at the death, but his close-range nod goalwards was foiled by a fine save from Sam Johnstone.