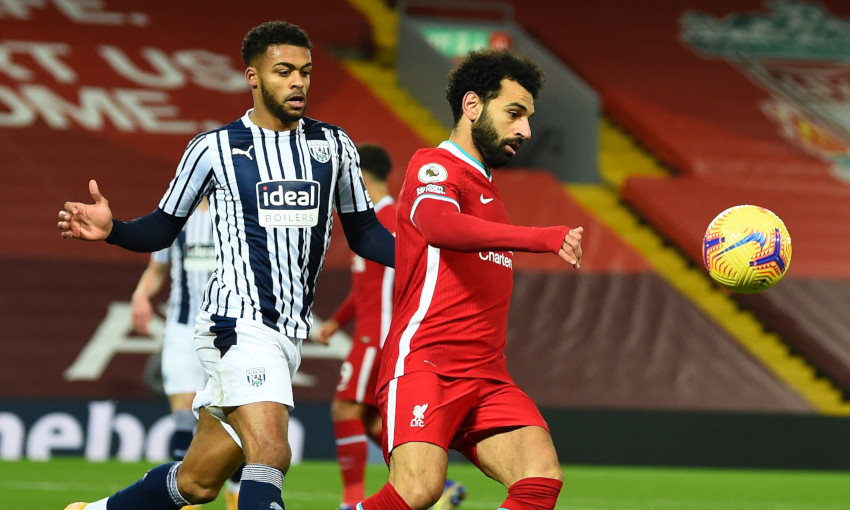 Liverpool were held to a 1-1 draw by West Bromwich Albion in the Premier League at Anfield on Sunday evening.

Sadio Mane rasped the Reds into an early lead when he controlled Joel Matip’s pass on his chest and fired home on the turn.

However, West Brom equalised in the 82nd minute when Semi Ajayi rose to find the back of the net with a header that went in off the upright.

Roberto Firmino almost won the points at the death, but his close-range nod goalwards was foiled by a fine save from Sam Johnstone.

Liverpool’s teamsheet showed two changes from the side deployed in last week’s 7-0 win at Crystal Palace as Mohamed Salah and Curtis Jones came in for Takumi Minamino and Naby Keita.

James Milner and Xherdan Shaqiri were back among the substitutes after recovering from respective injuries. 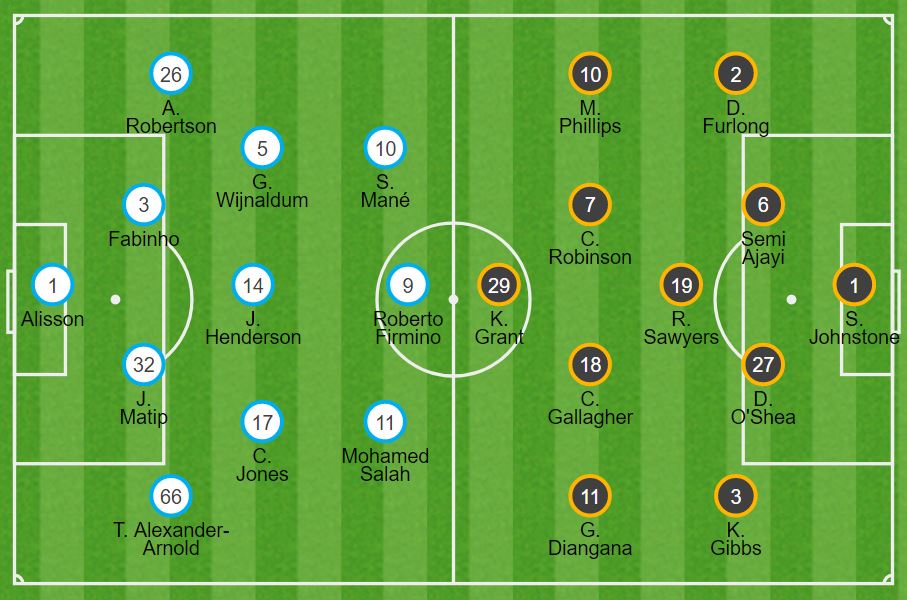 Liverpool got their final home game of 2020 under way aiming to strengthen their grip on top spot in the Premier League table in their defence of the title.

But West Brom’s intent to make life as difficult as possible for the champions was clear in the opening exchanges.

With the Reds dominating the ball, a trademark Andy Robertson fizzed delivery into the area just evaded Salah at the back post with six minutes played.

However, West Brom’s early stubbornness was undone with 12 on the clock. Matip arched a pass into the box from inside the opposition half, where Mane controlled it on his chest, spun and cracked a shot beyond Johnstone in one fluid movement. 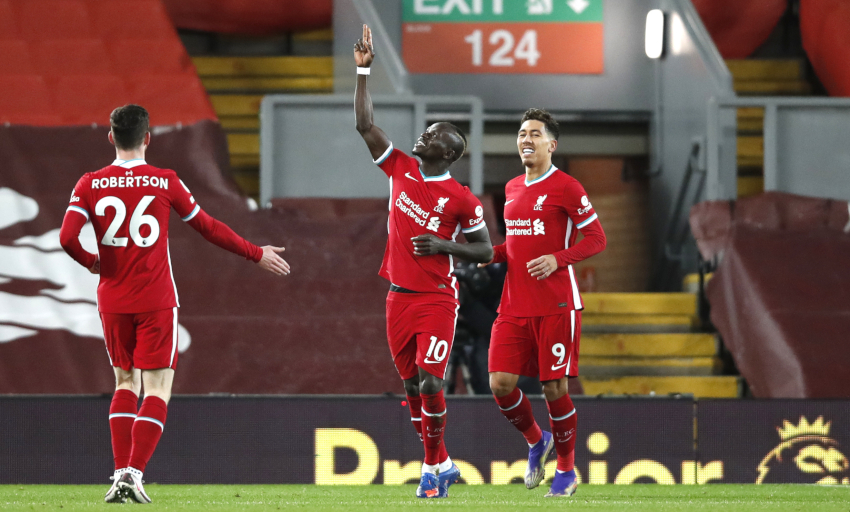 The No.10 then glanced a header wide before he was beaten to a Trent Alexander-Arnold delivery by the toe of Darnell Furlong as the hosts pressed for a second.

On 34 minutes, Salah’s snap-shot from Dara O’Shea’s attempted headed clearance of a Robertson free-kick just cleared the crossbar, but Liverpool couldn’t add further to their tally before the break.

The Reds were close to increasing their advantage in the opening seconds after the restart when Jordan Henderson swiped inches wide of the post from the edge of the box from Georginio Wijnaldum’s layoff.

Karlan Grant did call Alisson Becker into action in the 52nd minute; however, his drive was a routine take for the home side’s No.1.

Liverpool were forced into a change on the hour mark when Matip pulled up and was required to leave the field, with Rhys Williams his replacement.

They almost grabbed a second soon after, though, but Salah nodded over from Wijnaldum’s hoisted ball back into the area.

Indeed, the champions needed a fine block from Alisson to keep their lead intact as the game ticked into its final quarter when Grant raced into the area beyond Williams, but was foiled by the Brazilian ‘keeper.

Alexander-Arnold then clipped a free-kick over from 25 yards, but West Brom levelled with eight minutes remaining when Ajayi’s header from a short-corner routine crossed the line via the post.

Firmino thought he had won it in the final minute, but his header from substitute Alex Oxlade-Chamberlain’s cross was tipped around the post by a fine stop from Johnstone.