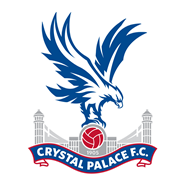 Liverpool finished third in the Premier League after Sadio Mane's double secured a 2-0 win over Crystal Palace in front of 10,000 fans at Anfield.

The Reds' final-day victory, coupled with Chelsea's 2-1 defeat by Aston Villa, saw Jürgen Klopp's side rise one place in the standings and secure qualification for next season's Champions League.

Mane's first goal, a poacher's finish at the back post after a corner, came in the 36th minute, and the No.10 made sure of his team's top-four berth with a second-half hit at the Kop end.

Liverpool conclude the campaign unbeaten in their final 10 top-flight matches and will return to Europe's elite club competition in 2021-22.