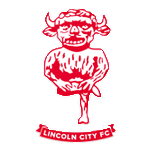 Liverpool advanced to the fourth round of the Carabao Cup after putting seven past Lincoln City.

A well-taken Curtis Jones brace and fine goals from Xherdan Shaqiri and Takumi Minamino gave the Reds a 4-0 lead at half-time.

Minamino struck again before Marko Grujic and Divock Origi added their names to the scoresheet in the second half as Jürgen Klopp's men set up an encounter with Arsenal.

There were also debuts for new signings Diogo Jota and Kostas Tsimikas, as well as 19-year-old Rhys Williams.