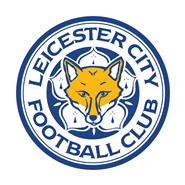 Liverpool were beaten 3-1 by Leicester City in the Premier League.

Mohamed Salah’s sumptuous finish from Roberto Firmino’s assist midway through the second half had given the Reds a lead merited by their lively play up to that point in the contest.

But James Maddison’s free-kick strike – confirmed as a goal after a VAR review checked for offside – began a rapid turnaround by the hosts to claim the three points.

A collision between debutant Ozan Kabak and goalkeeper Alisson Becker as they each sought to cut out a long ball presented Jamie Vardy with an open net, and Harvey Barnes then swept in a third for Leicester.