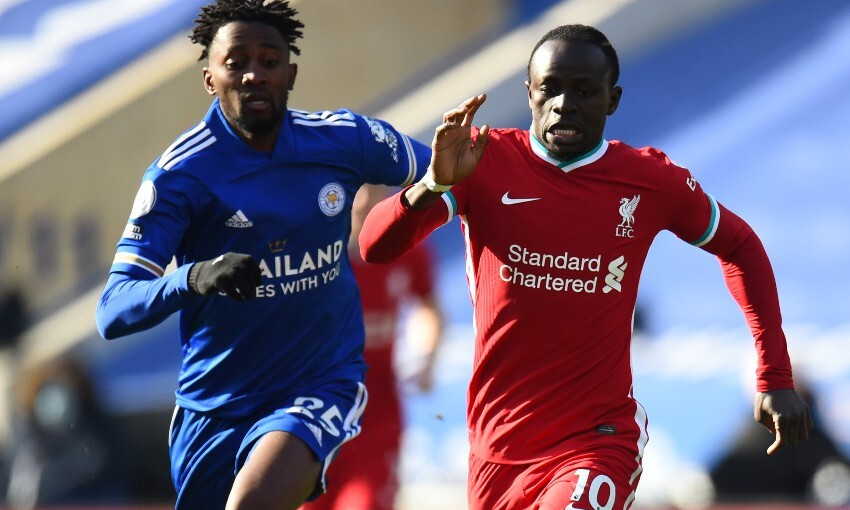 Liverpool were beaten 3-1 by Leicester City in the Premier League on Saturday afternoon.

Mohamed Salah’s sumptuous finish from Roberto Firmino’s assist midway through the second half had given the Reds a lead merited by their lively play up to that point in the contest.

But James Maddison’s free-kick strike – confirmed as a goal after a VAR review checked for offside – began a rapid turnaround by the hosts to claim the three points.

A collision between debutant Ozan Kabak and goalkeeper Alisson Becker as they each sought to cut out a long ball presented Jamie Vardy with an open net, and Harvey Barnes then swept in a third for Leicester.

Jürgen Klopp opted for two changes to his XI at King Power Stadium, including a start for Kabak as the loan signing from Schalke 04 replaced the injured Fabinho in central defence. James Milner also came in for Thiago Alcantara. 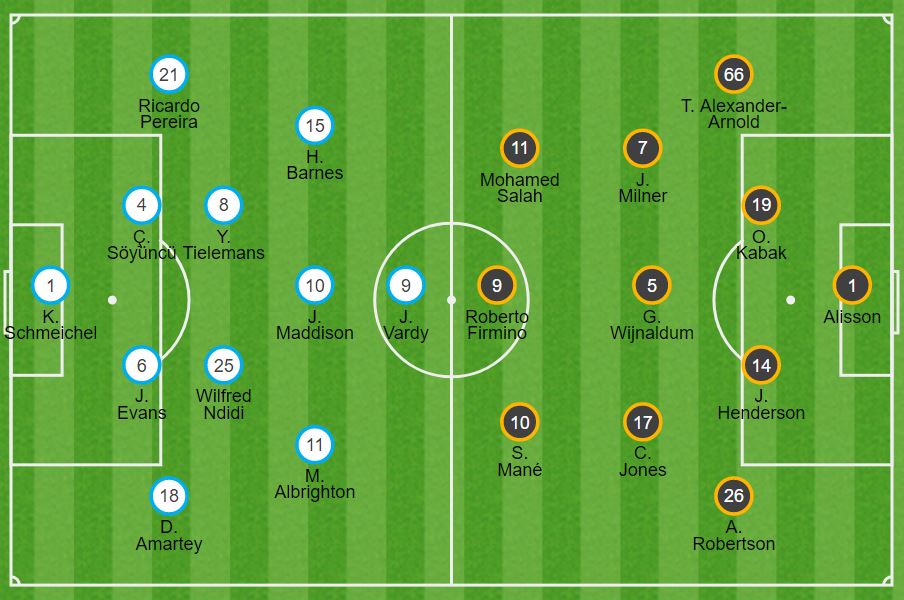 Divock Origi was unavailable due to a hamstring injury, as was Ben Davies, who missed out having sustained a ‘little knock’ ahead of the game.

There was a brisk start in the bitter but bright conditions at King Power Stadium and the contest was only two minutes old when Alisson caught Maddison’s attempt to chip him from the halfway line.

All of Liverpool’s actions were sharp and delivered at pace, and Trent Alexander-Arnold’s outside-of-the-boot pass over the top invited Sadio Mane to bear down on goal but the No.10 could not get the ball under control as Daniel Amartey and Jonny Evans pressured him.

Ten minutes in, Jordan Henderson arrowed a sublime pass over the Leicester backline for Salah’s diagonal dart off the right flank, but, like Mane before him, he was unable to bring it under his spell as he moved into the box.

Vardy hooked a shot over the crossbar, Salah saw penalty appeals waved away following a challenge by Ricardo Pereira and the Egyptian shinned too high from a cleared corner.

Another injury issue befell Liverpool on 17 minutes as Milner signalled he could not continue. On came Thiago from the bench.

The Reds maintained their slick play and next threatened when Salah skipped past Pereira from Alexander-Arnold’s forward pass, but his touch at goal was deflected by Kasper Schmeichel and Amartey blocked out Mane on the rebound. 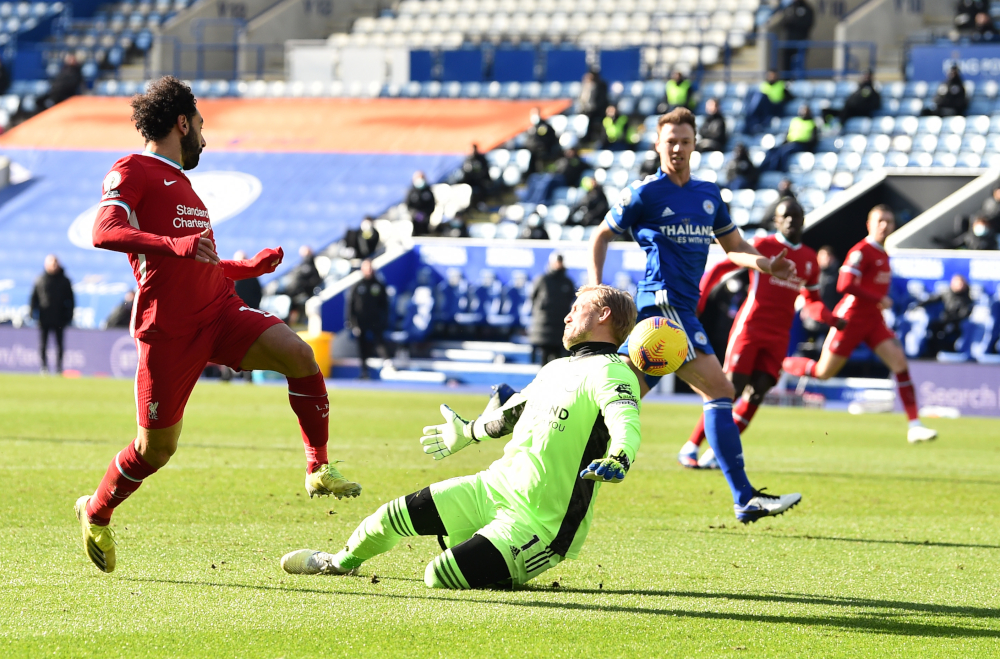 Schmeichel then made a stunning reaction save to glove away Firmino’s close-range finish, though the offside flag was raised.

Vardy headed Barnes’ cross too near to Alisson’s grasp, Andy Robertson’s drive across goal was flicked wide by Amartey, and Vardy crashed a shot against the bar as the hosts came back into it.

And Liverpool needed a fine piece of goalkeeping from Alisson, who raced from his line and stood up to prevent Vardy from capitalising as he broke free in the area, meaning a half packed with chances somehow ended without a goal.

The open, flowing nature of the game continued after the restart and it was the Reds’ turn to hit the woodwork in the 57th minute.

Alexander-Arnold’s free-kick from 25 yards out was diverted on its path by the head of Vardy in the Leicester wall and looped down onto the bar – and away. 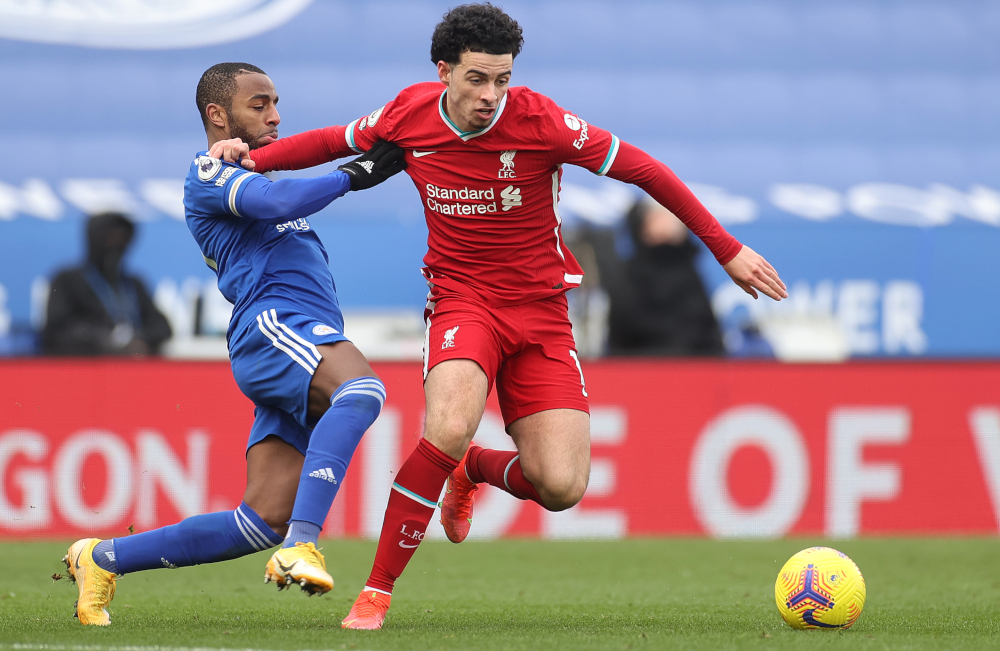 The breakthrough instead came with 67 minutes on the clock, created by Firmino and finished by Salah in equally wonderful measure.

Alexander-Arnold’s persistence underpinned it, the full-back following up his own blocked shot with a low cross to Firmino in the box. He took a touch to control and two more to magically tee up Salah, who dispatched a clinical finish into the far corner.

But a Leicester fightback in the final 12 minutes consigned Liverpool to a third consecutive defeat in the Premier League.

Maddison’s low set-piece from the left edge of the penalty box reached the opposite corner of the goal and was initially ruled out for an offside in the middle, but a VAR review overturned the decision.

Moments later, a mix-up between Kabak and the outrushing Alisson as they dealt with a knock over the top spilled the ball into the path of Vardy, who was able to convert into an unguarded net.

The Reds’ No.1 made an excellent save to deny Vardy on the rebound from a Barnes shot, but the latter did sweep home a third for the Foxes to confirm disappointment for the Reds.