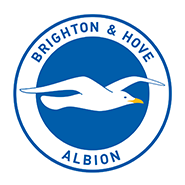 Liverpool were forced to settle for a point after an eventful 1-1 draw away at Brighton & Hove Albion in the Premier League.

Diogo Jota's lovely run and finish gave the Reds the lead midway through the second period at the Amex Stadium.

But they were pegged back by Pascal Gross' 93rd-minute penalty after VAR intervention following a challenge from Andy Robertson on Danny Welbeck inside the penalty area.

Neil Maupay missed a spot-kick for the hosts early on in the first half, while Liverpool's Mohamed Salah and Sadio Mane both had goals chalked off for offside.