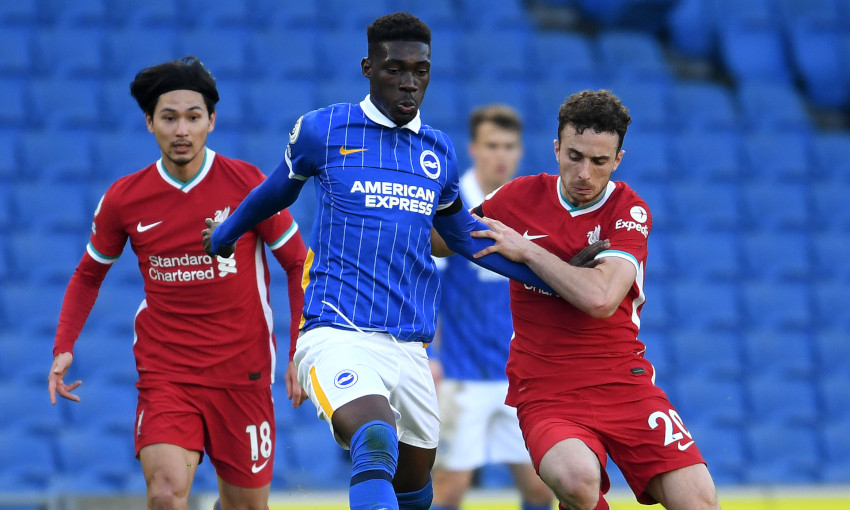 Liverpool were held to a 1-1 draw at Brighton & Hove Albion after a stoppage-time penalty for the hosts on Saturday afternoon.

Diogo Jota’s outstanding second-half goal looked to have secured three points for the Reds at the Amex Stadium but Pascal Gross converted from 12 yards in the 93rd minute when Andy Robertson was judged to have fouled Danny Welbeck.

An eventful encounter had earlier seen Neal Maupay miss a penalty midway through the first half, while both Mohamed Salah and Sadio Mane had efforts disallowed.

The result did move Jürgen Klopp’s side to the top of the Premier League table, a point clear of Tottenham Hotspur ahead of the rest of the weekend’s fixtures.

With kick-off on the south coast coming little more than 60 hours after the midweek Champions League clash with Atalanta BC finished, Klopp again shuffled his options.

There were six changes in total, including starts for Takumi Minamino and Nathaniel Phillips, plus the return from injury of Jordan Henderson on the bench.

A clever flicked pass inside the Brighton defence by Roberto Firmino released Jota in the left channel but the forward’s attempted pass across the box to Salah was snuffed out.

Then, Fabinho’s pinpoint clipped pass from deep chimed with Salah’s run off the shoulder of his marker and freed the Egyptian in behind. Salah took one touch to set himself at the edge of the box and slashed a shot that flew off target. 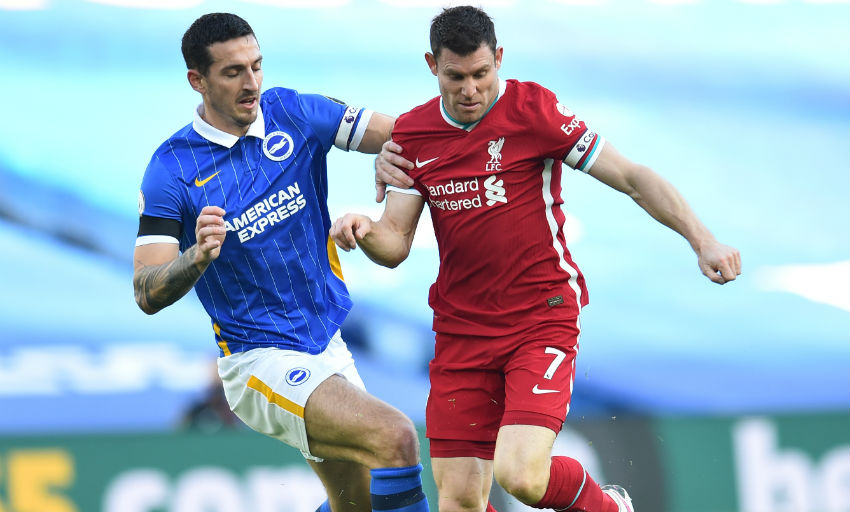 That bright beginning gave way to an extended period of pressure from the home side, though, and the Reds were saved only by Brighton squandering two glorious chances to open the scoring.

First, Maupay swept a ball in between Liverpool’s centre-halves for Aaron Connolly, who was one-on-one with Alisson Becker as he shaped his body for a right-footed curler around the goalkeeper.

But the finish landed wide of the right post – and there would be a carbon copy when the Seagulls were awarded a penalty on 19 minutes.

Connolly’s surge into the Liverpool box was illegally halted by a Neco Williams challenge and the referee pointed to the spot. But Maupay side-footed his kick outside the same frame of the goal as Alisson moved in the other direction.

Klopp’s men had the ball in the net with 34 on the clock.

Firmino superbly brought down a long knock out and lobbed a pass through the centre for Salah. The No.11 bounded towards goal and pushed a strike into the ground and over Mat Ryan. A VAR review ruled he was offside in the build-up, however. 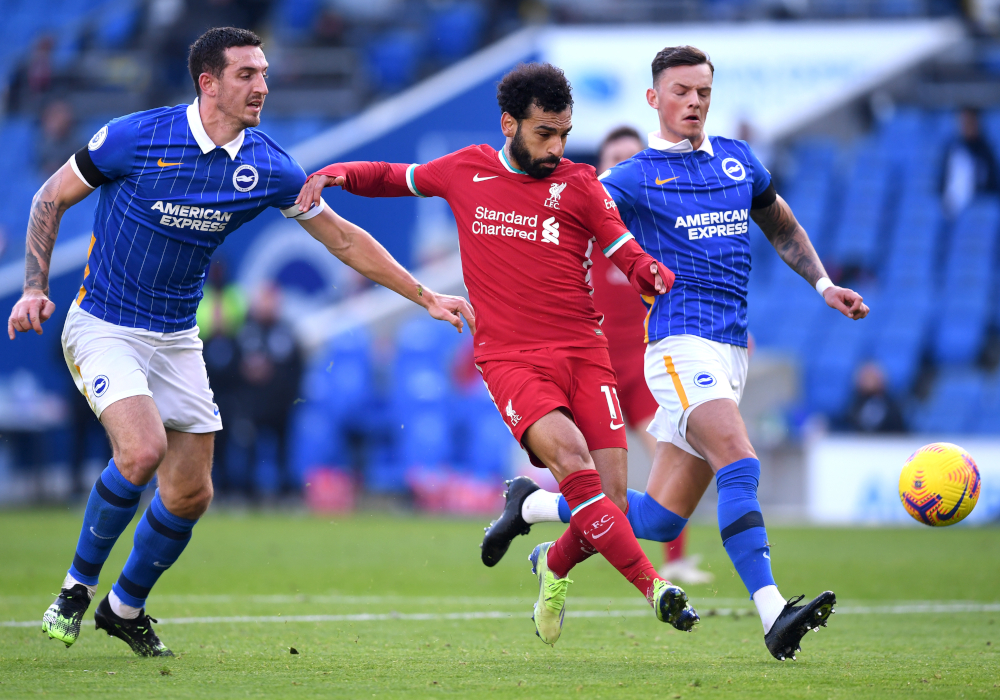 The Reds made a change at the outset of the second half as Henderson replaced Williams and James Milner switched from midfield to right-back.

And they started to enjoy greater possession, though were warned again by Brighton when Welbeck broke clear of Fabinho, stepped inside Henderson and drove in a low shot that required Alisson to handle.

But Liverpool found the breakthrough a minute before the hour mark.

It was a sensational exhibition of skill from Jota, too. After Robertson kept a move alive on the left and Salah nudged the ball to his fellow forward, Jota deftly slalomed into the opposition box and dragged a precise finish back inside the left post. 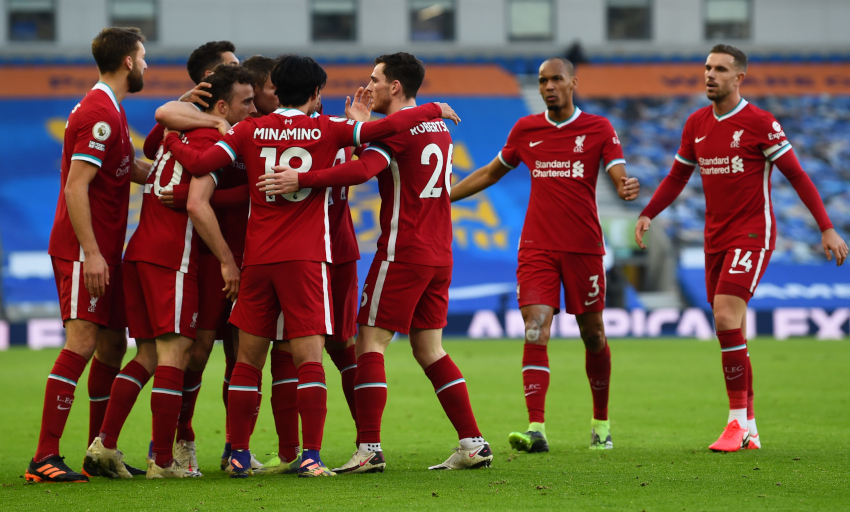 Klopp introduced Mane from the bench and was then forced into a final substitution when Milner went down with an injury. On came Curtis Jones as the side’s third right-back of the day.

Back came Brighton and Solly March’s dangerous cross towards two waiting teammates was, perhaps with a touch of fortune, diverted over the bar by Robertson.

The Reds then had a second effort chalked off following a VAR check, with Mane clearly offside as he headed home Robertson’s free-kick seven minutes from the end.

And, halfway through stoppage time, a VAR review of Robertson’s challenge on Welbeck confirmed a second penalty for the Seagulls, which Gross guided beyond Alisson.