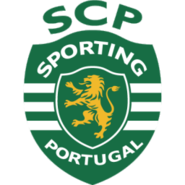 Liverpool's United States tour ends with a 2-2 draw against Sporting CP at Yankee Stadium, New York in the Western Union Cup. Divock Origi and Georginio Wijnaldum were on target for the Reds.

Liverpool are held to a draw by Sporting at Yankee Stadium in the Western Union Cup.

They fell behind to Bruno Fernandes' early strike, but recovered to go into half-time with a 2-1 lead thanks to strikes from Divock Origi and Georginio Wijnaldum.

However, Marcus Wendel equalised in the early stages of the second period to ensure spoils were shared in New York as Jürgen Klopp's side concluded their United States tour. 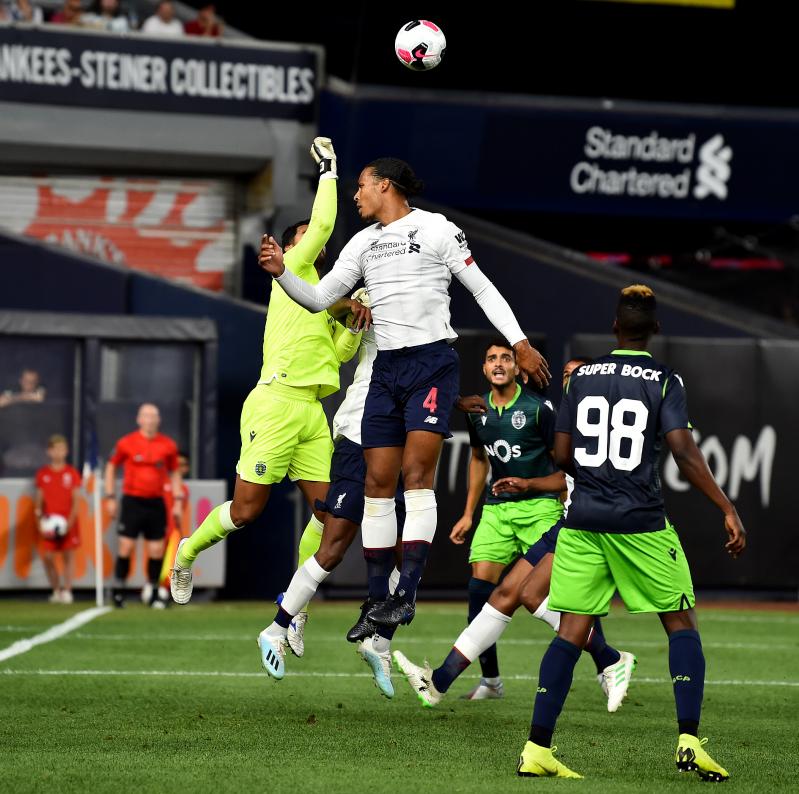 Three minutes of added time to be played.

Sepp van den Berg comes on for his Liverpool debut. He replaces Matip.

Fabinho sees yellow for a trip on Plata.

Lallana meets Kent's cross at the near post but diverts it wide.

Mignolet does well to keep out Belloli's low effort towards the bottom corner. Good save.

Liverpool changes: Gomez, Wilson and Kent on, Alexander-Arnold, Oxlade-Chamberlain and Robertson off.

Van Dijk meets Alexander-Arnold's corner with a header that bounces down into the turf and up against the post before Sporting scramble clear.

Matip is an inch away from converting Milner's free-kick from the left corner of the area.

Sporting are level as Wendel and Fernandes exchange passes down the left and the former steers a return ball from the latter beyond Mignolet from 10 yards.

The Reds recover from Bruno Fernandes' early goal to go in ahead at the break thanks to strikes from Divock Origi and Georginio Wijnaldum. 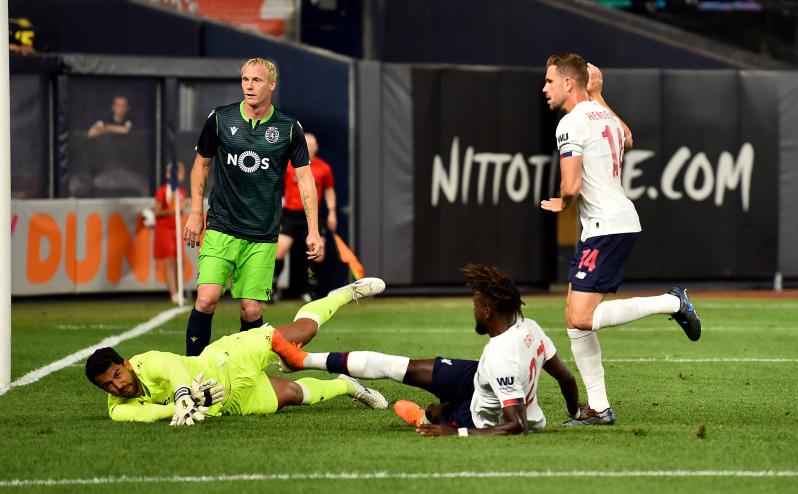 Mignolet attones for his earlier error with a brilliant double save from point-blank range to deny Vietto at a corner.

Fernandes gets back to block Wijnaldum as the No.5 looked almost certain to convert from Milner's pass.

Liverpool have the lead in New York. Oxlade-Chamberlain plays an absolutely sublime outside-of-the-boot pass into the path of the midfielder, whose shot takes a deflection off Neto and beats the goalkeeper.

Former Red Tiago Ilori meets a ball towards the back post and heads into the side netting.

Wendel attempts to bend an effort around Robertson and into the bottom corner. It cannons against the base of the post, hits Mignolet on his back and goes behind for a corner.

Neto is shown yellow for a really poor challenge on Wijnaldum.

Robertson pounces on a ball inside the area and cracks a half-volley over the bar.

Phellype skids a shot not too far wide of Mignolet's far post from the corner of the area.

Liverpool are level - and Origi is on the mark again.

Alexander-Arnold's cross-field pass sends Wijnaldum scampering into space inside the area. He lays it off for Robertson to cross, where Henderson's meets the ball with a downward header. It's initially kept out by Ribeiro; however, Origi is on hand to sweep in the loose ball from close range.

Van Dijk rises to plant a header towards the bottom corner from Alexander-Arnold's corner. This time, Ribeiro gets down to claw it away.

Matip now heads against the crossbar from Alexander-Arnold's corner; however, play is brought back for a foul on the goalkeeper.

Matip meets Milner's corner, but he can't generate either the power or direction on his header.

Sporting have the lead as Simon Mignolet misjudges Fernandes' shot from range and the ball squirms from his grasp and over the line.

Origi collides with Ribeiro as the challenges the goalkeeper to reach Fabinho's low cross into the six-yard box.

We're under way at Yankee Stadium as Sporting CP start the game.

The teams emerge from the tunnel to the sound of Jay Z's hit 'Empire State of Mind'. 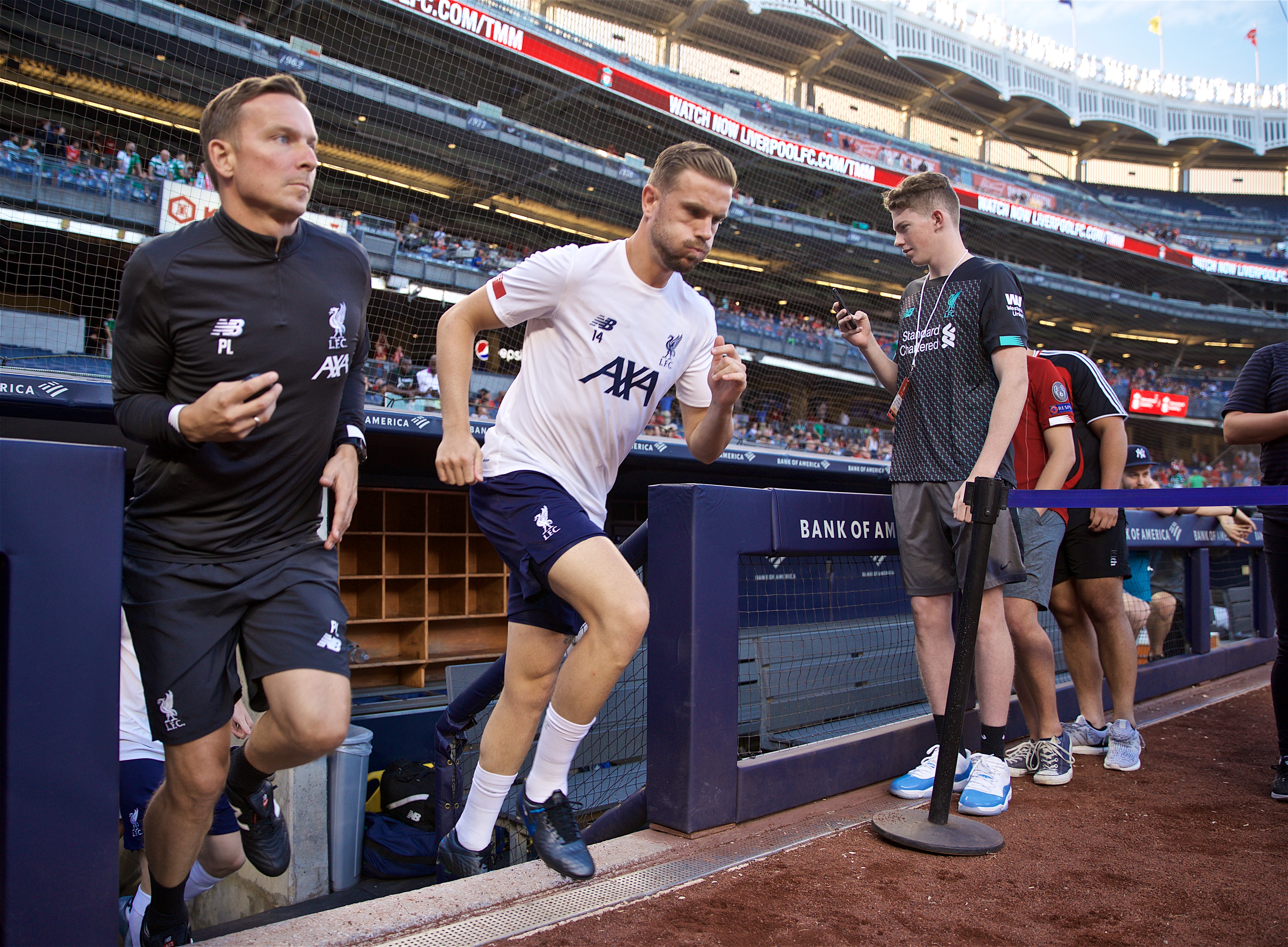 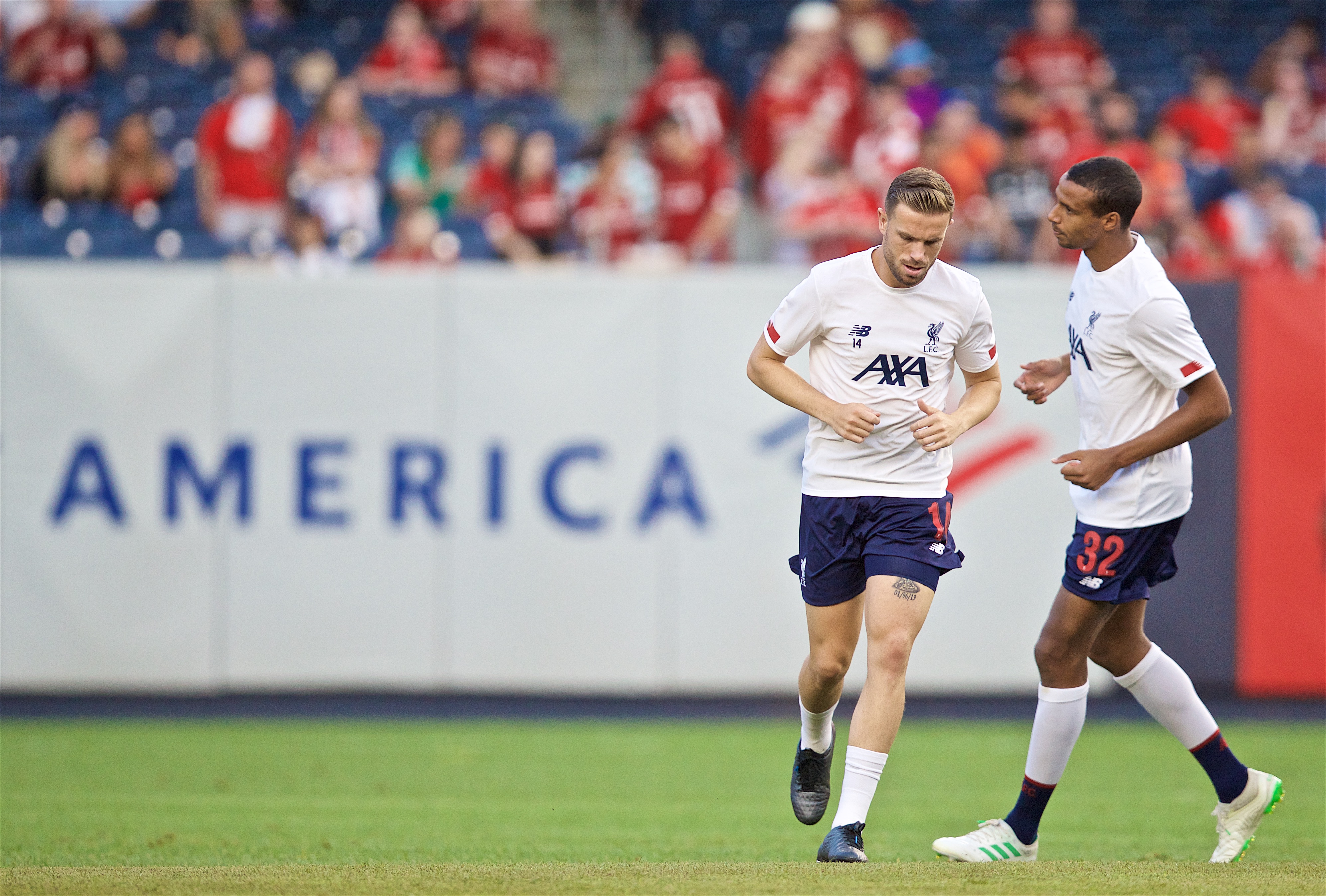 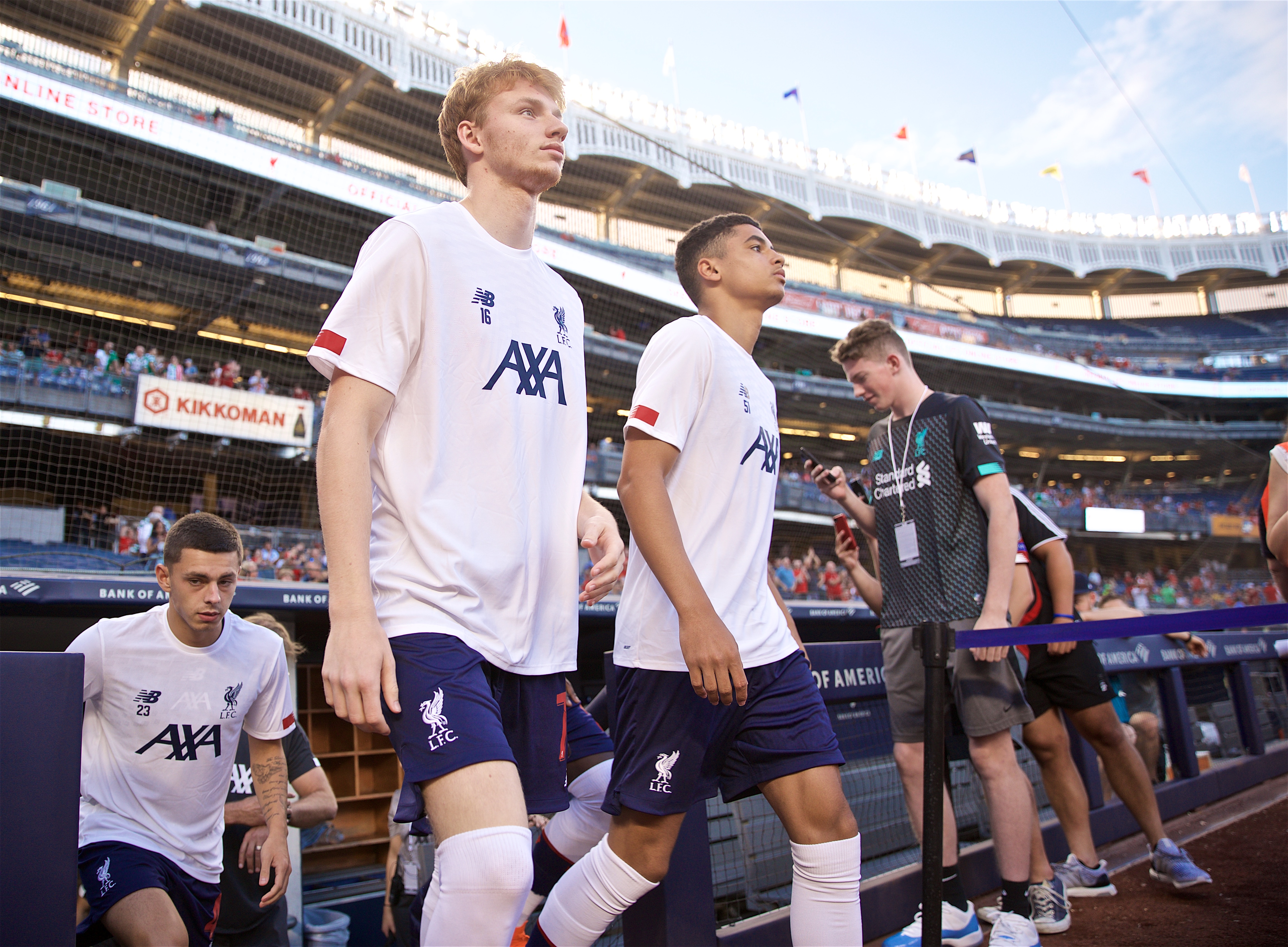 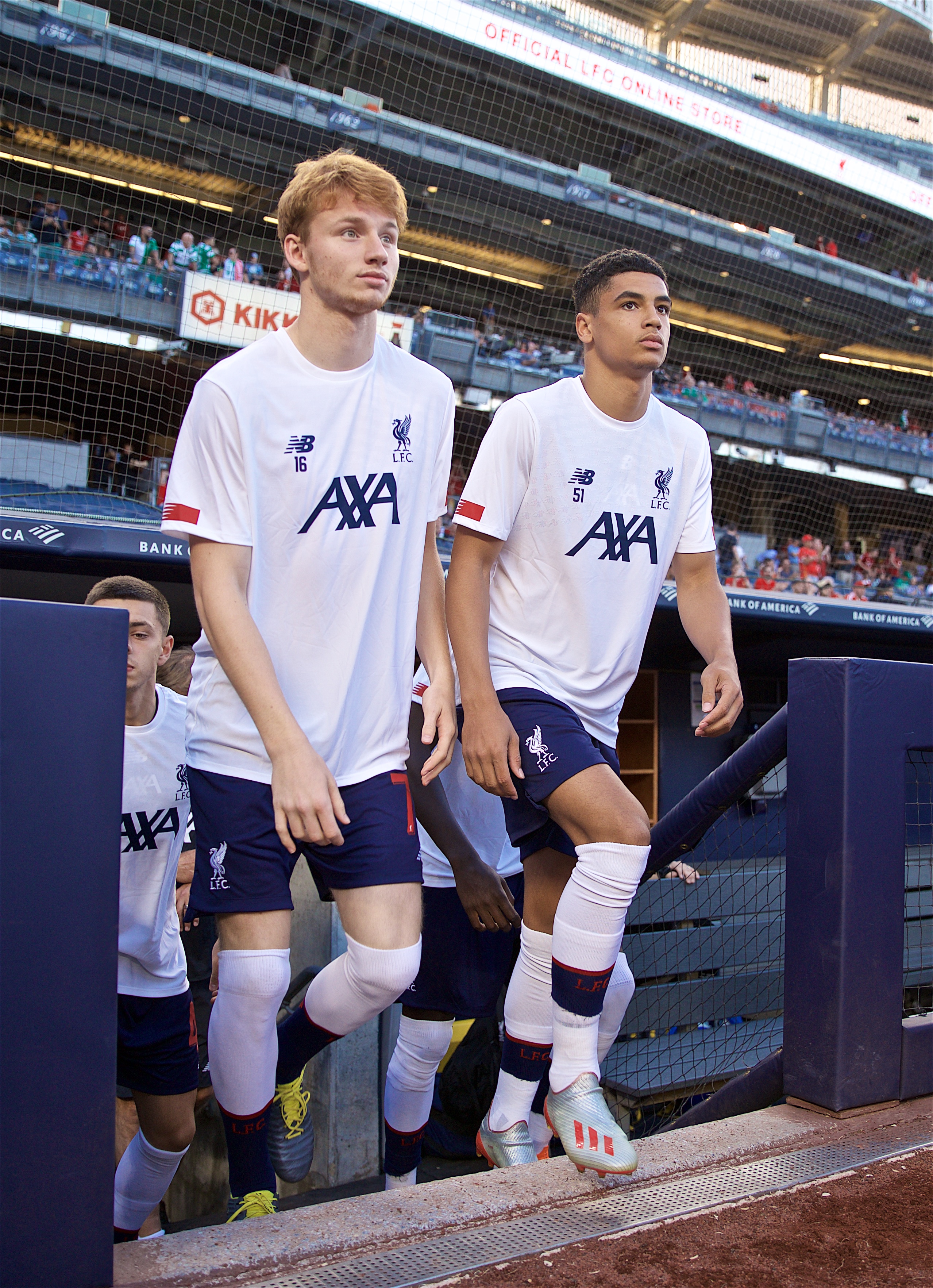 The Reds players and staff took a walk around Central Park this morning to stretch the legs ahead of tonight's game at Yankee Stadium. 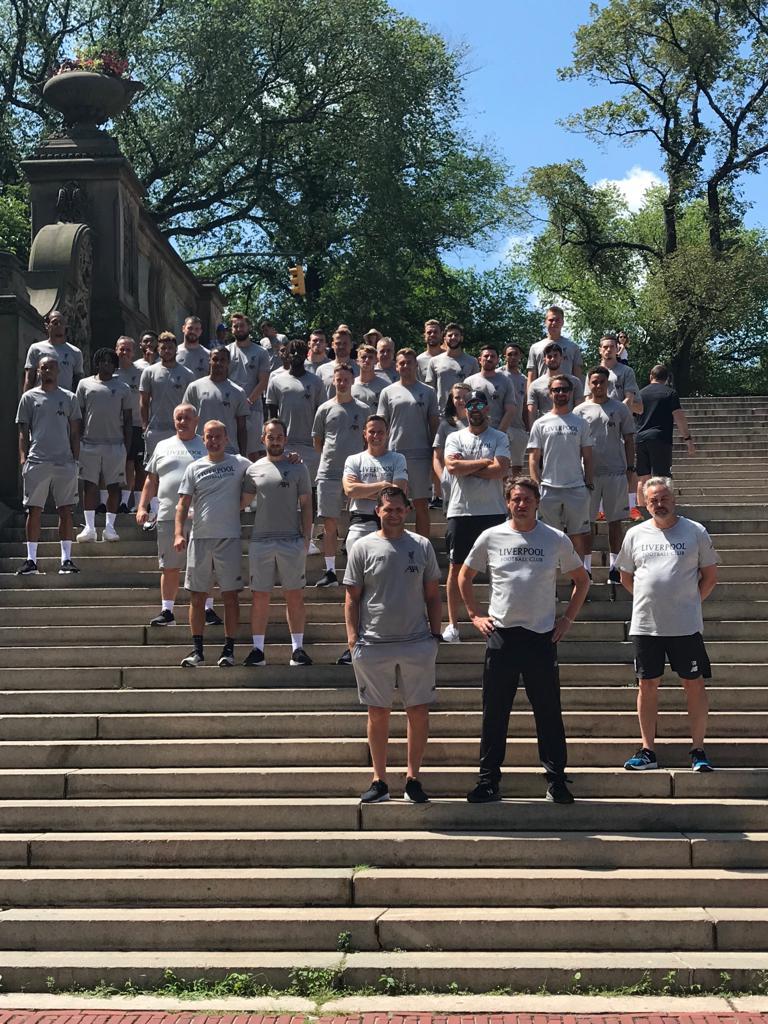 Both sides are out on the turf at Yankee Stadium to conduct their warm-ups and we're now just half an hour away from kick-off in the final act of Liverpool's 2019 USA tour.

Walking out with Dejan. What a setting for our final US fixture 👌 #LFCPreSeason🇺🇸 https://t.co/apnsjqU567 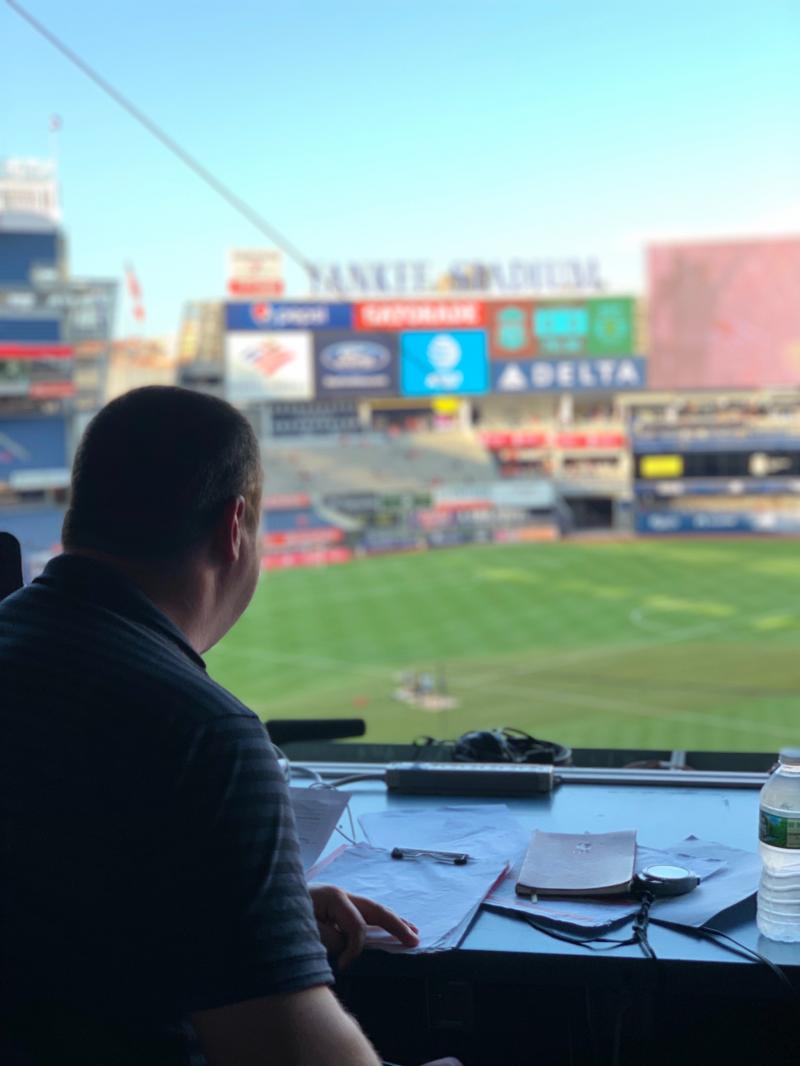 The gaffer speaks to LFCTV ahead of kick-off in New York... 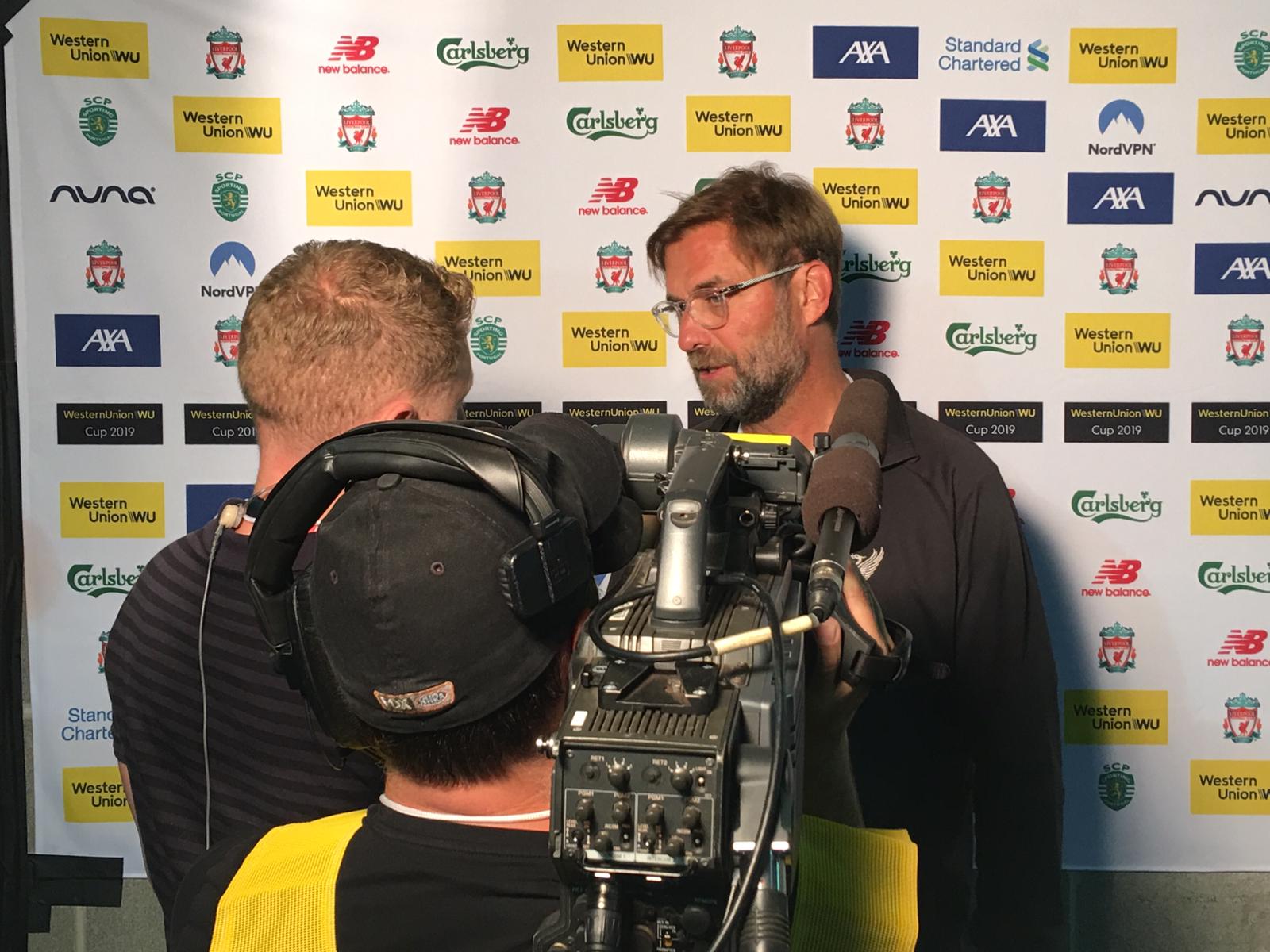 Watch our live build-up from Yankee Stadium via YouTube below now, with exclusive interviews and previews to the meeting with Sporting CP.

And, of course, remember we'll be broadcasting the full 90 minutes live on LFCTV and LFCTV GO.

The Portuguese side name former Liverpool defender Tiago Ilori in their starting line-up at Yankee Stadium.

Tonight's teamsheet is in and shows a return for Joel Matip in defence after the centre-back did not figure against Sevilla at Fenway Park on Sunday.

Elsewhere, Adam Lallana has recovered from a dead leg and is named on the bench, as is Sepp van den Berg having received FIFA clearance. 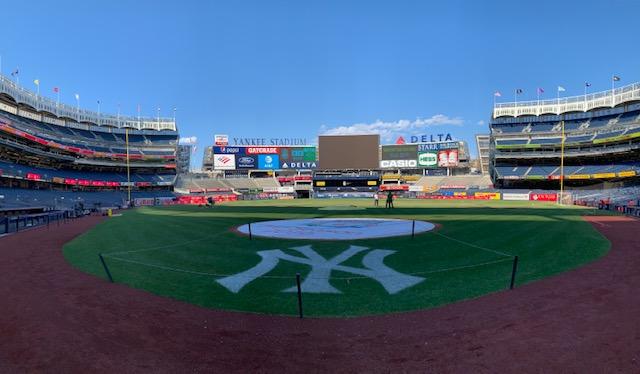 The US story so far

There have been two narrow defeats for the Reds in America so far, against Borussia Dortmund at Notre Dame and Sevilla in Boston. See the highlights of those two games below...

Summer signing Sepp van den Berg's wait to be involved in a matchday squad is over - the centre-back has received FIFA clearance and is eligible to feature against Sporting CP at Yankee Stadium tonight. 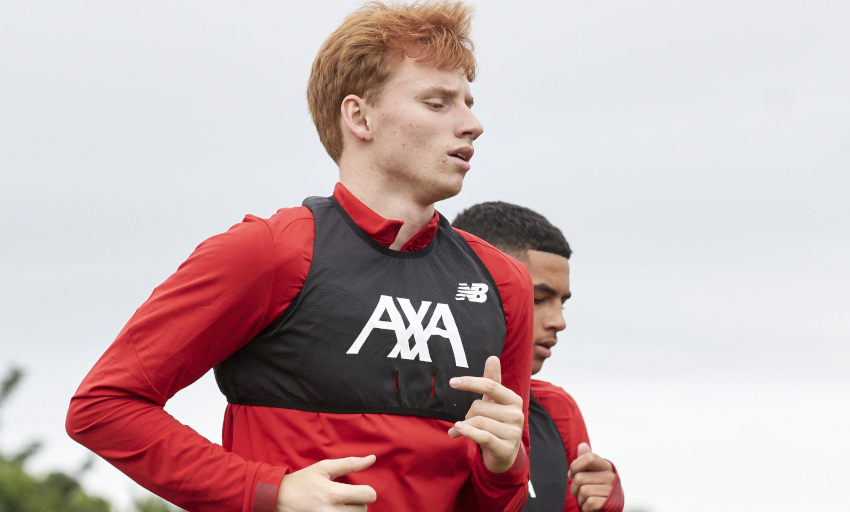 Liverpool FC Women paid their respects at Ground Zero on Wednesday morning, with manager Vicky Jepson and captain Sophie Bradley-Auckland laying a wreath on behalf of the club. 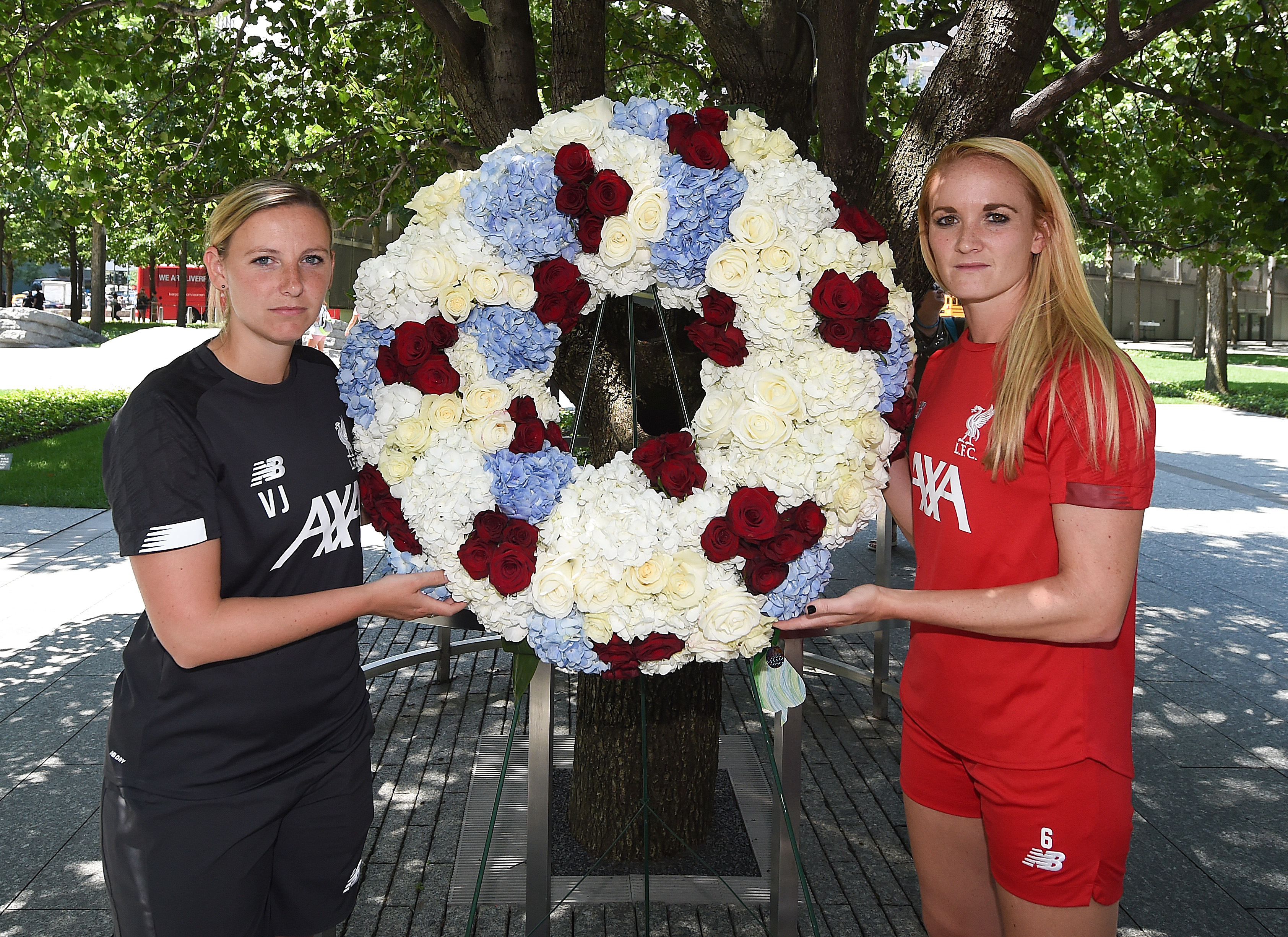 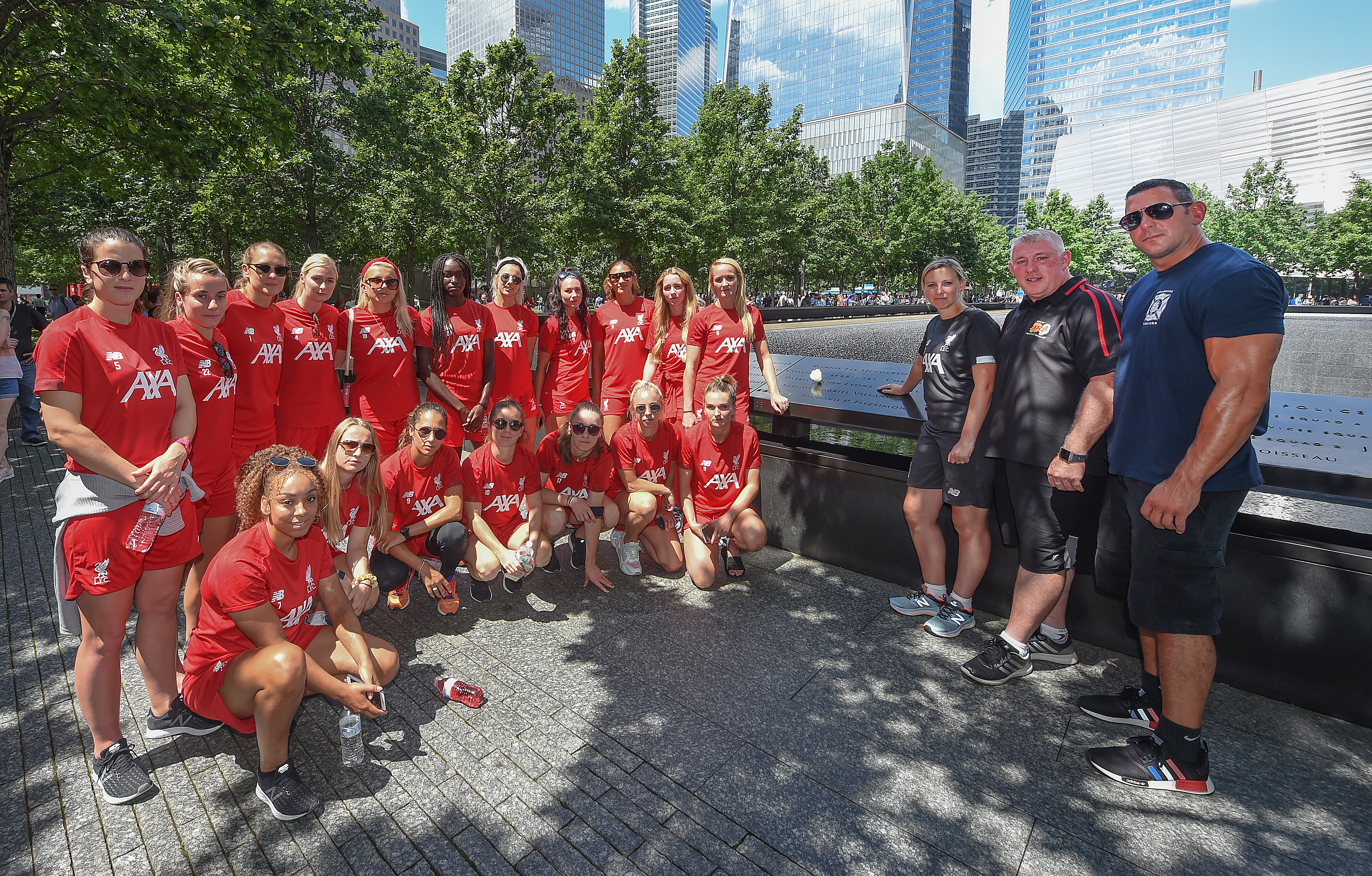 Watch the hilarious video below to find out...

The tour that never slows down reaches the city that never sleeps... looking forward to @yankeestadium later 🇺🇸🙌🏻🍎… https://t.co/2K5F2nidGj

Liverpool's stylish new away kit for 2019-20 is set to get its first matchday outing tonight. 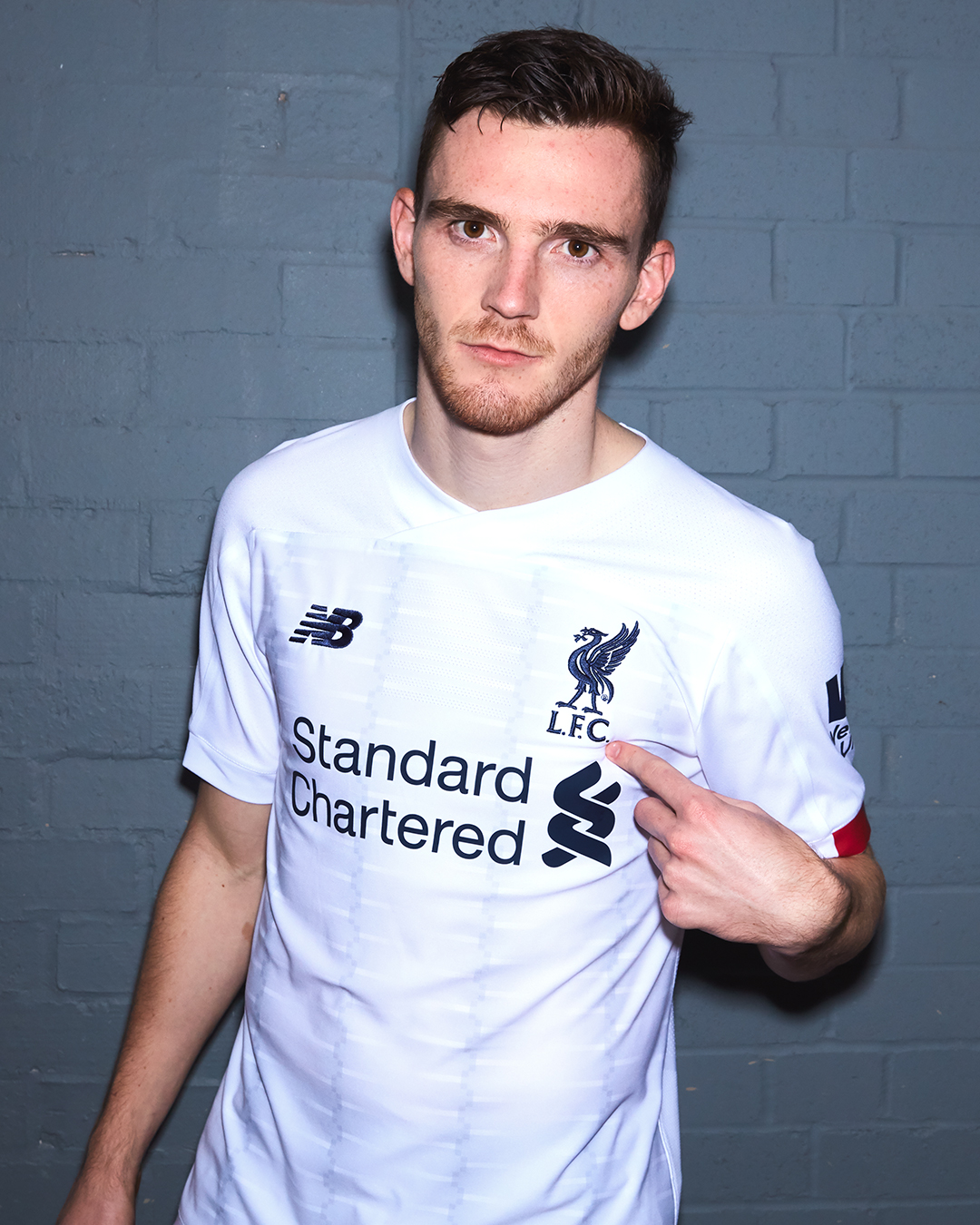 The Reds touched down in New York on Tuesday afternoon following a flight of around 40 minutes from Boston.

Our photographer was on board with the team and took the below snaps of them disembarking at LaGuardia Airport...

Well, they do say New York is the city that never sleeps...

Behind the scenes in Boston

The Reds made their way to New York from Boston, where they faced Sevilla at the iconic Fenway Park on Sunday.

Take an inside look at that affair in the video below...

The full-back has returned to Melwood from the US to begin his rehab programme after sustaining an anterior cruciate ligament injury during the Reds' game against Dortmund last Friday.

Read the full story, including quotes from Jürgen Klopp, here. 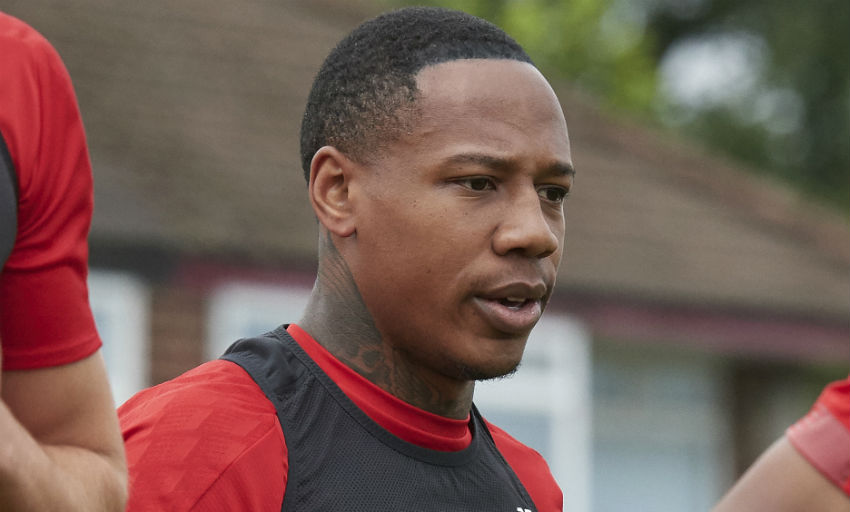 This match will be broadcast live on LFCTV and LFCTV GO, so don't miss a moment of the action.

Click here for more information on subscribing to view and to see the live rights in your country. 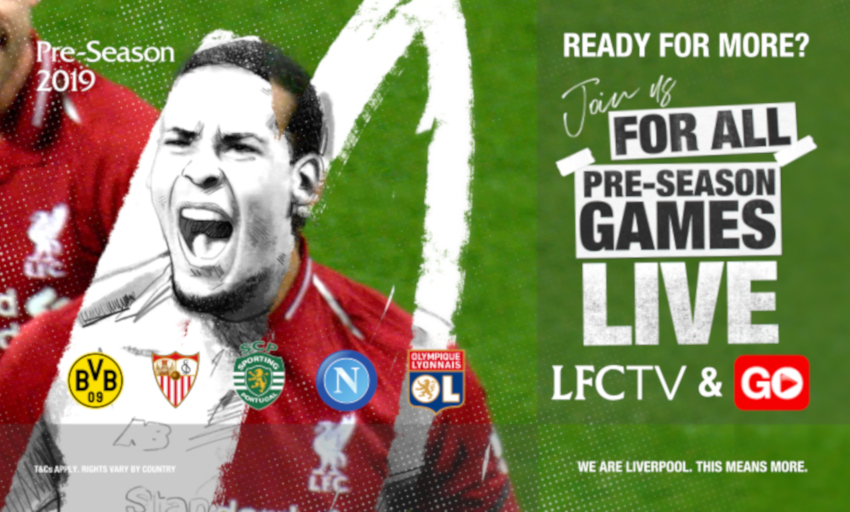 It's the final match of Liverpool's pre-season tour of the United States as the European champions take on Sporting CP at Yankee Stadium – and we'll be keeping you updated with events from the Big Apple. 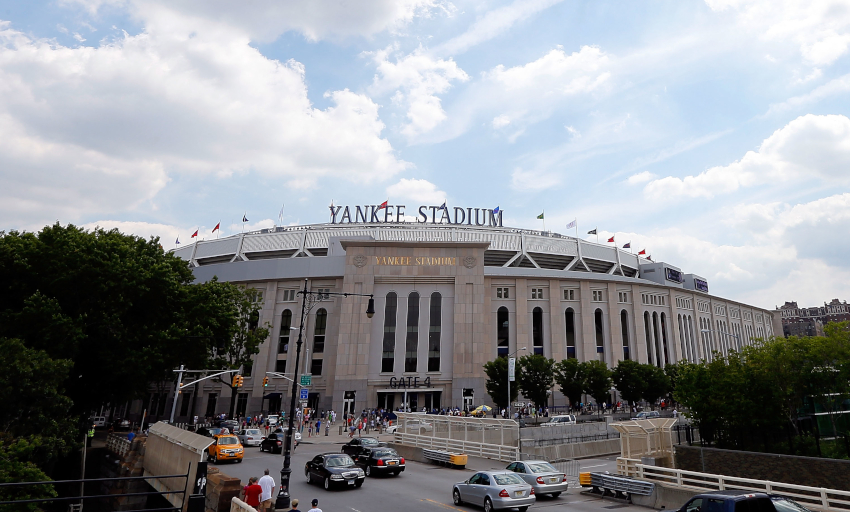