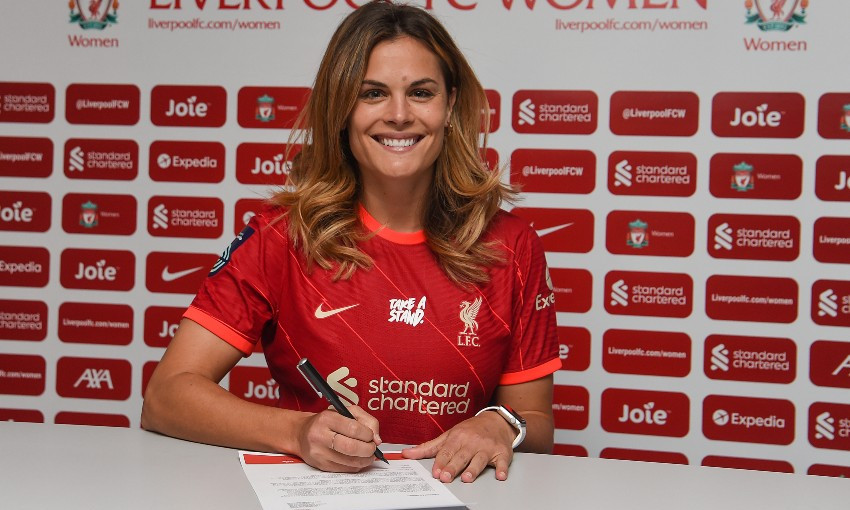 The 29-year-old joins the Reds after most recently playing with Valerenga, where she won the Norwegian Women’s Cup in October.

Florida-born Stengel has played most of her football in the United States' National Women’s Soccer League (NWSL) and Australia.

She originally emerged from the American college scene, shining as she became the all-time leading goalscorer at Wake Forest and earning All-American honours three times.

Stengel skipped the NWSL draft and headed abroad to join Bayern Munich in the Frauen-Bundesliga, top scoring in their title-winning season in 2015.

Returning to the US, she settled with Washington Spirit, before later moving on to Boston Breakers - where she played under LFC Women boss Matt Beard in 2017 - and later Utah Royals.

After leaving the Royals in 2020, she briefly joined Houston Dash before heading to Norway.

Internationally, she represented the USA at U20 and U23 level, winning the FIFA U20 World Cup.

Beard told Liverpoolfc.com: “Katie is different to the front players we’ve got at the club and brings a wealth of experience, having played at Bayern Munich and some of the top clubs in America.

“She’s an athletic forward who’s good in tight spaces. We only worked together briefly but she’s a good finisher and it’s important we have options in those positions where we’ve had some injuries and keep up competition for places.

“She’s an intelligent football player who will be a real help to the team in the second half of the season.”

The new No.24 joins the club subject to international clearance and could make her debut in Sunday’s FA Women’s Championship fixture away at Blackburn Rovers Ladies.

Stengel said: “It’s amazing to be here, everyone has been so welcoming and I can’t wait to get started.

“I always wanted to play in this league and when I got in contact with Matt it was just fate, I guess, and maybe a little bit of luck!

“I played under Matt at Boston Breakers. He was an incredible person and a great coach and I’m lucky to be playing for him again.”

In terms of her playing style, Stengel added: “I’m a No.9, very competitive, love to get the ball as much as possible and hopefully score goals!