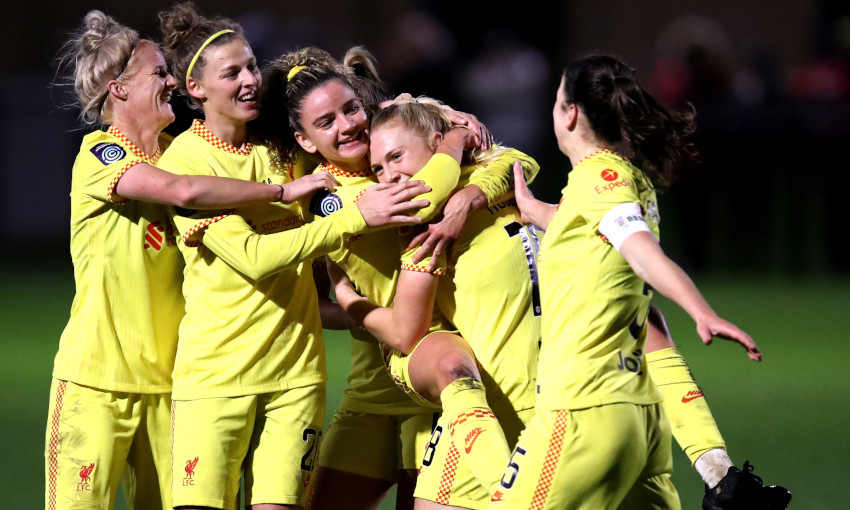 Liverpool FC Women came from a goal down to beat Sunderland AFC Ladies 3-1 on Saturday night and move four points clear in the FA Women’s Championship.

Emily Scarr had put the home team ahead but Matt Beard’s Reds stormed back to establish a lead of their own before the interval, with Yana Daniels and Leanne Kiernan the goalscorers.

Melissa Lawley added to the advantage with a fantastic strike from distance on 61 minutes, which sealed a result that opens up a gap for LFC Women at the top of the table.

But it was Sunderland who edged in front on 18 minutes. A loose ball landed for Scarr inside the Liverpool penalty area and she pounced with a smart finish past Rachael Laws.

The visitors immediately laid siege to the opposition goal and after Kiernan was denied at close range, they were thwarted by the woodwork twice in quick succession.

First, Sunderland goalkeeper Allison Cowling pushed Lawley’s volley onto the crossbar, then from the resulting corner-kick Niamh Fahey crashed a header against the same frame of the goal.

The Reds’ pressure continued to grow and their efforts were rewarded with an equaliser in the 36th minute. 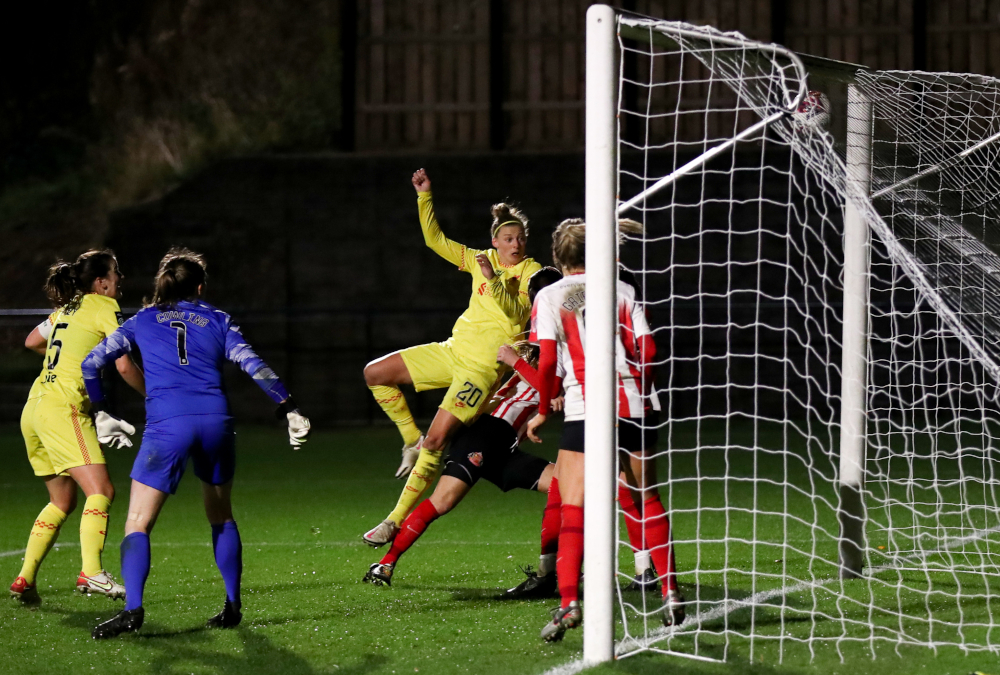 Lawley’s delivery from a corner was diverted along its path into the area and Daniels met the flick-on with a header from yards out that Cowling could not stop this time.

Liverpool hit the crossbar for a third time in the opening 45 minutes from Holland’s well-struck effort, but they would still go into the break with a lead.

The prolific Kiernan clinched it in added time, breaking through to collect Furness’ forward pass and showing trademark composure to beat Cowling – her eighth goal of 2021-22 so far.

Beard’s team remained in the ascendancy at the outset of the second half and Jasmine Matthews nearly added a third when another chance was created from a set-piece but her header was stopped on the line.

A cushion on the scoresheet instead arrived just after the hour mark, and in memorable fashion. Lawley tried her luck with a swerving attempt from distance that looped over Cowling and found the top corner. 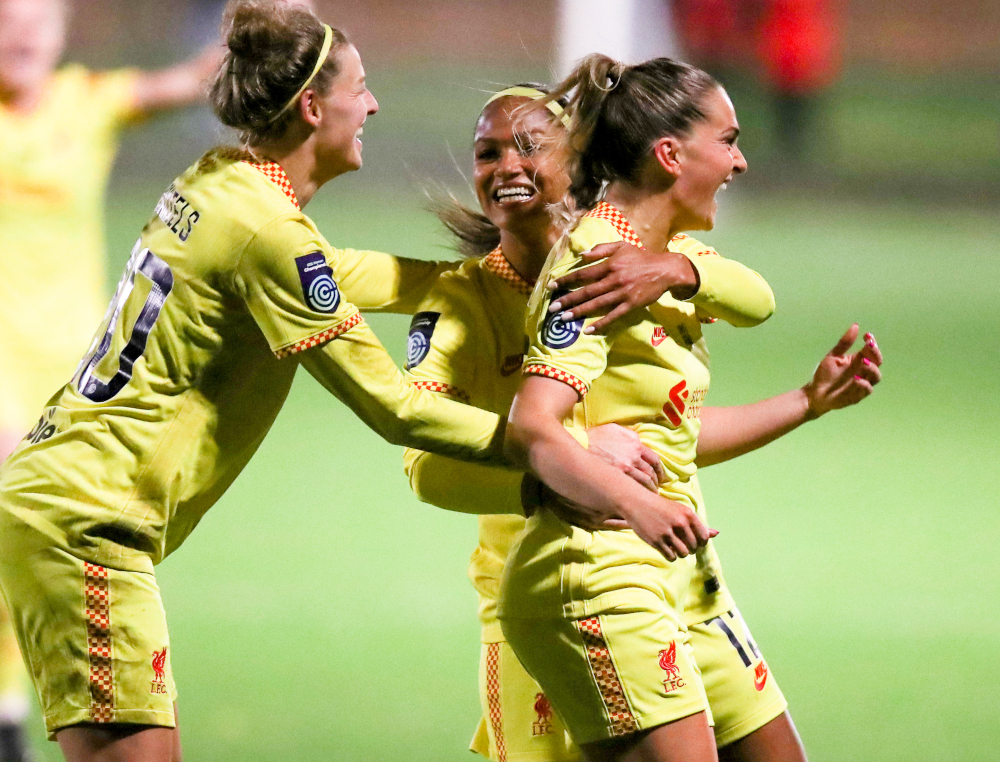 The Reds No.11 almost grabbed her second of the night with a similarly ambitious and accurate strike from outside the box, only for Cowling to claw this one out.

But three goals were sufficient for LFC Women to maintain their unbeaten run in all competitions, which now stands at 12 matches, and open up a gap at the top of the Championship ahead of Sunday’s fixtures.