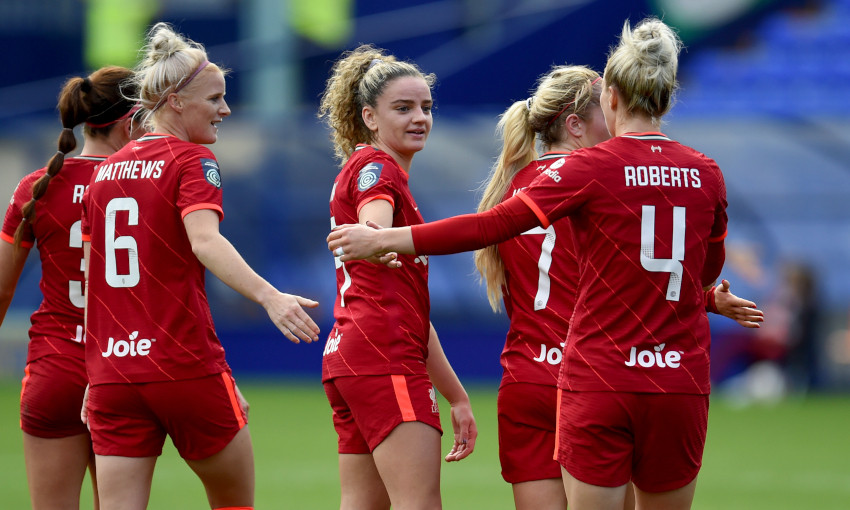 The in-form Kiernan continued her excellent streak in front of goal with a pair of first-half strikes that proved enough for three points in a contest at Prenton Park that saw ample chances for both teams throughout.

The result means Matt Beard’s Reds remain in second place in the FA Women’s Championship, two points behind Durham after their win against London City Lionesses.

Back in action after two-and-a-half weeks without a match, Liverpool grew into the encounter well and an early free-kick from Missy Bo Kearns deflected off the wall and just past the post.

The vocal home crowd did not have to wait long for an opener to cheer, however, as Beard’s team moved into the lead in the 17th minute.

Leighanne Robe’s raking pass across the pitch was headed on by Rhiannon Roberts and when Melissa Lawley’s cross was spilled by the goalkeeper, Kiernan was on hand to finish nicely into the empty net. 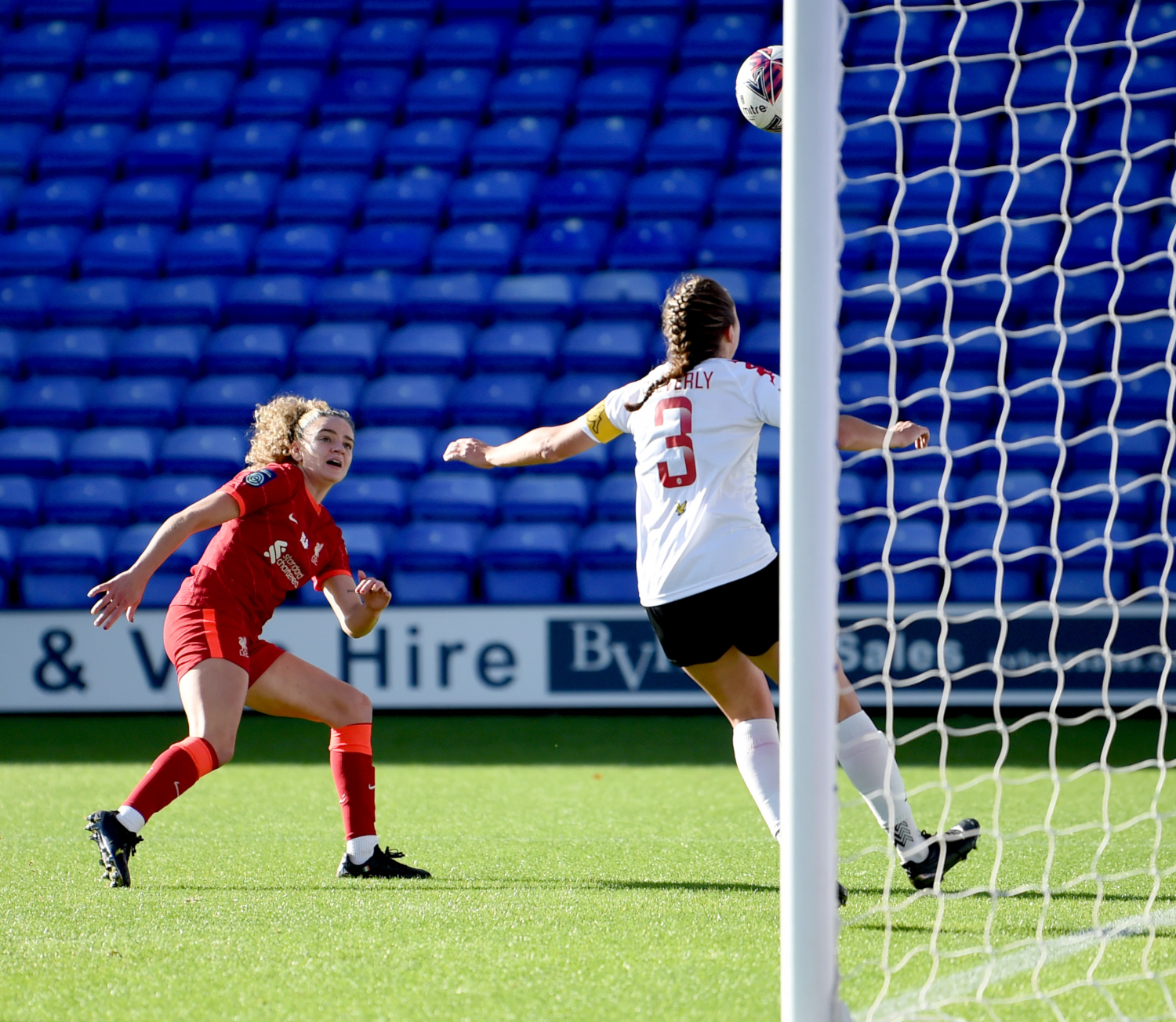 Liverpool were enjoying success down both wings and creating chances with balls into the Lewes box, including a golden one for Bo Kearns near the half-hour mark.

A delivery from the flank landed at the midfielder’s feet and she shuffled into a position to shoot but fired over the crossbar.

Back came the visitors and the Reds required an important save from Rachael Laws when Ini Umotong took the ball off Jasmine Matthews and sent in a good shot.

Within a minute, Amelia Hazard tried her luck from long distance and watched her effort smash against Laws’ crossbar, and the rebound was struck wide of the target.

Kearns again went close as the hosts responded and they doubled their advantage in the 40th minute, Kiernan providing a brilliant finish by hooking the ball over the ‘keeper on the turn after a Taylor Hinds cross was cleared to the edge of the area.

Lewes created the first chance of the second half as Izzy Dalton drove in another shot from distance, this one held well by Laws.

The end-to-end nature of the game continued and Liverpool soon opened up a three-on-one situation, Yana Daniels sliding a pass to Ceri Holland for an attempt that was saved bravely by Shanell Salgado.

Kiernan went close to a hat-trick next, Bo Kearns delivering a fantastic set-piece into the No.9’s path only for Salgado to produce another vital stop to keep her out.

Lewes refused to give it up and an excellent passage of play on 65 minutes resulted in Hazard’s backheel releasing Freda Ayisi through on goal, but her effort bounced away off the left post.

Beard freshened up his XI with a series of substitutions as time ticked away and the Reds threatened a third on several occasions in the closing stages, but Kiernan’s brace was enough to maintain LFC Women’s encouraging form.