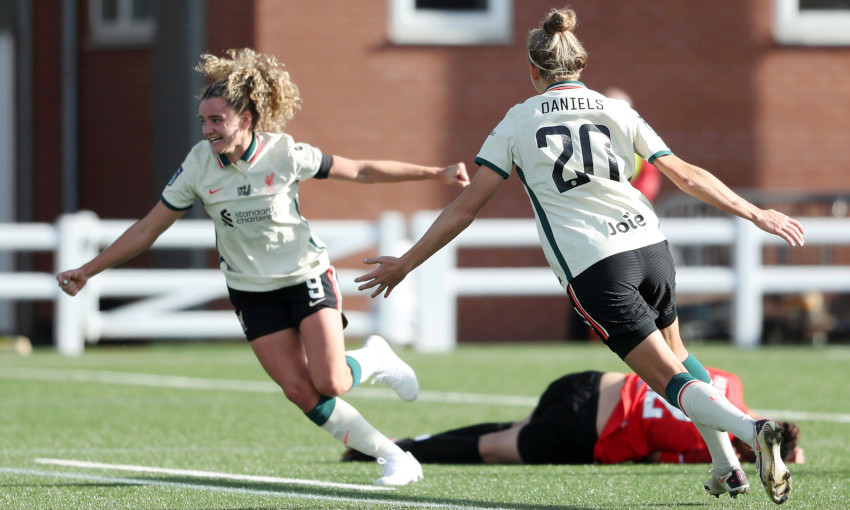 The away victory lifted the Reds up to third in the FA Women’s Championship table, just two points behind early-season leaders Durham.

After a goalless first half against Coventry, manager Beard made a tactical switch for the second period and it paid off handsomely.

Substitute Rachel Furness provided a telling cross that was met by a brilliant diving header from Kiernan to break the deadlock on 69 minutes.

Four minutes later, the No.9 latched on to a fine pass from Leighanne Robe to add her second of the afternoon.

“It was an important win for us,” Beard told Liverpoolfc.com.

“You looked at the fixtures yesterday and there were some challenging games for teams that are in and around us, and Coventry United were full of confidence after they got their first point against London City Lionesses in their last game.

“Conditions were tough but especially the second half, I thought we were excellent once we sorted out one or two things and our substitutes had a big impact on the game as well, so we were really pleased.”

She's on FIRE! 🔥 @kiernan_leanne scores her second goal in the space of four minutes for @LiverpoolFCW! 👏 https://t.co/r0bf8u3YEA

Kiernan’s first goals for the Reds were the product of extra work on the training ground, revealed Beard.

“Leanne has worked incredibly hard and I was delighted for her to get her first goals for the club,” said the LFC Women boss. “Hopefully that will be the first of many for us.

“She worked on her finishing last week and I thought her touch to set herself up for the second goal was world-class. You could see the smile on her face after the game and what it meant to her.

“Leanne is quick, she has a good football brain and she is a very good finisher. She has had bad luck in the last year-and-a-half with injuries but I know what she can do because I’ve seen it at first hand at West Ham and now at Liverpool.

“She can flourish now. She is a great character, I’m glad she’s got her first goal for the club and now she can just concentrate on just doing what she does best.” 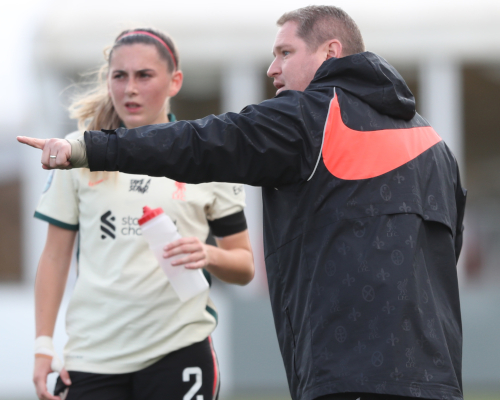 Attention now turns to Saturday’s trip to Sheffield United for a game that will be staged at Bramall Lane.

The Reds are level on points with Neil Redfearn’s team, who sit second in the Championship with a better goal difference.

Kick-off is set for 3pm BST and Beard knows his side will have to be at their best to gain more points.

“It’s going to be another tough game and I’ve watched a bit of them already and they are organised, direct and tough to beat," he added.

“They have got three clean sheets on the spin now so I think that tells you everything that you need to know, but we are going to go there full of confidence because we are on a good run ourselves.

“I think we are getting better with every game that we are playing and it’s going to be an exciting game.

“We know what a tough afternoon it’s going to be but we are looking forward to it.”