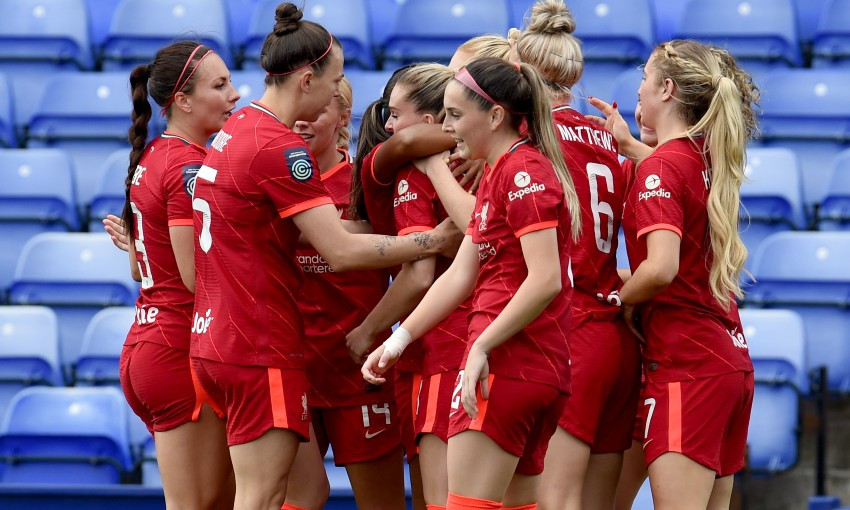 Taylor Hinds set the Reds on their way to victory with an excellent finish with barely one minute played of Sunday’s FA Women’s Championship contest.

And Liverpool then dug in to resist more sustained Palace pressure in the second half to claim all three points to the delight of the home fans at Prenton Park. 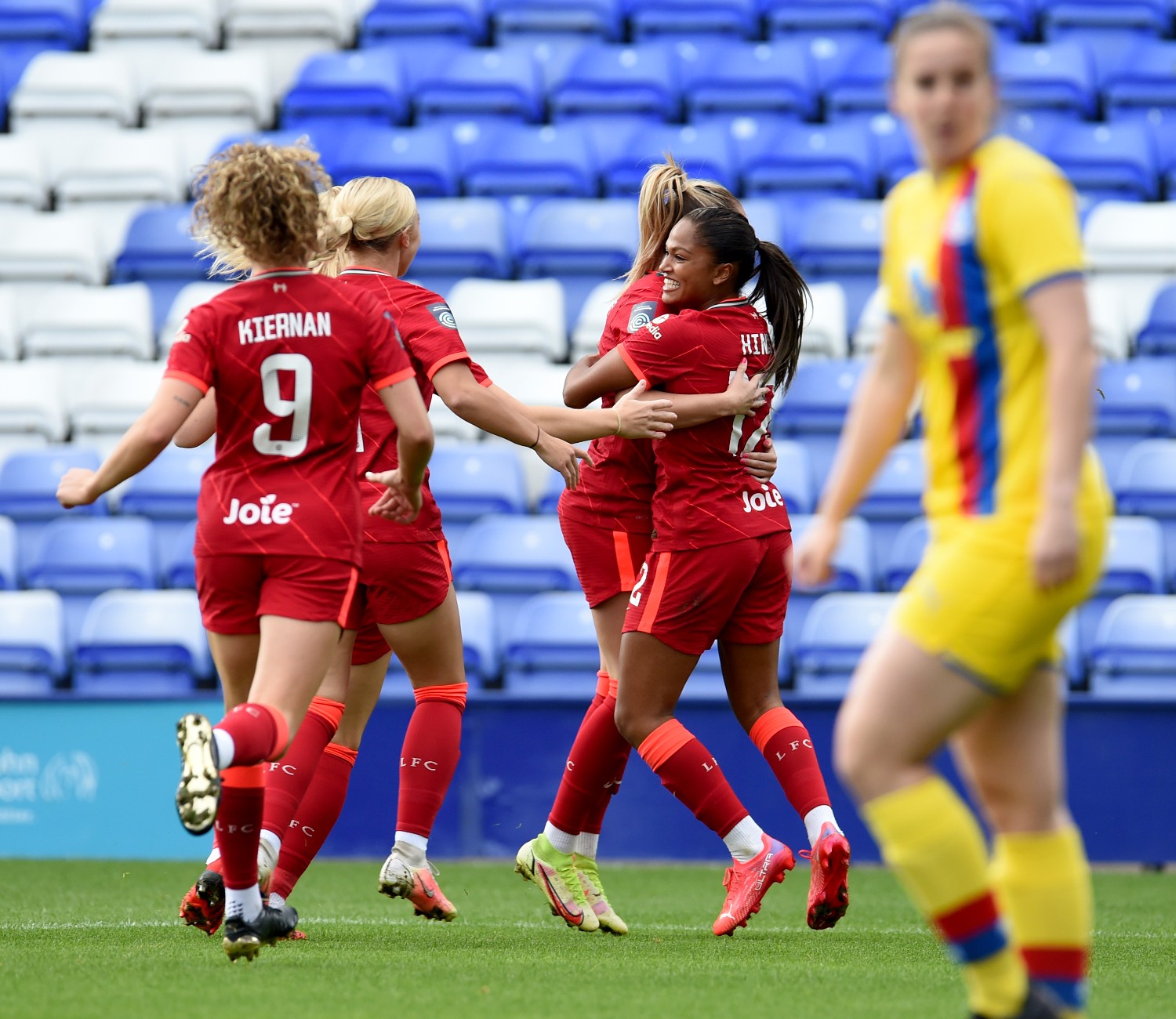 In the absence of suspended captain Niamh Fahey, Beard switched to a three-at-the-back system with skipper Jasmine Matthews joined in defence by Meikayla Moore and Leighanne Robe.

And Hinds, playing at left wing-back, handed Liverpool an ideal start by netting her first goal for the club with only 75 seconds gone.

Direct dribbling from Melissa Lawley opened up the opportunity for Hinds to get forward and she collected the No.11’s weighted pass before firing across Emily Ormon and into the far bottom corner.

The Reds continued dominating the early stages and Missy Bo Kearns and Ceri Holland both tried their luck from distance prior to Leanne Kiernan hitting the crossbar from Lawley’s cut-back.

Rachael Laws - restored in goal as one of three changes made by Beard - made a fine double save to thwart Millie Farrow and Molly-Mae Sharpe as Palace sought to capitalise on a loose back-pass, though there was little she could do when Wilson equalised fortuitously.

The visitors were on level terms for just four minutes, however, as Hodson - starting in place of the injured Rianna Dean - found some space in the area and drilled past Ormon to restore Liverpool’s lead before the break. 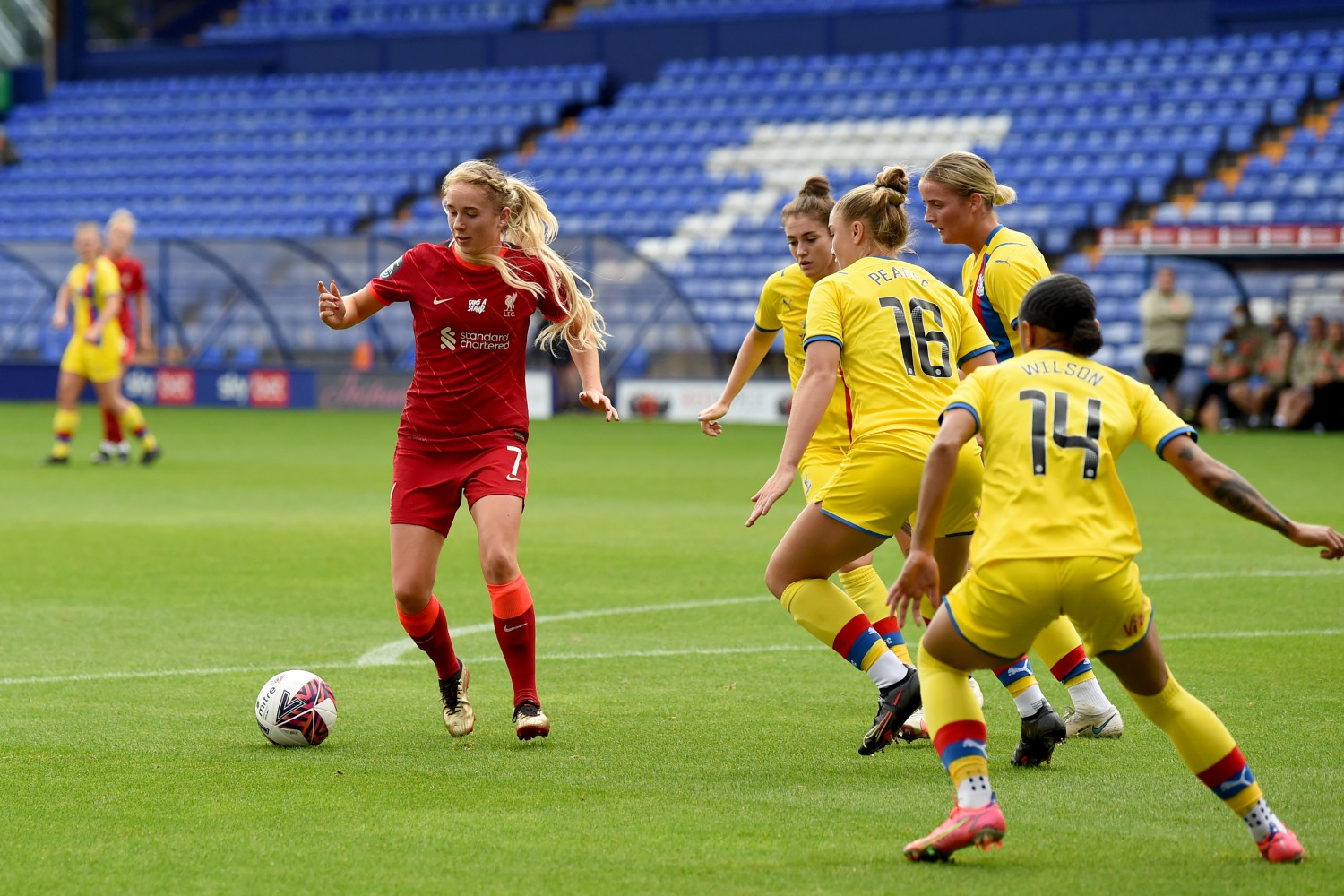 Palace began the second half on the front foot but while their intensity was lacking by comparison to the first 45, the Reds defended well to prevent Laws from being called into regular action.

Carla Humphrey’s introduction midway through the half increased the hosts’ energy and they duly edged back towards the level of their performance before the interval.

Their attacking work was not as incisive, but only a last-ditch block stopped Hinds from grabbing her second of the afternoon late on.

However, the damage had been done with a superb first-half display that proved enough to secure a valuable victory for Liverpool.