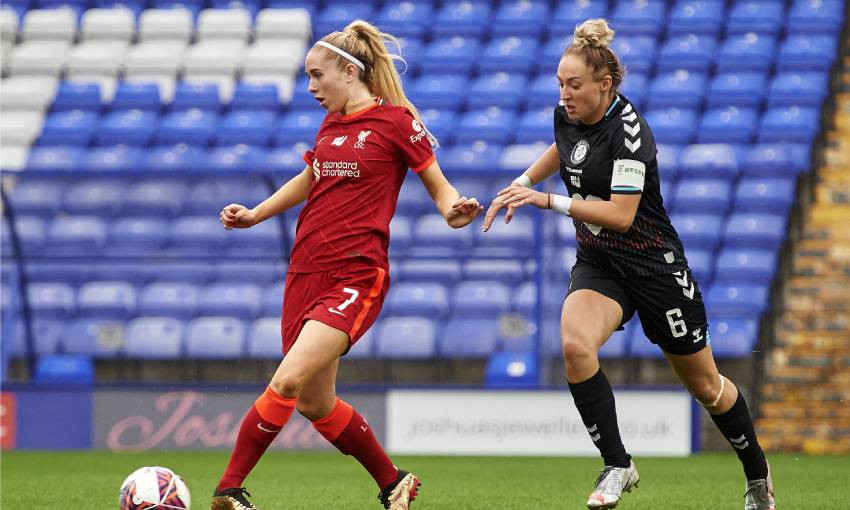 Liverpool FC Women secured their first clean sheet of the season at Prenton Park on Sunday but had to settle for a point from a 0-0 draw against a well-organised Bristol City team.

Both sides finished with 10 players after two red cards in the second period and neither could find the breakthrough to secure a win.

It was, however, still a record-breaking day as substitute Ashley Hodson made her 116th appearance for the Reds, setting a new club record.

Chances were at a premium in the first half, where neither team could really establish dominance.

The outstanding early work came from Melissa Lawley on the left, a series of skilful runs leaving defenders trailing and offering a real threat to the visitors’ defence.

A Missy Bo Kearns corner produced the first attempt on goal for LFC, with Leanne Kiernan arriving at the near post to deflect it just wide.

Rylee Foster’s first action came a short time later when Bristol captain Aimee Palmer fired in a low free-kick, but the Canadian was right behind it and gathered at the second attempt.

Ceri Holland was finding some fine passes in the middle of the park and she opened up space on both sides of the pitch.

First, she sent Lawley away but the winger’s effort on goal was blocked, before later releasing Kiernan on the right, with her powerful cross just failing to find Lawley’s head on the half-hour mark.

Five minutes later and it was Kiernan threatening the box, picking up a clever ball from midfield, but ‘keeper Fran Bentley was quickly out to smother her effort. Charlotte Wardlaw’s follow-up with Bentley stranded was also blocked.

Bristol offered threats with a couple of set-pieces – Taylor Hinds rising well to head away the most dangerous corner.

A great effort from Kearns on the stroke of half-time had Bentley worried but the dip didn’t come in time and it landed on the roof of the net. 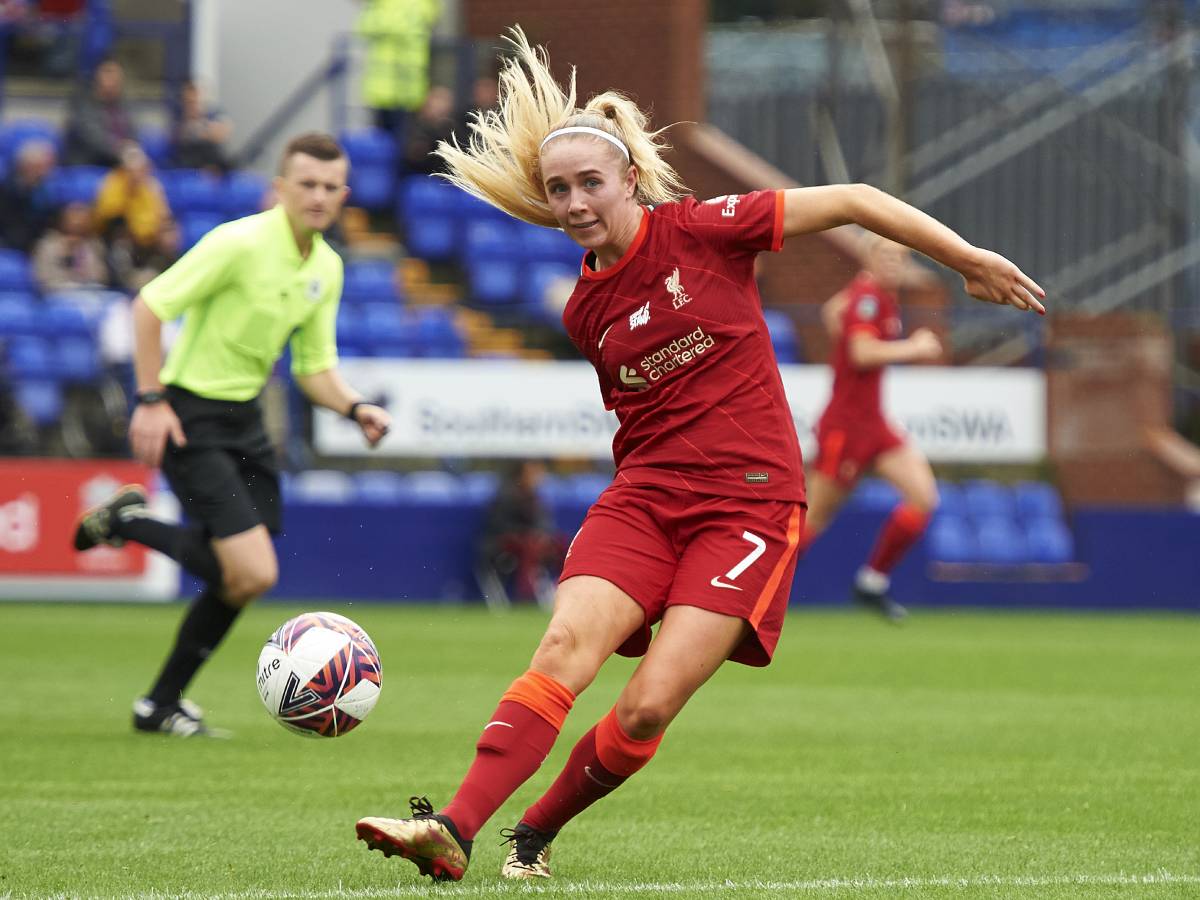 A fantastic pass from Wardlaw almost produced the breakthrough five minutes after the interval, with Kiernan’s pace taking her in on goal – but Bentley was again out to deny her.

Bristol forced a couple of dangerous corners, Foster punching well to clear the second. The Reds were also producing a set-piece threat and when Kearns’ corner was cleared to the edge of the box, it found Holland in space but her shot was wide of the post.

LFCTV GO: Watch the best of the Bristol City action

A record-breaking moment arrived with 25 minutes left when Hodson came on to replace Rianna Dean, becoming the all-time appearance record holder for LFC Women with 116 outings – one more than her former captain Gemma Bonner.

There was almost a dream moment for Hodson as she rushed onto a through ball, only for Bentley to yet again deny the home side.

The Reds were forced to play the final quarter of an hour with 10 players when captain Niamh Fahey was given what appeared to be a harsh second yellow card.

That didn’t stop Matt Beard’s side from being the better team and continuing to press, but former Liverpool player Satara Murray was in outstanding form at the heart of the Bristol defence.

The visitors also lost a player as Brooke Aspin was given a second yellow in injury time for infringing at a free-kick, but both sides had to settle for a clean sheet and a point apiece.