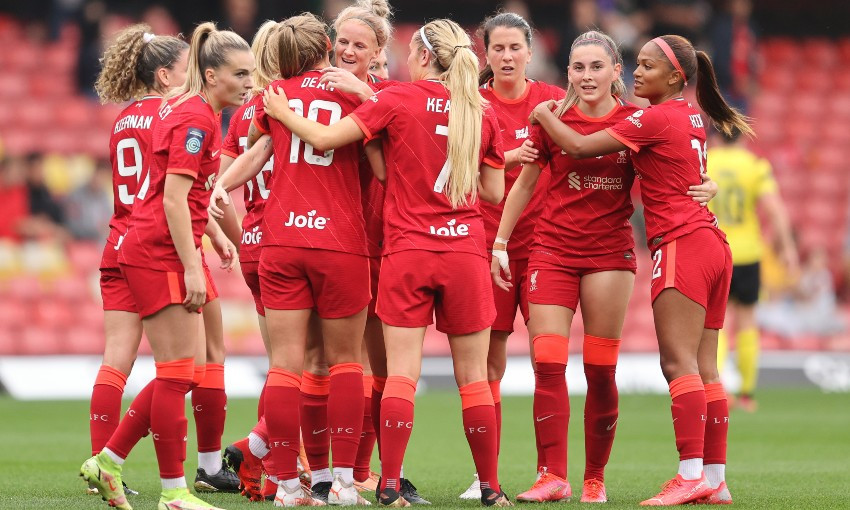 The Reds were 3-0 up at the break of Saturday’s FA Women’s Championship match as Dean’s double added to Missy Bo Kearns’ opener direct from a corner during a dominant display.

But Matt Beard’s side couldn’t pick up where they left off after half-time and Watford pulled two late goals back to set up a nervy finish.

However, the visitors saw the game out to pick up their first victory of the season following last weekend’s loss to London City Lionesses. 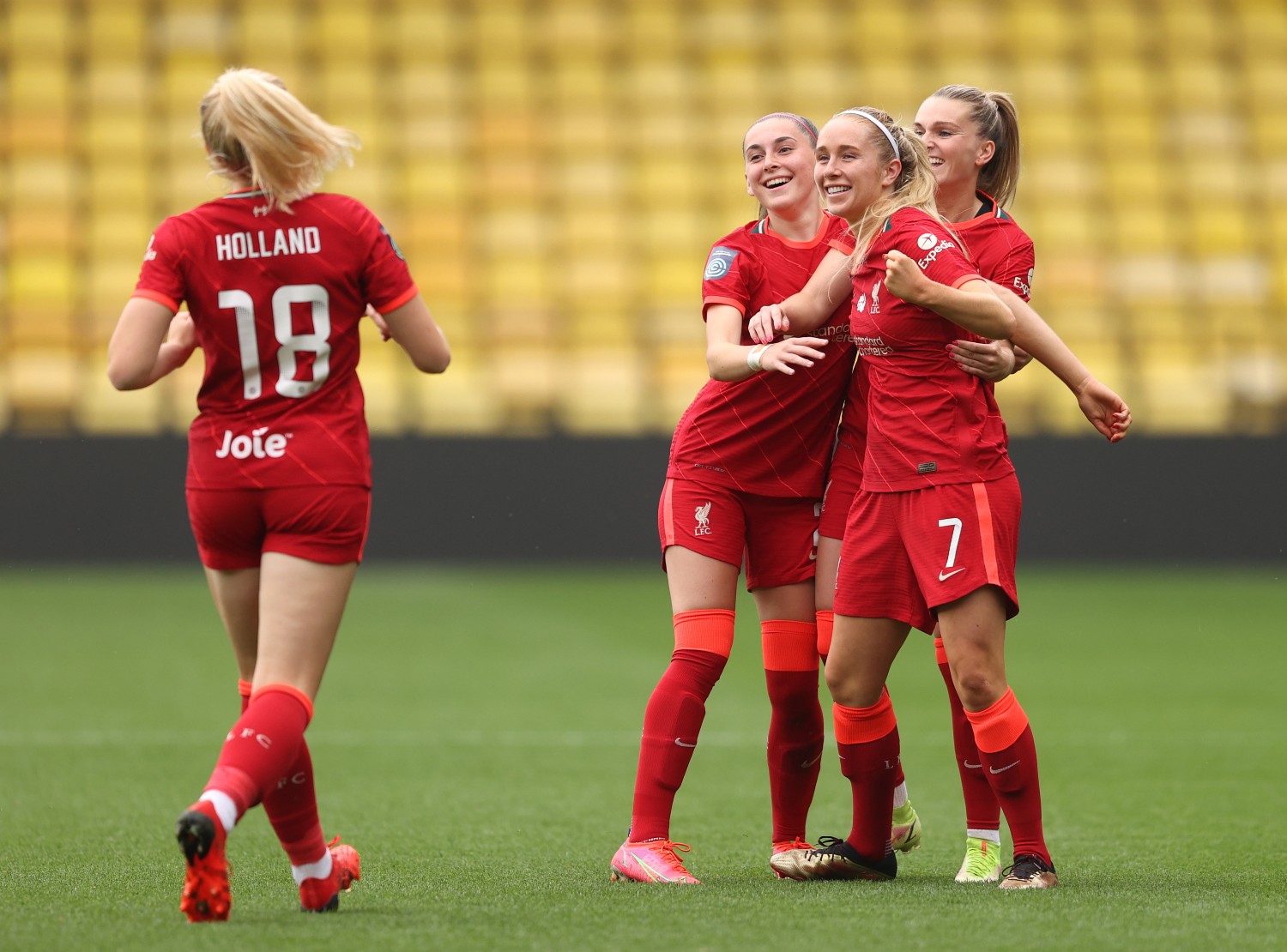 Liverpool started well and should have been ahead early on. Dean robbed a defender 30 yards out and played Ceri Holland in on goal, but Georgie Ferguson was out well to narrow the angle and Melissa Lawley’s follow-up was deflected wide.

They did go in front with 17 minutes played, though, when Kearns – whose delivery had already troubled Ferguson – curled a corner straight into the net.

Dean then saw a diving header drift wide before the summer signing got her first goal on the half-hour mark through a moment of individual brilliance, as she curled a beautiful effort into the top corner from 20 yards.

Three minutes later Lawley had the ball in the net, heading home a fine cross from Leanne Kiernan, but the assistant ruled the ball had just gone out for a goal kick.

But Dean was not to be denied as she quickly arrowed a left-footed shot into the corner following a clever pass from the lively Lawley. 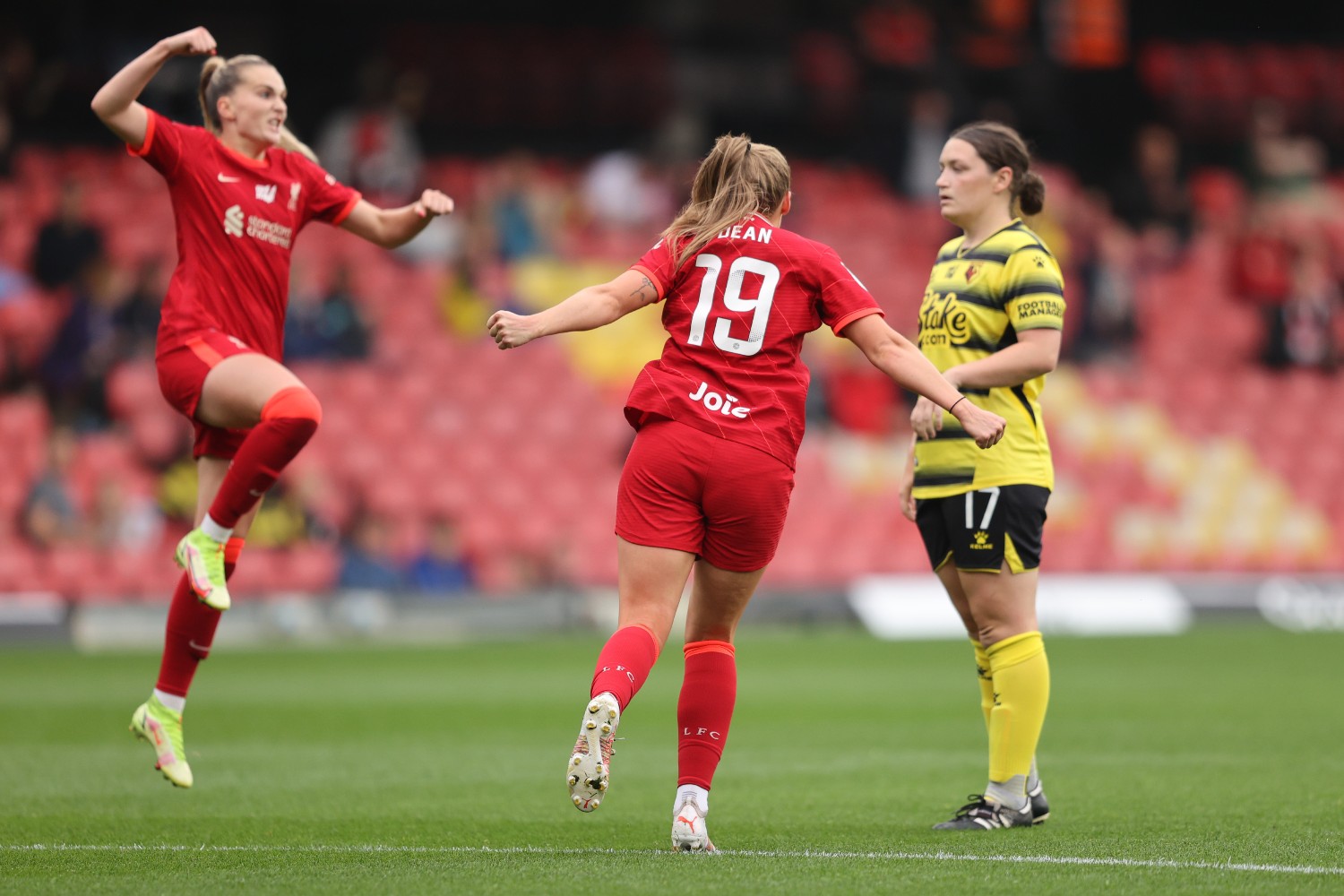 Foster was called into action for the first time in the early stages of the second period, the goalkeeper diving low to her right to deny Rosie Kmita, before Dean and Kiernan both went close at the other end.

Dean almost secured her hat-trick 15 minutes from the end, meeting Kiernan’s perfect cross with a header which drifted agonisingly wide, but Anne Meiwald then reduced Watford’s deficit from distance.

Ashley Hodson – who came off the bench to equal Gemma Bonner’s all-time appearance record of 115 for the club – met another fine Kiernan ball from the right but couldn’t find enough power to beat Ferguson and when Watford’s Helen Ward headed home a cross in injury time, it set up an uncomfortable finish.

But the Reds held firm to pick up their first points of the new campaign.