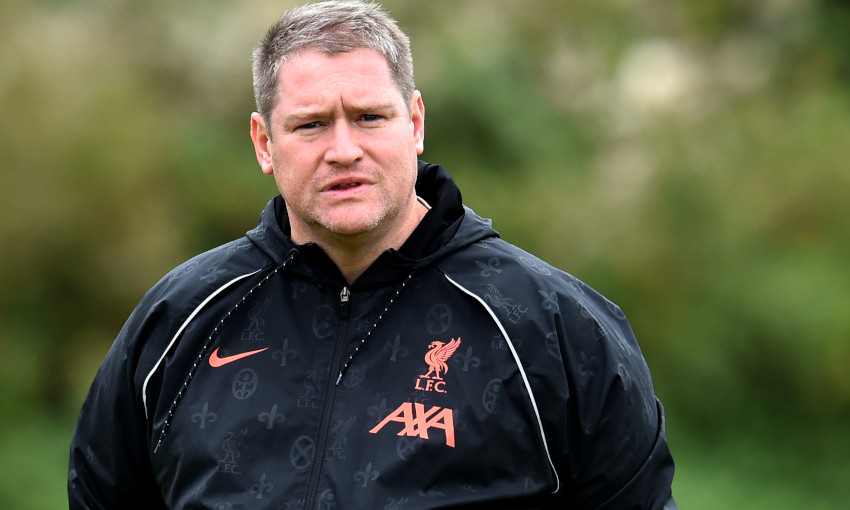 Matt Beard has reiterated his faith in his new-look Liverpool FC Women squad and firmly believes his team will bounce back strongly following their narrow loss to London City Lionesses.

The Reds visit Watford in the FA Women’s Championship on Saturday, with the game to be played at Vicarage Road.

Kick-off is set for 2pm BST and Beard has every confidence his team can rise to the occasion and enjoy the experience of performing at the Hornets' first-team stadium.

He told Liverpoolfc.com: “It was a disappointing result for us in our first game and we desperately wanted to make it a positive start with three points, but I said all along it was going to be a tough game.

“London City Lionesses are an established team and they played well in pre-season when we watched them and they made it difficult for us. We learned a lot but I did feel we deserved something out of the game, and looking back at it I felt we should have had a penalty.

“We understand that if we are going to be challenging this season there is not much more room for error over the course of the season, but looking at the other results I think it’s going to be a lot more open this year than what it has been in the past.”

Working towards Watford in GW2 💪🔴 https://t.co/b77VwqyaxF

Beard is happy with the work being done on the training ground and remains confident that it will soon come to fruition on the field.

“I’ve been pleased with the girls’ attitude and application since I’ve been back at the club,” he added.

“We’ve had a really good week on the training pitch and they have been doing what we’ve been asking them to do.

“We have challenged them and it’s not about one game, it’s about the games over the course of the season. And I’ve got every faith in this group of players that we will be up there challenging this season.”

Watford is the next test for Beard’s charges, with Saturday's opponents also starting the campaign with a narrow defeat – losing 2-1 at Durham.

Beard is hoping the chance to play at Vicarage Road can inspire his players on Saturday.

He said: “I was lucky enough to get the chance to go there last season with Bristol City in the Continental Cup final against Chelsea.

“It’s a great pitch, a fantastic facility and a great stadium, and it’s going to be a great occasion for Watford to open their Championship season there.

“There’s a few players there I know from my time in London with Millwall and Chelsea, and I have been impressed with them. Watford are dangerous on the counter-attack and have some pace in the front areas, so we’ve got to be careful.

“They have some experience with players, like Helen Ward and Emma Beckett, and there are no easy games in this division, but we are looking to get our first three points on board.

“It’s going to be a tough afternoon again but we go there with confidence and feel in a better place already after the London City Lionesses game.

“We know what we have to do and as always it’s about what we do, and hopefully it will be enough to get the three points."