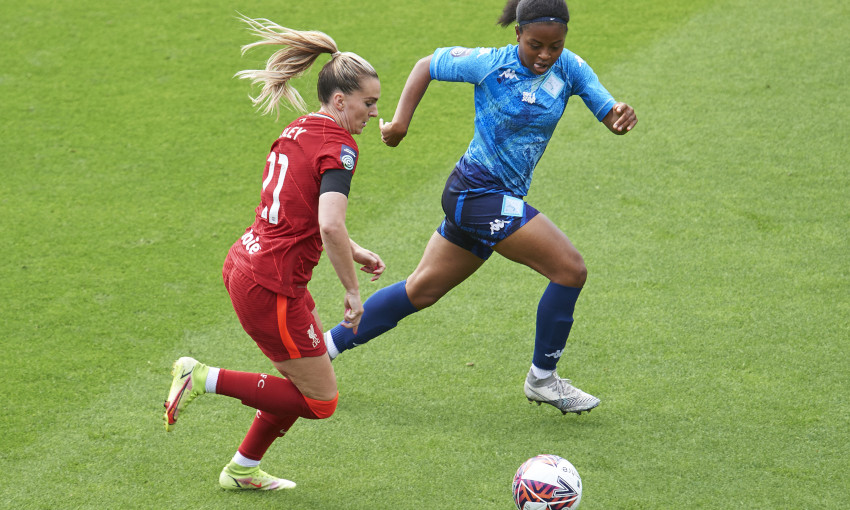 In their opening fixture of the new FA Women’s Championship campaign, the Reds were undone in the second half when Rianna Jarrett converted a penalty to give the visitors all three points.

Matt Beard’s side continued to push for an equaliser until the final whistle at Prenton Park but could find no way past resilient opposition on the day.

The Reds were strongly backed by their returning fans at Prenton Park, eager to play their part in the team’s push for promotion back to the top flight. 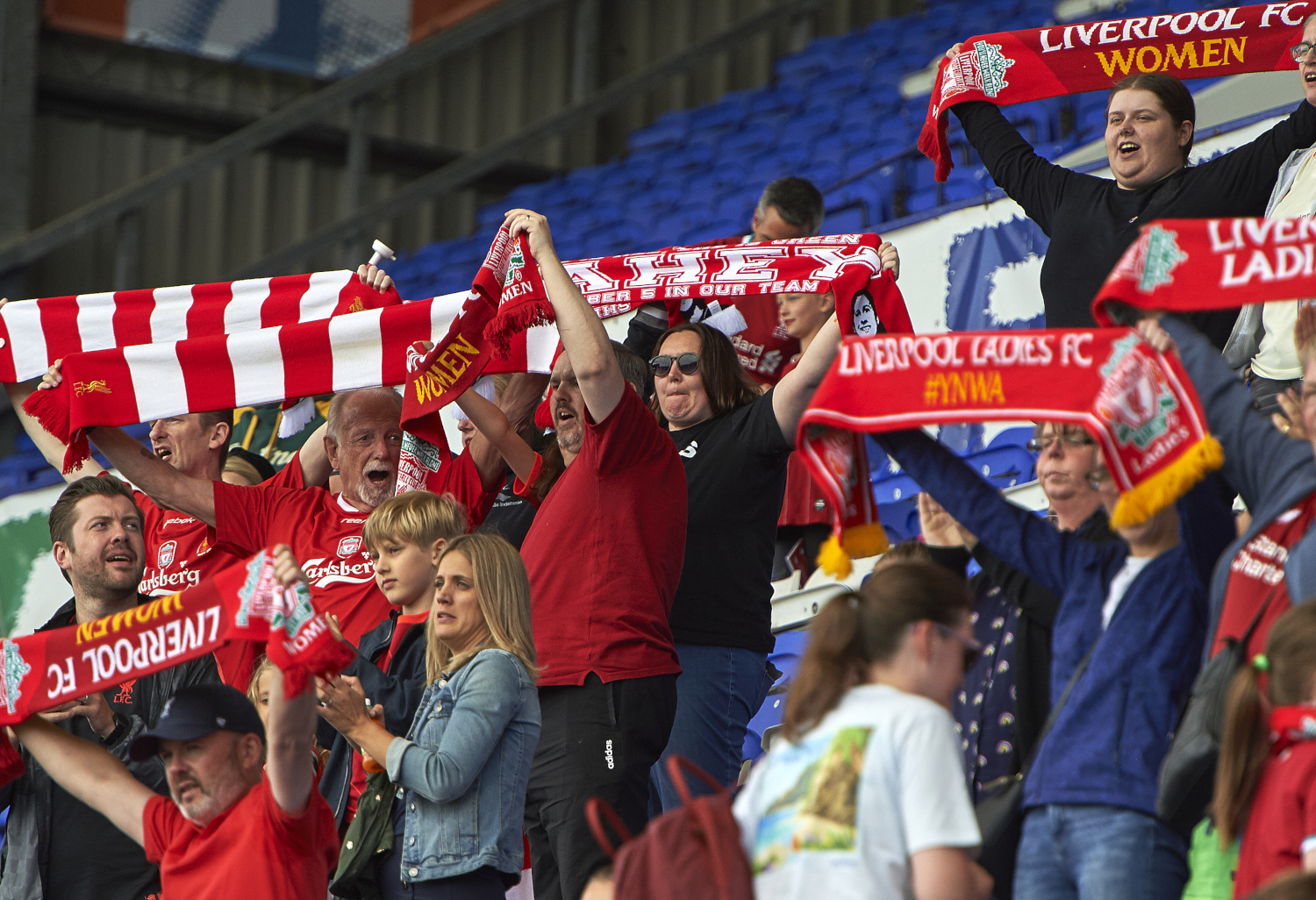 Clear-cut chances were hard to come by during the early exchanges but the hosts’ commitment to a high press was causing discomfort for the visitors.

They fashioned their first real sight of goal on 17 minutes, Rachel Furness picking out Kiernan with an angled cross into the area that the forward flicked into the hands of Lionesses goalkeeper Shae Yanez.

From there, the better opportunities were the away side’s.

Indeed, only the woodwork kept them out in the 22nd minute. Former LFC Women midfielder Amy Rodgers sent a deep corner from the left to the back stick, where Lily Agg was first to the ball but sent it against the post.

Soon after, Rodgers’ delivery – this time from a free-kick in the left channel – again led to a chance, the ball falling nicely inside the box for Jamie-Lee Napier. Her effort was scuffed wide of the left post, though.

Liverpool continued to probe for a way through London City but half-time arrived with the score still goalless. 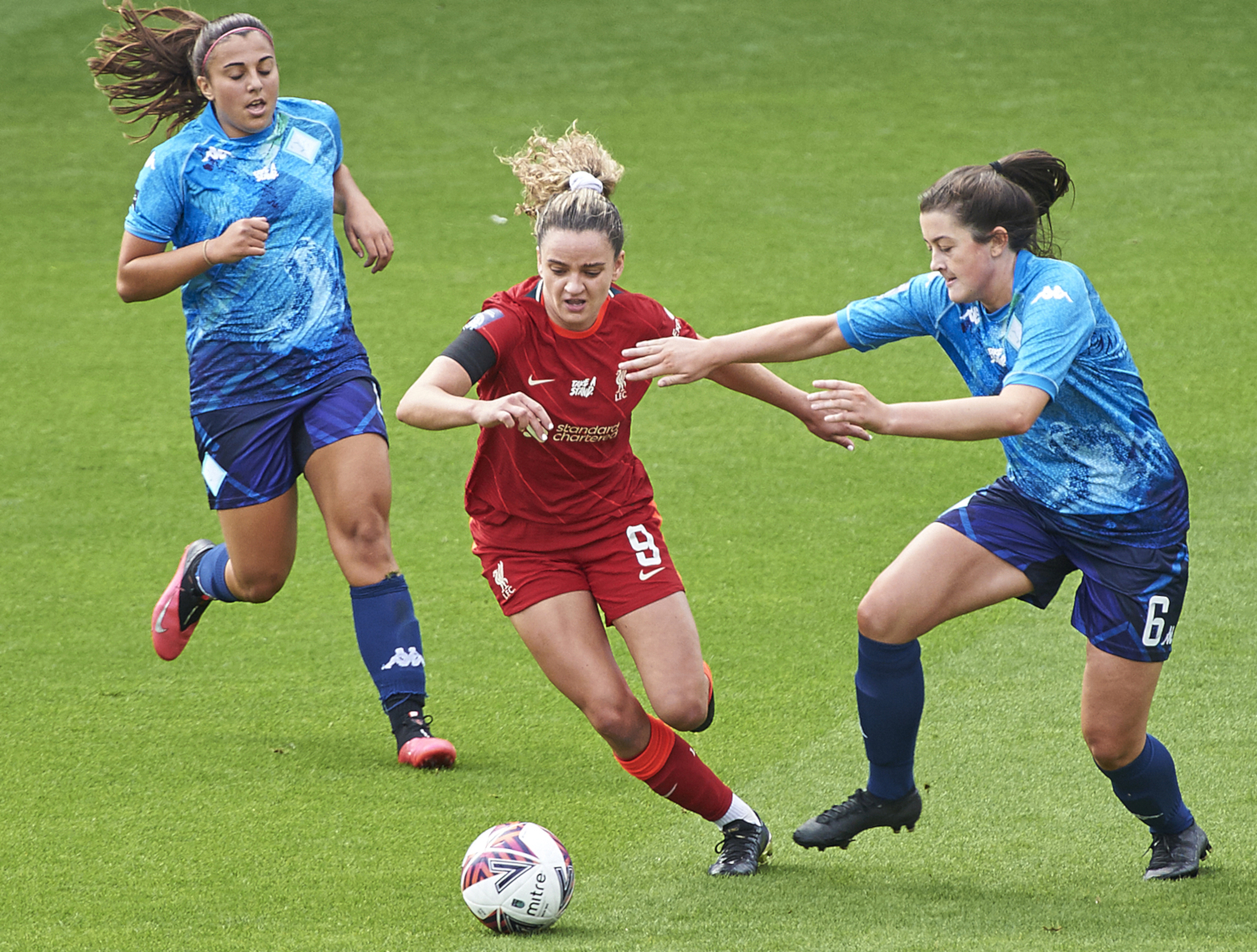 Genuine goalscoring openings remained at a premium early in the second half, until the Lionesses gained a huge chance from the penalty spot on the hour mark.

Kenni Thompson’s dart into the Reds area along the left drew a foul from Leighanne Robe and Jarrett whipped her kick from 12 yards low into the bottom left corner beyond Rachael Laws’ dive.

Beard responded by introducing two more of his summer recruits, Rianna Dean and Carla Humphrey, as well as Ashley Hodson and Rhiannon Roberts.

London City might have put the game beyond Liverpool eight minutes from time. They worked the ball to the right corner of the box, where substitute Atlanta Primus had found space, but she dragged her shot wide of the far post.

Humphrey tried her luck from long range with a strike that did not dip enough and Harley Bennett then made a vital intervention to stop a Red tucking in Roberts’ superb stoppage-time cross as the afternoon ended in defeat.