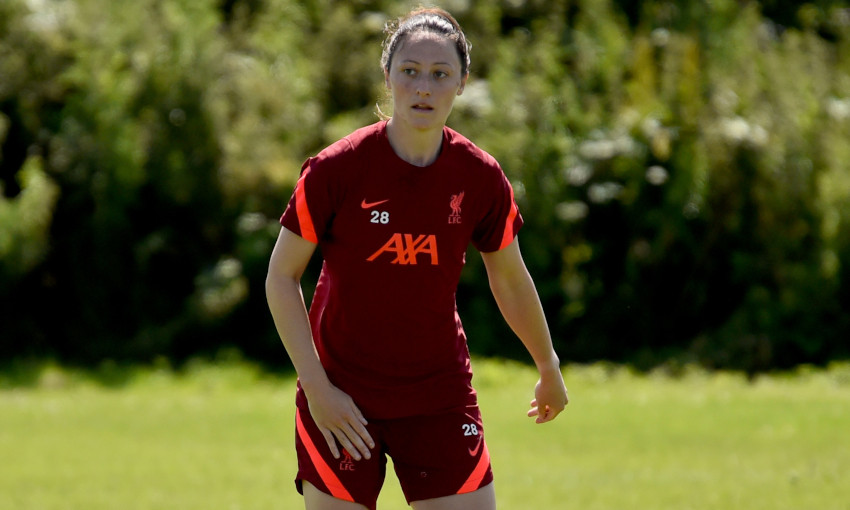 Liverpool FC Women defender Megan Campbell has undergone successful surgery on her ankle after an injury during pre-season.

The 28-year-old suffered damage to her ankle ligaments from a tackle during the friendly game against Celtic earlier this month.

She will now enter a period of rehabilitation with no timescale set for her return.

The Republic of Ireland international joined the Reds in June after five years at Manchester City and sent a message to supporters after the surgery was completed.

“I’m heartbroken that I will have to wait to pull on the Liverpool shirt for the first time in a competitive game, especially with the fans returning on Sunday,” said Campbell.

“But it is a long season and I’ll be working as hard as I can to be back with the team in what will be an important year for the club.

“My rehab started on Friday and while that continues I’ll be cheering on the team from the touchline.”

Midfielder Evie Smith, an 18-year-old Academy graduate who has stepped up to the first-team squad this season, also suffered a significant ankle injury as a result of a tackle in the Celtic fixture.

She too has now entered a period of rehabilitation.