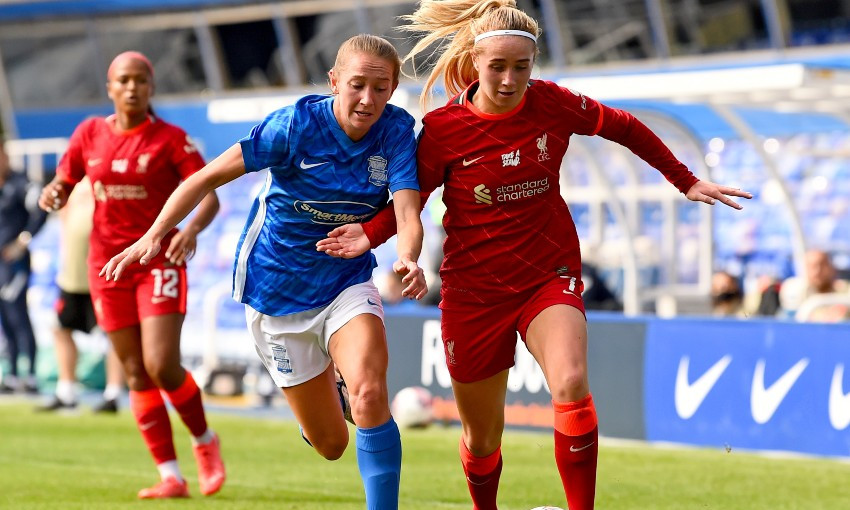 On sale now: Get your tickets for LFC Women's season-opener

Liverpool FC Women played out a fiercely competitive 0-0 draw with Birmingham City Women as they completed their pre-season campaign with a friendly at St Andrew’s.

It was another chance for Matt Beard’s side to test themselves against Women’s Super League opposition ahead of the Championship season opener against London City Lionesses at Prenton Park next Sunday.

Both teams worked tirelessly but neither could find the moment of magic to win the game, though it took one stunning save from Rachael Laws to keep the Reds’ clean sheet intact.

A tight opening half an hour saw defences on top with neither side really able to trouble the opposition goalkeeper.

Liverpool’s pressing was a prominent feature and they forced a number of corners - although from one of those, Birmingham broke through Jade Pennock. Debutant loanee Charlotte Wardlaw was back quickly to snuff out the danger for the visitors.

Fine play between Wardlaw and Ceri Holland on the right then released Melissa Lawley but her cross into the box was blocked with red shirts waiting to finish.

A good ball down the left brought Rianna Dean behind the home defence but a last-ditch tackle denied her the shooting chance and it was level at the break. 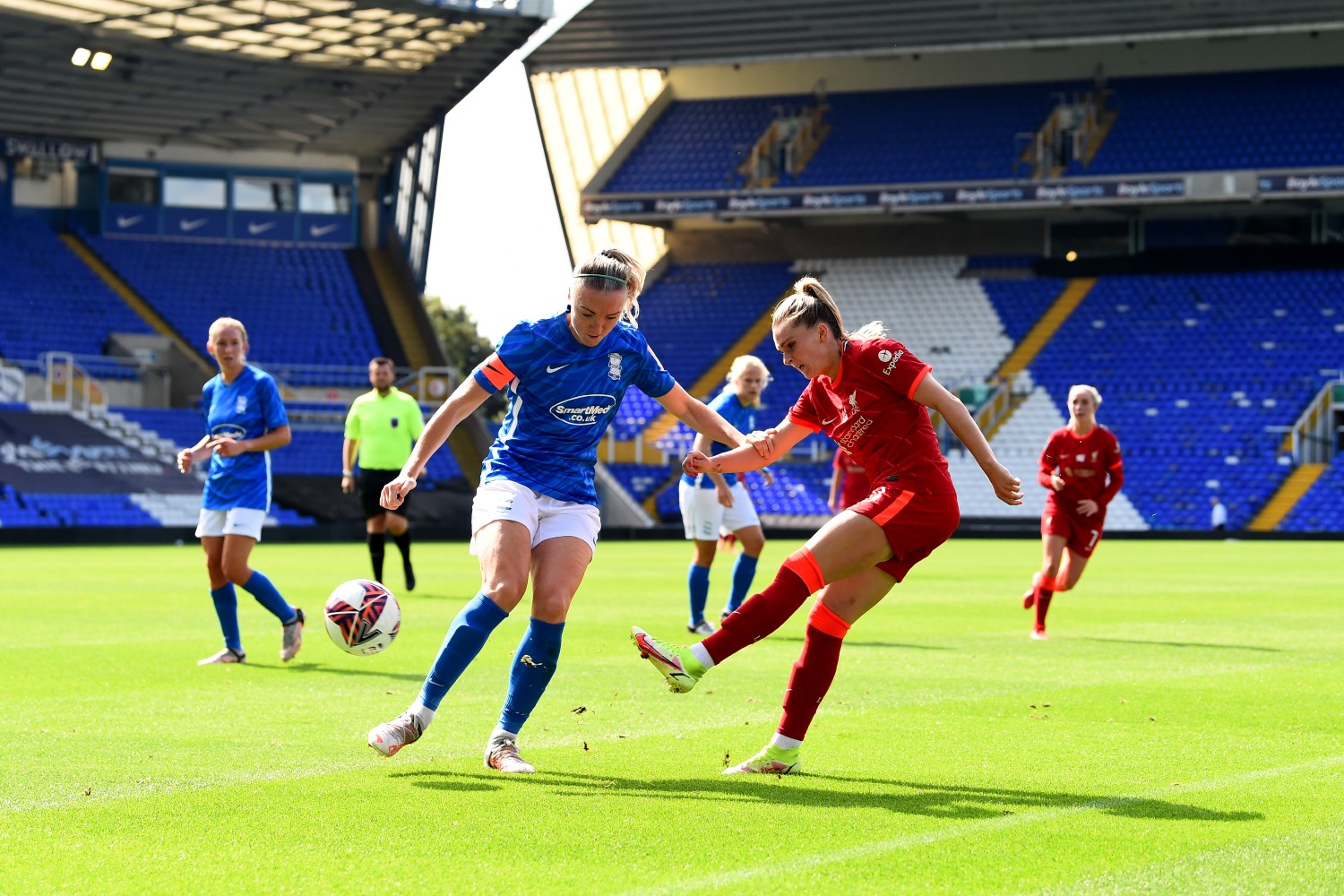 The Reds started the second period on top and engineered a couple of fine opportunities down the left but crosses from Leanne Kiernan and Lawley were unable to reach their mark.

The home side were content to play mostly on the break and from one such opportunity Laws did well to turn over a powerful drive from Sarah Ewens.

It took an outstanding save from Laws to keep things level on the hour mark. A corner from the left was met with a powerful header from Louise Quinn which the ‘keeper somehow tipped on to the bar and away before a follow-up was blasted over.

Laws was then needed to turn away a couple of Birmingham efforts from narrow angles.

Carla Humphrey and Rachel Furness arrived from the bench for the Reds and a dangerous corner from Humphrey almost found its way straight in, but Emily Ramsey managed to claw it away.

A fine team move involving Humphrey and Furness released Lawley, who had switched to the left, but her cross could only find the arms of Ramsey and the game ended goalless.

Tickets for LFC Women’s season opener next weekend must be purchased in advance and are on sale now at www.liverpoolfc.com/women-tickets.