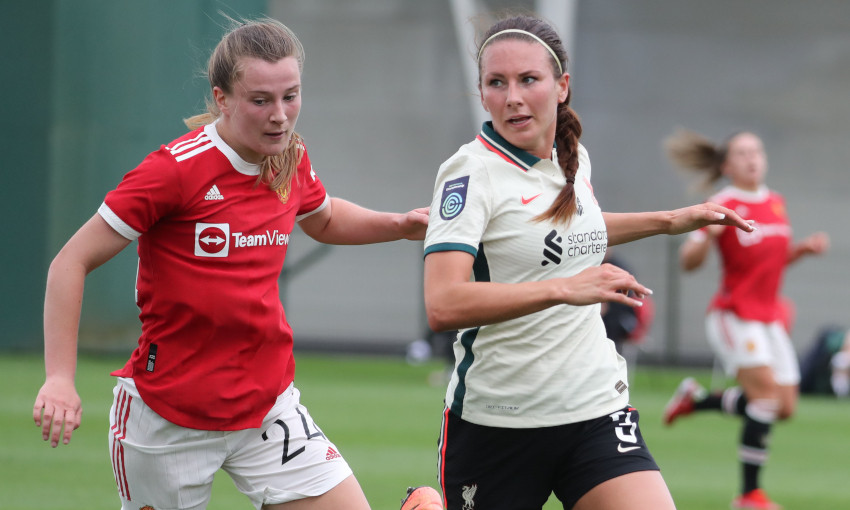 Liverpool FC Women played out a competitive 2-2 draw with Manchester United Women at Carrington on Sunday.

Leanne Kiernan scored her second goal of pre-season while fellow new signing Carla Humphrey fired home a late equaliser as the Reds continued their build-up to the new campaign.

Another huge positive for Liverpool was the return of vice-captain Rachel Furness as a second-half substitute, her first competitive action since suffering a broken leg in the spring.

It was Kiernan who forced the first save of the game, her low drive well turned away by Mary Earps in the United goal after 10 minutes.

A superb Rhiannon Roberts tackle was needed to stop Kirsty Hanson getting in behind shortly afterwards while a Leighanne Robe block was needed to clear the danger from a United corner.

Maria Thorisdottir headed over from another corner on 20 minutes for the hosts but it was the Reds who took the lead two minutes later.

Ceri Holland won the ball well high in the United half and played in Kiernan, who beat Earps with a low right-foot shot.

Goalkeeper Rylee Foster kept the visitors’ lead intact with a solid save to deny Hanson after a fine ball from Lucy Staniforth, but two goals in two minutes gave United the advantage on the half-hour mark.

First Hanson pulled a cross back for Leah Dalton to find the net with a low finish before Staniforth produced another good pull back for Hanson to give the home side the lead with a similar finish.

A brilliant run from Melissa Lawley almost produced an equaliser for the Reds on the stroke of half-time. The winger burst away from three defenders down the right and crossed dangerously into the box but Kiernan just couldn’t get enough contact to turn it home. 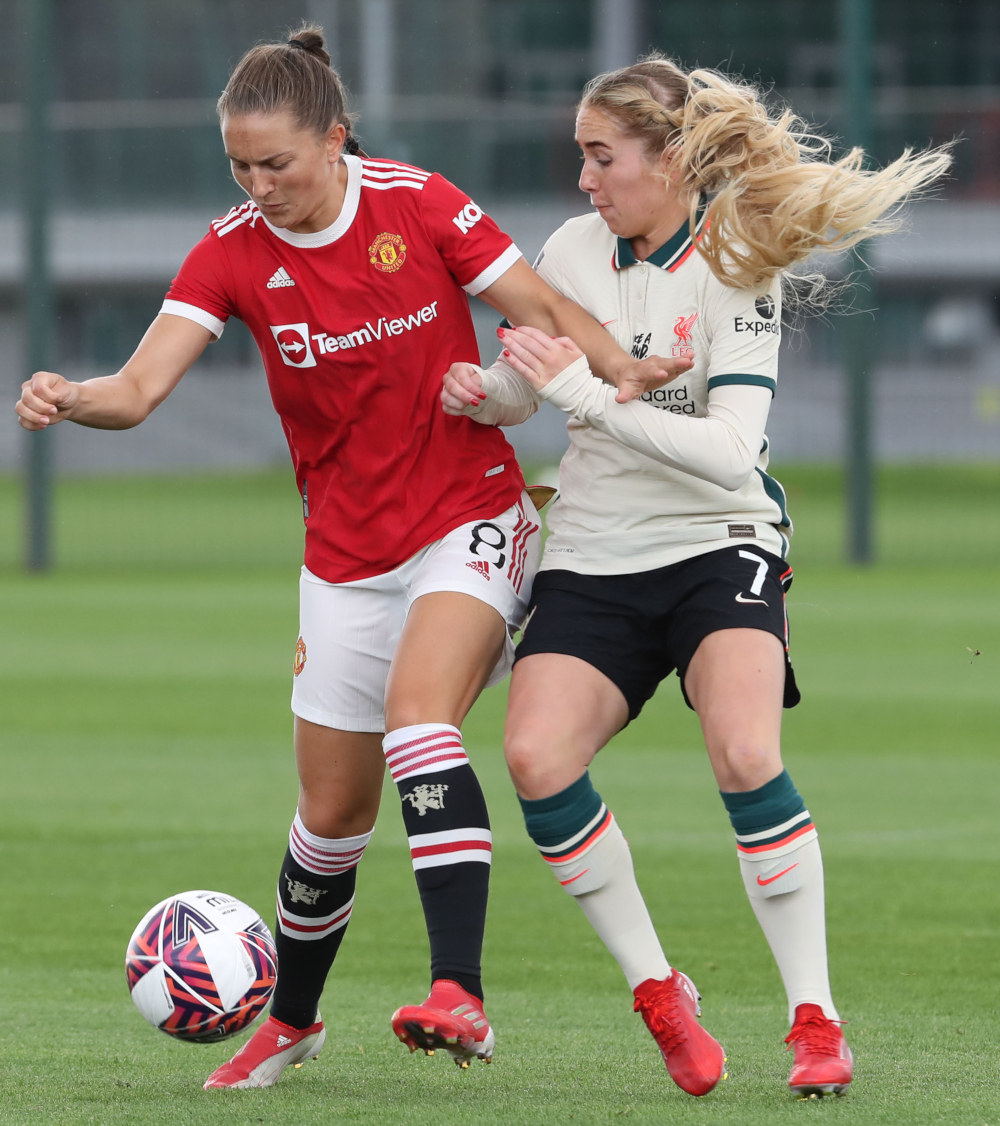 The second half started in tight fashion with neither side able to produce clear-cut chances.

A good break from a United corner almost saw Missy Bo Kearns play in Kiernan over the top but substitute ‘keeper Sophie Baggaley raced from her line to clear.

Rachael Laws, Niamh Fahey, Furness and Yana Daniels all arrived as substitutes for the Reds on 60 minutes with Megan Campbell, Ashley Hodson and Humphrey joining a short time later.

New signing Campbell’s long throw almost made an instant impact with her delivery to the box falling to Rianna Dean, who just couldn’t get enough power on her shot.

Hodson’s fine cross found Daniels at the far side of the box but again she couldn’t beat Baggaley with her shot.

But a deserved equaliser did arrive with seven minutes left. A fine team move down the right ended with Humphrey arriving into the box late and firing high into the net.