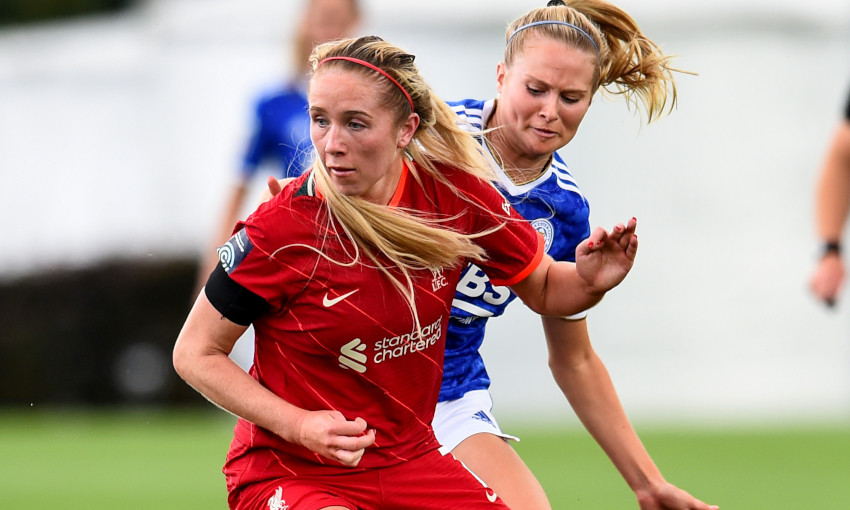 Liverpool FC Women continued their pre-season preparations with a trip to Leicester City Women on Sunday.

It was the first competitive action for the squad since the final game of last season as they looked to begin their match build-up towards the league season in four weeks’ time.

New signings Jas Matthews, Carla Humphrey, Yana Daniels, Rianna Dean and Leanne Kiernan were all able to get their first minutes in a red shirt. 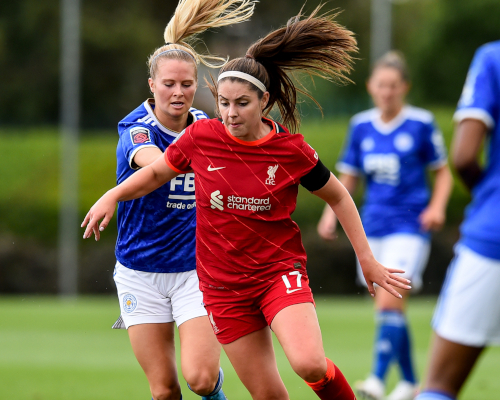 Striker Kiernan marked the occasion with a goal while new Leicester striker Jess Sigsworth was a regular threat at the other end.

The Liverpool FC Women players wore black armbands as a mark of respect for Andrew Devine, a lifelong Liverpool supporter, who passed away at the age of 55 earlier last week.

Pre-season preparations will continue for the Reds next Sunday with a trip to face Manchester United Women.

Season tickets for LFC Women are on sale now – get yours by clicking here.