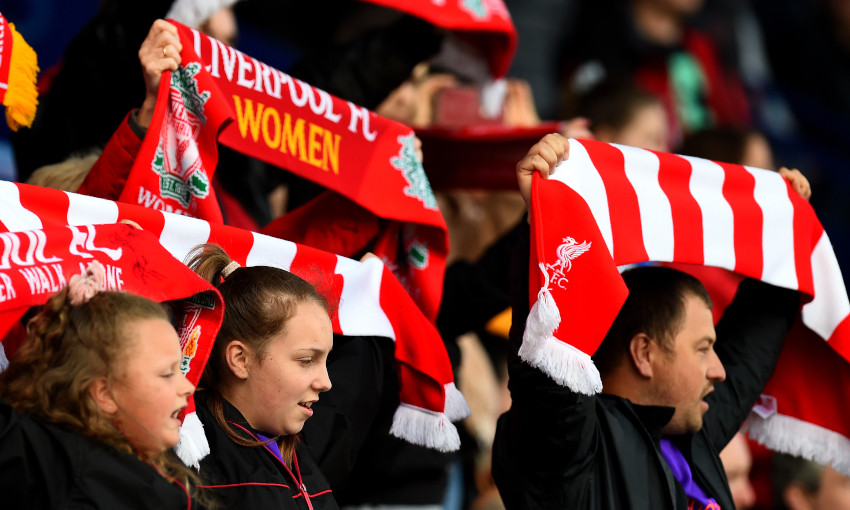 Liverpool FC Women season tickets for 2021-22 are now on sale – and the team can't wait to welcome supporters back to their games.

A hugely exciting season is in prospect at Prenton Park as Matt Beard and his side get ready to battle for glory in the FA Women’s Championship.

Double league-winning manager Beard has returned to the club and, alongside a raft of new signings, is targeting a campaign fighting to win promotion back to the Women’s Super League.

The action gets under way at Prenton Park on Sunday August 29 against London City Lionesses – and getting a guaranteed seat for a season of top-class football has never been better value.

An LFC Women adult season ticket has been CUT in price to just £60 (saving £10) for every home match in the season, including all Championship fixtures, all Continental Cup games and all Women’s FA Cup ties.

The cost of a child ticket for under 16s has been FROZEN at just £35, while an adult and child combined ticket represents even better value at just £75 – saving £20.

Make it a full family occasion with a family season ticket for two adults and two kids representing the best value of all at £140, a massive saving of £50 from the individual ticket costs.

“This is going to be the most competitive Championship we’ve ever seen and we’re going to need our fans to play a huge role this season,” said LFC Women manager Beard.

“I know what an impact they can have from my first spell at the club, so it would be brilliant to see as many faces as possible coming down to all our home games at Prenton Park.

“That backing from the stands is going to be vital.”

Make you and your family a part of what could be a special year and give the Reds your backing!