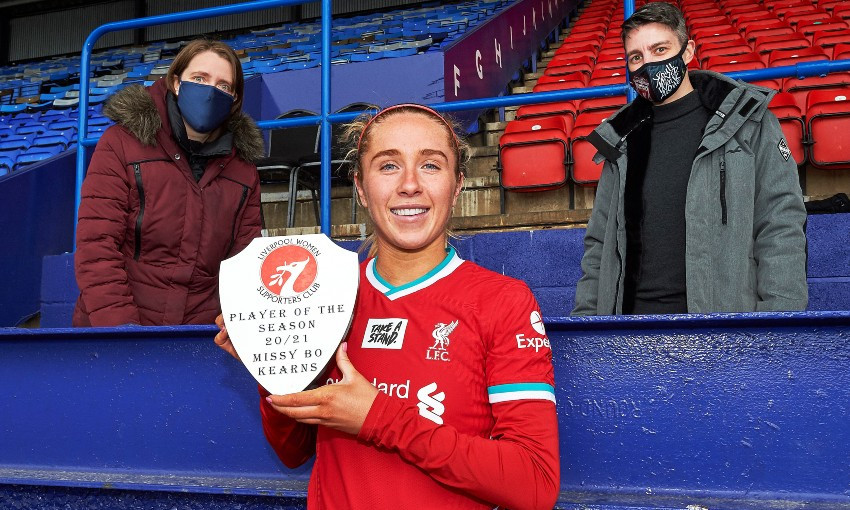 Liverpool FC Women fans have named Missy Bo Kearns their Player of the Season for 2020-21.

The Scouse midfielder came out on top in a vote by the independent Liverpool FC Women’s Supporters Club.

Committee members Jo Goodall and Philippa Smallwood were at Prenton Park last Sunday to present Kearns with her award following the final league game of the season, against London City Lionesses.

The 20-year-old said: “I’m absolutely over the moon to receive the award. I’ve only really become a regular starter this season so to be voted Player of the Year shows that after all the hard work, I’m doing something right.

“But I couldn’t do it without the other players around me and without the trust and faith that Amber [Whiteley] has placed in me, so massive thanks to them.

“It’s extra special to get it from the supporters. I’m a supporter myself and I remember when I used to vote in these awards.” 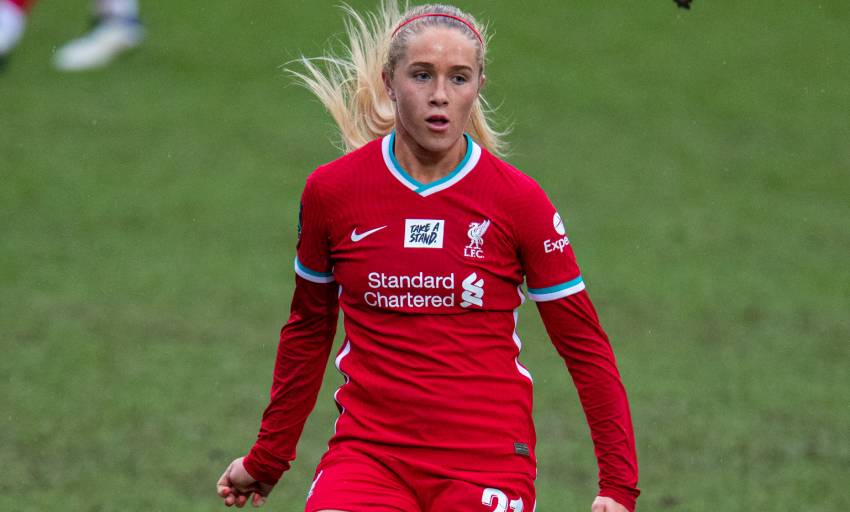 The Reds finished the campaign in third place in the FA Women’s Championship and Academy graduate Kearns believes it is a season that will stand them in good stead going forward.

She added: “It wasn’t quite the season we wanted in terms of getting promotion. But I think we’ve gained a lot of useful experience and learned lots of lessons, so we look forward to taking those into the next campaign.”

Kearns and the squad will now enjoy a short break before beginning their individual fitness programmes to get ready for pre-season.