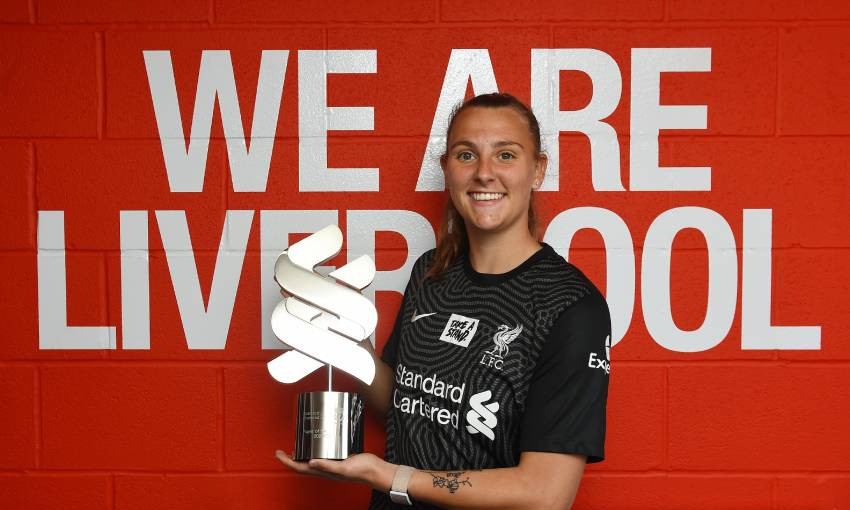 Rylee Foster has been voted Liverpool FC Women’s Standard Chartered Player of the Month for April.

The Canadian goalkeeper kept clean sheets in both of her appearances in the FA Women’s Championship during the month.

A shutout against Lewes Women at Prenton Park was followed by a dramatic, match-winning performance against Sheffield United in a game which effectively secured a third-place finish for the Reds. 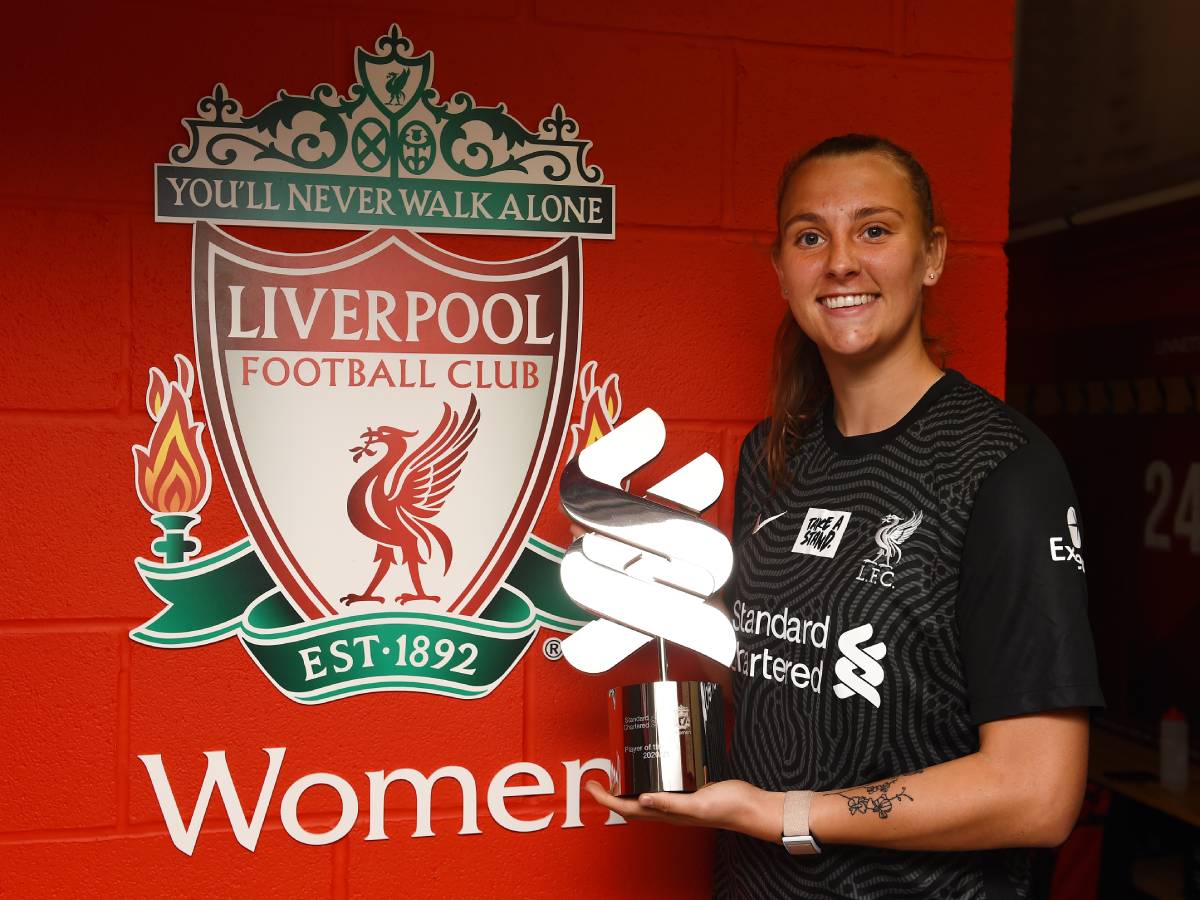 Foster faced two penalties during the Sheffield United contest, with the first from Katie Wilkinson clipping the outside of the post.

With the Reds ahead through Amalie Thestrup’s opener, the 22-year-old was then called upon to maintain the win in injury time when the hosts were awarded another spot-kick.

Foster flung herself low to her left to turn away Jade Pennock’s effort before throwing herself into a flurry of legs to bravely block the rebound as well.

The heroics came at a cost as the player was left concussed and forced to leave the game on a stretcher.

Foster told Liverpoolfc.com: “It was my chance to make my statement. I wasn’t nervous, I know I’m good on penalties and had a good feeling about it.

“I just think of it as what we do in training with lots of close-range drills. For me it comes down to a combination of instinct, athleticism and training.

“We have the stats on penalties and they’re helpful but I don’t like to rely on them too much.”

So, what does Foster remember of that heroic second save?

“You’re always working on the recovery save, the second save, in training,” she said. “So I didn’t even think about getting hurt, my hands were going to go wherever the ball was. To concede from the rebound would have felt insulting – ridiculous almost – to me.

“I think I was coherent after but pretty foggy. I looked down and the ground was moving. I remember getting on the stretcher and it felt like I was on a boat.

“It all got a bit grey in the locker room but a big shoutout to the medical team who looked after me. I always felt I was in great hands, everything was done so quickly and professionally.”

Foster also paid tribute to the players in front of her who allowed her to make her spectacular, late contribution.

She continued: “It’s the 10 in front doing their jobs which allowed me that opportunity. I actually had a pretty quiet afternoon against Sheffield and wasn’t called on much. Then I was needed in that big moment.” 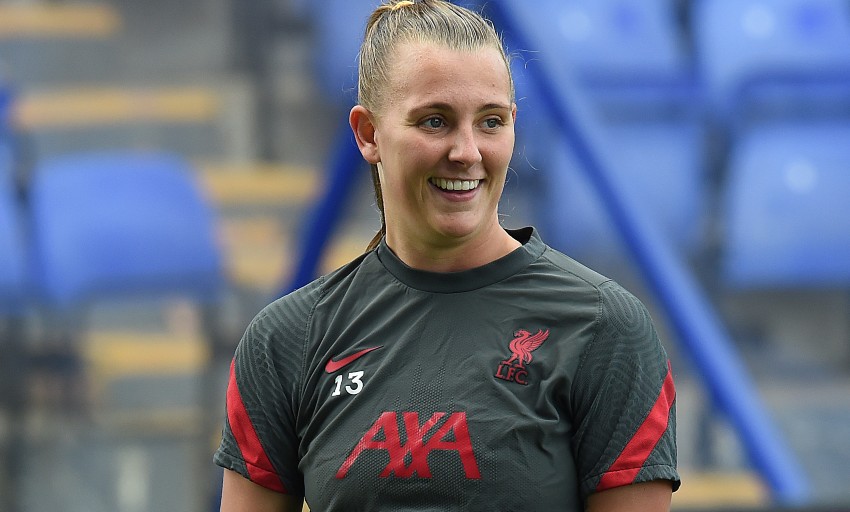 Foster had to miss LFC Women’s final league game against London City Lionesses on Sunday, but is now back to full health and enjoying getting back to her exercises again.

With Canada in lockdown, she is staying in Liverpool post-season and hoping for a call-up to the next senior Canadian international camp in June after taking part in the last two. The Tokyo Olympics later in the summer also remains tantalisingly on the horizon.

Sharing time with Rachael Laws in goal, it’s been an impressive season from Foster, who signed a new long-term contract with the Reds earlier this year.

“I made the decision to just make the most of my opportunities, to keep my consistency and make sure I was ready any time I was called upon,” Foster said.

“Making my full debut in the cup win over Man United meant a lot to me and my family.

“I always want to raise the bar, to move the team forward, to share my learning. I want to win trophies with this side and to get us into the Champions League in the future.”

Vote for April's LFC Women Player of the Month