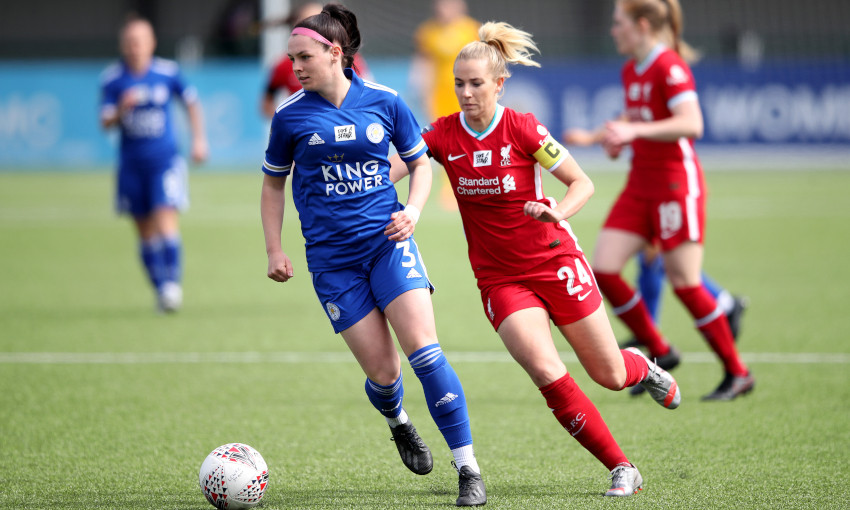 Liverpool FC Women were left frustrated after exiting the Vitality Women's FA Cup in a narrow 1-0 defeat by Leicester City Women on Sunday.

A Hannah Cain goal 20 minutes from time proved the difference in a tight game of very few chances at Farley Way Stadium.

Late pressure from the Reds almost brought an equaliser but a fine save from home goalkeeper Kirstie Levell stopped the tie going into extra-time.

The fourth-round clash started as a midfield battle, with neither side really able to trouble the opposition ‘keeper.

Leicester enjoyed better territorial dominance in the early stages but Liverpool grew into the contest as the half went on.

Still, goalkeeper Rachael Laws, returning from injury, had to be off her line quickly to deny the dangerous Natasha Flint an opportunity, taking a knock in the process.

The biggest chance in the opening period for the Reds was created by a fine run down the left by Melissa Lawley, who combined well with Kirsty Linnett, before the ball into the box brought an almighty scramble. Amy Rodgers was eventually narrowly denied.

At the other end, Sophie Howard rose well at the back post to head an opportunity into the ground and onto the bar, although Laws had it well covered anyway. 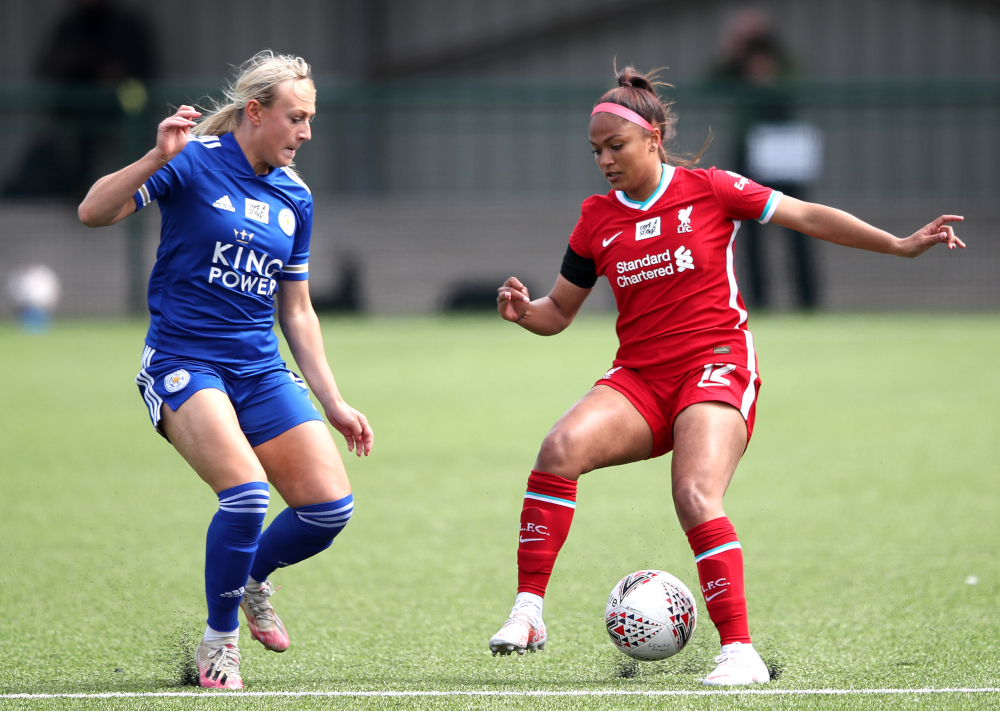 The interval saw Ceri Holland, back from international duty with Wales, arrive for the visitors to take the place of Amalie Thestrup.

Both teams were still struggling to create opportunities, though the home side almost made the breakthrough just after the hour mark.

A long pass out of defence found Flint and she was able to lift the ball over the advancing Laws, only for the ball to fall just outside the post. A minute later, the striker had another half-chance, this time dragging her low shot wide.

Becky Jane next replaced Missy Bo Kearns as the Reds sought to find fluency – however, Leicester took the lead midway through the second half. Flint robbed Laws on the edge of her penalty box and Cain was able to pass the ball into the empty net.

Liverpool captain Niamh Fahey and youngster Lucy Parry were also introduced from the bench by interim manager Amber Whiteley in the subsequent push for an equaliser.

Holland’s powerful break was denied by a last-ditch tackle, before Levell produced a great save to deny Parry after she met Taylor Hinds’ superb cross at the back post, meaning a frustrating elimination from the Women’s FA Cup.