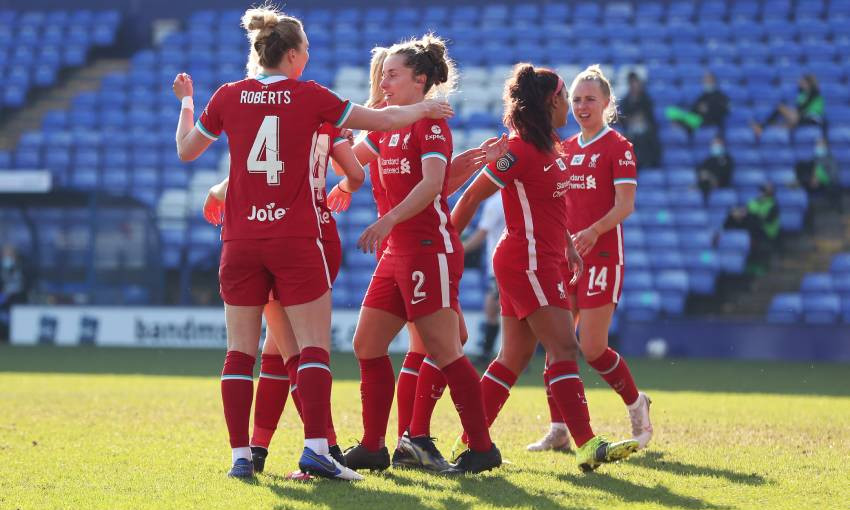 Rhiannon Roberts believes Liverpool FC Women can take inspiration from Bristol City Women's run to the Continental Cup final earlier this season when they kick off their FA Cup campaign on Sunday.

Roberts feels they can look to the example of Matt Beard's outfit, who made it to the showpiece occasion of the other women's domestic cup competition.

“For me, it's not a case of the league and cup being completely different,” the No.4 told the official Liverpool FC magazine. “Personally, I want to compete for everything and I know the rest of the girls do too.

“I know a lot of the girls from Bristol City and watching them get to the Continental Cup final this season, I was just buzzing. I thought, 'Do you know what, we could go on such a good cup run.'”

The right-back, who has been on international duty with Wales this week, says the team will also be determined to get one over the Midlands side after being edged out by 2-1 scorelines in both of this season's league clashes.

“The first time we played them we had a midweek game against Manchester United in the Conti Cup beforehand,” she said. “Although that's no excuse, that was a challenge on the back of winning that game against Super League opponents a few days earlier.

“Then in the second game at Prenton Park we had a player sent off just after half-time, so that was also tough for us.

“I think we're due a little bit of payback and the girls will think the same. We'll be absolutely 100 per cent wanting to win the game and get on a good cup run, for sure.”

To read the full interview with Roberts, order issue 104 of the Liverpool FC magazine here.