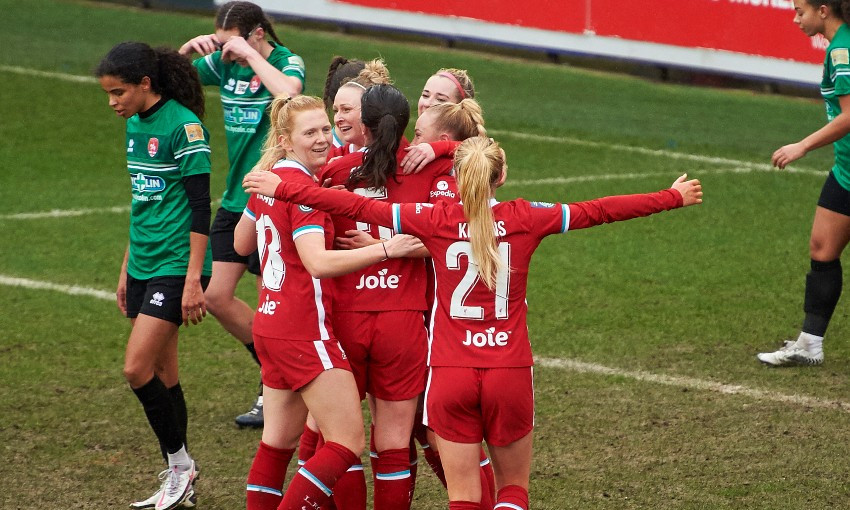 Niamh Fahey followed up her winner at Crystal Palace last week with the opener midway through the first half at Prenton Park, with Becky Jane doubling the lead a couple of minutes later.

Ceri Holland’s third goal for the club made it three in the early stages of the second period, before captain Fahey and substitute Melissa Lawley completed the scoring in what was an impressive and dominant all-round performance.

The Reds have now closed the gap to second-placed Durham – over whom they hold a game in hand – to seven points after their home defeat by Leicester City.

Amber Whiteley’s in-form side, who host Blackburn Rovers next time out, have four FA Women’s Championship games remaining this season and sit 10 points adrift of the table-topping Foxes. 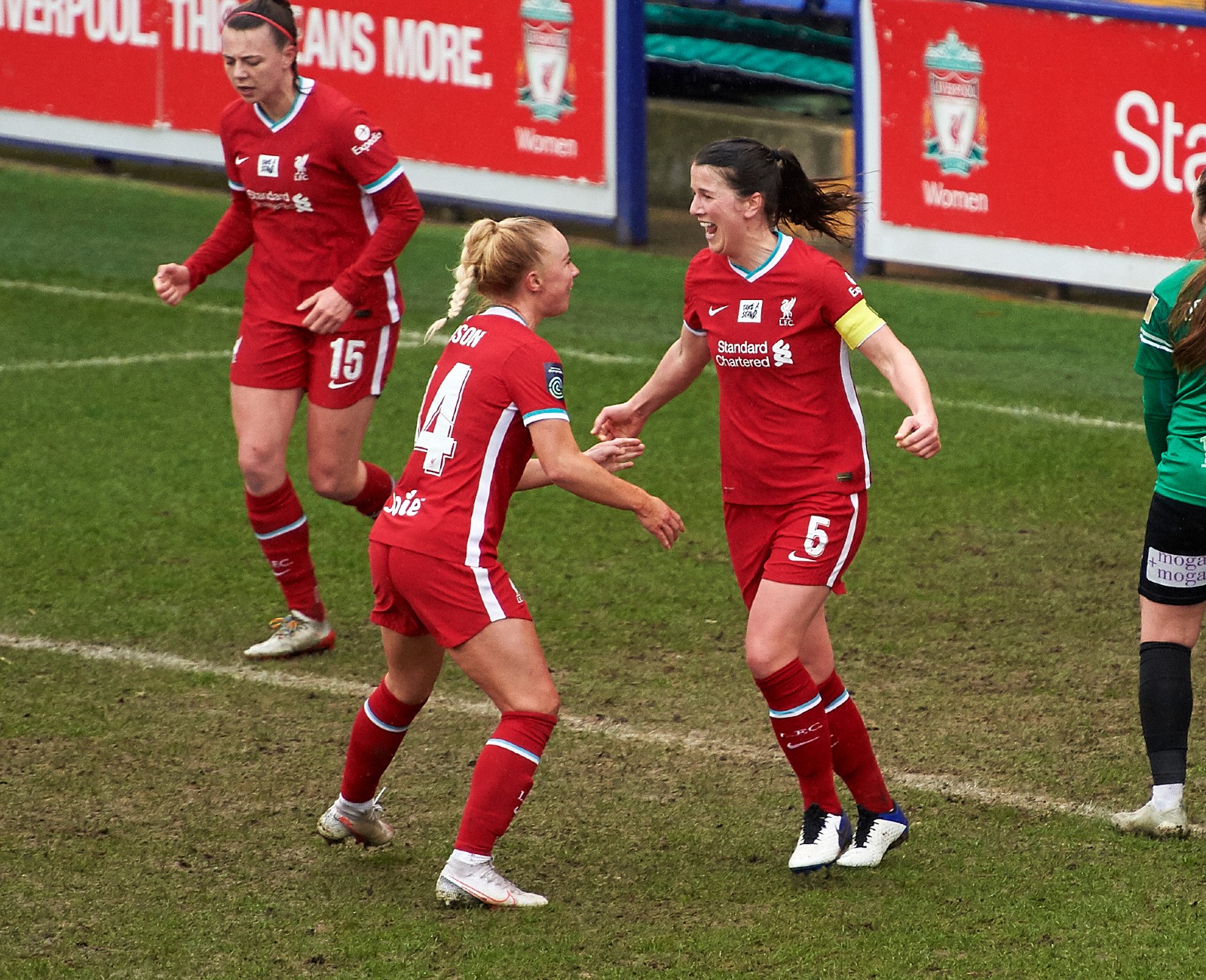 Missy Bo Kearns’ adventurous bursts forward from midfield caused Coventry problems from the off and one such run by the Scouser saw her earn the corner from which Fahey’s first of the afternoon came.

A scramble of sorts ensued after Meikayla Moore had headed Kearns’ fine set-piece downwards, and the skipper was on hand to smash the loose ball into the roof of the net.

The Reds were in no mood to wait for a second, either, as they netted again having regained possession almost immediately from the restart.

A direct, pacey surge down the left got Holland to the byline and she duly sent in an excellent cross that Jane converted from close range.

Whiteley’s team’s control was total, although Moore was indebted to Rachael Laws for ensuring they went into half-time with their two-goal advantage intact.

The New Zealand international under-hit a back-pass to her goalkeeper, which provided Destiney Toussaint with an opportunity. However, Laws got out to the forward quickly and blocked her effort. 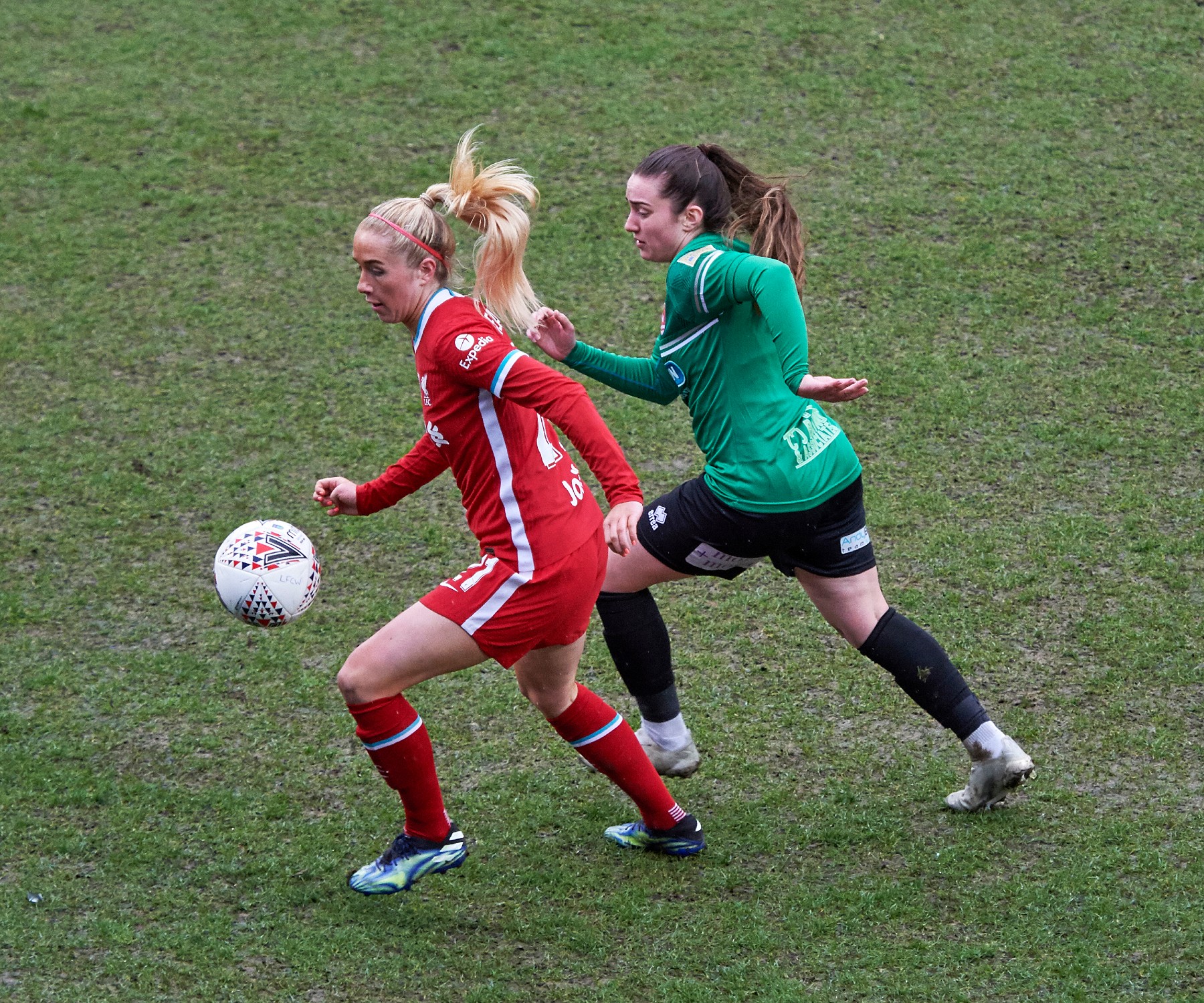 Sue Wood got the better of Holland in a one-on-one with two minutes of the second half played, but Coventry’s ‘keeper was helpless to prevent Liverpool’s No.18 from getting on the scoresheet soon after.

Jane returned the favour of an assist to her teammate by sending in a whipped cross from the right that Holland pounced on and finished smartly.

Holland then rattled the crossbar from 20 yards prior to Fahey’s third goal in two games, which arrived with 67 minutes on the clock.

Kearns was again the provider, and her cut-back from the right was guided home by the captain’s expertly-taken, first-time hit.

It was now a question of how many more goals the rampant hosts would score.

‘One’ was the answer, as Lawley applied the final touch following more tenacious and incisive work down the left by Holland late on.