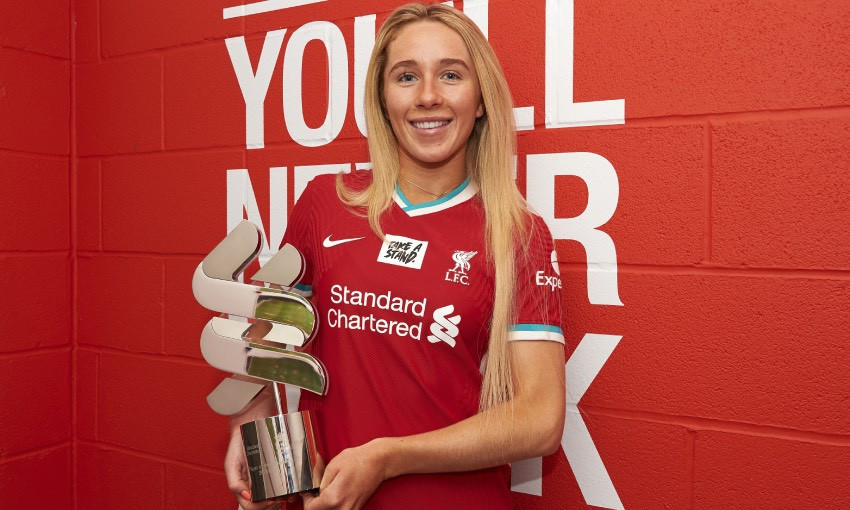 The midfielder has enjoyed a fine start to 2021 as she opened the scoring against Leicester City and then came off the bench last weekend to deliver the assist for captain Niamh Fahey's winner away at Crystal Palace.

A homegrown product who emerged from the club's Academy system, Kearns believes she is now becoming more established as a first-team player.

After collecting the award, which covered both January and February, the 19-year-old told Liverpoolfc.com: "I'm made up and thanks to all the fans that voted.

"I feel that all my hard work is starting to pay off now and it's nice to be recognised for that.

"When I'm playing I give 100 per cent and hopefully the fans have seen that. I'd do anything for the club."

The Reds are coming off back-to-back victories and are hoping to make it three in a row on Sunday when they host Coventry United Ladies – a game that will be shown live on LFCTV GO, YouTube and the official LFC Women social media accounts.

Kearns added: "Hopefully we can keep kicking on and getting good results. We want to get as many points as we can this season and lay strong foundations for next year."