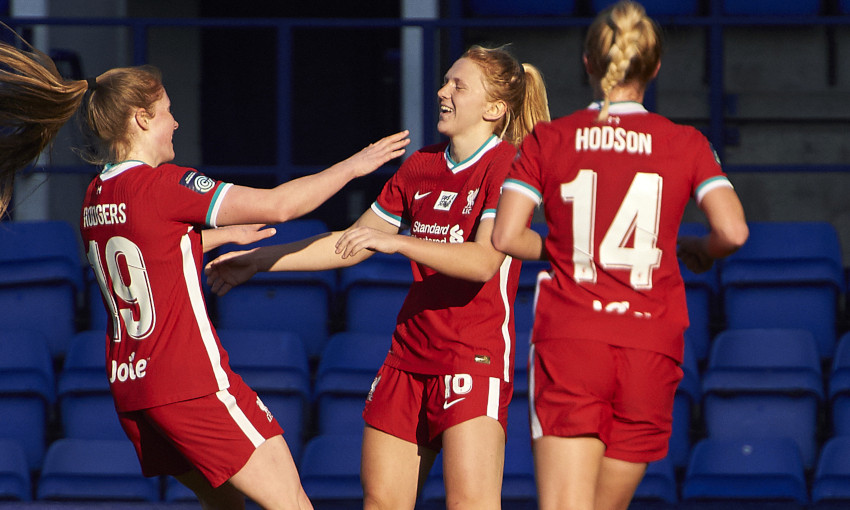 Liverpool FC Women midfielder Ceri Holland has been shortlisted for the FA Women's Championship Player of the Month award for February.

After joining the Reds in January, the 23-year-old came off the bench to make her debut away at Charlton Athletic and marked it with a goal.

Holland then made her first start for the club in the home clash with London Bees and netted again, slotting in the second goal of a 3-0 win.

At international level, meanwhile, the month also saw Holland called up to the Wales senior squad for the first time.

Voting for the February Player of the Month prize is live now, with fan votes contributing to the overall decision of an expert panel – and you can support Holland here.